October 31, 2014
Here is the intent: If Obama's scheme makes it through, there will be no further Presidential elections. This has been planned for a long, long time. One thing about the Communists, they are very patient as they quietly work toward the completion of a definitive goal ahead. 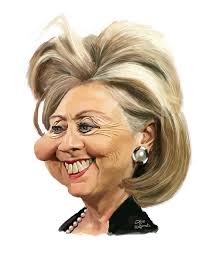 That goal, of course, is to see America turned into a Marxist Socialist Nation controlled by Communist Czars – and did you notice that the word "Czar" was never used in regards to government officer titles in the United States until Obama was placed on the throne? That term was only used in Communist Russia.

Obama was hand-picked and groomed at an early age. Born in Kenya, brought to America and put through the University, he was the ideal front runner for the new America. By him being black, and touted as The First Black President, his Communist handlers got it out that this would sooth "white guilt." To NOT vote for him would be classified as 'racism.' White Americans were made to feel guilty that they were white, whose ancestors enslaved blacks (so they were told). Then too, his handlers hammered through the media that anyone who disagreed with any of Obama's decisions was 'racist.' That was the ax in the hand.

One time after an especially horrendous mistake Obama made, which was addressed to letters to the editors, each would be followed with a rebuttal (carefully crafted) stating, "That writer can not stand the fact that a black man is in The White House."

The Communists are scheming for the Ferguson, Missouri incident to be the fuse that explodes into a national race riot. That is what Jesse Jackson and Al Sharpton are hoping to accomplish since this would put citizens at war with themselves in a new civil war while at the same time sapping the strength out of America, making her easier to control.

So how did the Communists manage to keep Obama's birth certificate and university papers (which listed him as a "foreign student") out of sight? As stated above, the Communists slowly managed to work their way into key positions in the U.S. Government, corporations, the schools, and even the churches. They were in a position to block any inquiries about Obama and to humiliate anyone who suggested that his paper work was flawed.

It is no secret that Obama's sponsors and pushers were and are, The Communist Party USA (CPUSA). These days, what was once kept in secret, is now in the open. They have inserted themselves into every facet of American Life and can gang up on critics or questioners. They also control the media.

After a lot of noise over his birthplace (which MUST be in the U.S. to run for president), Obama managed to produce a so-called long form birth certificate from Hawaii. I must have been the only one who looked at it carefully, and noticed some changes in font that would never be on a legal instrument. Furthermore, in the "race" box in the early 1960's (August 4, 1961)a black person born would NOT have been called an "African American." That came much later. The term used then was, "Negro." It was an absolute fake.

It is to be noted that I have seen the actual birth certificate from Kenya. I got into the site of the Kenyan newspaper and found it. Shortly after, that entire thing was scrubbed from the newspaper site.

And by the way, one who worked in the Hawaii statistics office died mysteriously.

"But wasn't he voted in?" NO. Absolutely not. Voting machines were rigged to turn every vote to Democrat. Illegals were bused into Detroit (Samoans) who were NOT citizens. The dems brought them in – HUNDREDS – showing them how to use the machines.

This is just ONE of the thousands of voter fraud situations. Those coming across the borders are escorted to the voting booths. And Obama's handlers has tried to make it racist to ask for Voter ID. They say that this is discriminatory towards blacks and Hispanics who are blocked from voting. Getting a voting ID would cause a financial hardship (?) and prevent them from voting which would be a violation of their civil rights. This was shouted from the rooftops.

BULL TWINKIES: In order to enter any Federal Building one must present a photo ID. To get their welfare checks, food stamps, free medical care, and section 8 housing, one must have an ID. So they do all have IDs except newly arrived illegals.

Who can forget the black woman who received an iPod from Obama. When asked who she would vote for, she said triumphantly, "I'm a'gonna vote for Obama cause he gives me stuff."

There were so many votes cast by dead people that they should set up a voter polling place at each cemetery.

The CPUSA had a voting process – even though rigged in every respect – to give America the ILLUSION that a candidate was being democratically voted in. Be sure and see my story, New Clothes Without an Emperor which gives inside details of that Election Victory Celebration in Chicago's Grant Park the evening the votes were counted. A real eye opener. Here is the direct link to that story on my website: http://revaustinmiles.com/index.php/more/643:

If all works according to plan, there will be no further presidential elections. Obama will declare a crisis (he can pick from a large number of those) so he can use Executive Privilege to declare himself President for Life, which he fully intends to do.

I have known this plan from the moment Obama was placed in the Oval Office.

Now others are seeing this. World Net Daily (WND) just had a story about the woman prophetess who had foretold President Ronald Reagan's assassination attempt. She was given this during a Sunday night church service in March of 1981.

When she received the message, Glenda Jackson said that President Reagan would be shot, but he would not die. This was so firm in her mind that she had every one stand up in prayer for him.

A couple of weeks later, March 30,1981, President Reagan was shot outside a Washington Hotel, exactly as she predicted. And he did not die. Ms. Jackson appeared on the Sid Roth TV program-It's Supernatural- and it was told that she had prophesied the demise of the Berlin Wall and gave specifics in great detail of both Iraq wars.

On that recent program, she stated that this next presidential election is NOT going to take place, that it will be suspended because evil is going to rise. She then said to Mr. Roth: "He (God) showed me that if Christians don't pray more than they ever have, this is what is going to happen."

So what about voting? Is is useless? NO. We must turn out in greater numbers than we ever have before. Vote straight conservative. The enemy will then see that America has her back up, standing firm and they will back off a bit if they see this massive turnout. They will see our strength. This we MUST do. Please make Tuesday a priority for the sake of America.

The greatest defense we can all have now is to pray like never before. We must pray that those true Americans in congress and the senate will take the necessary steps to get Obama out of The White House without further delay. Otherwise, America will be no more after 2016.