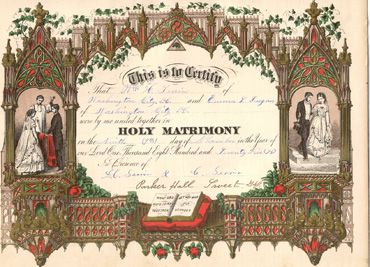 Obama's greatest ally is the Marxist ACLU which carries a loaded pen ready to fire off a brief at any expression of Christian activity that might be seen or heard by the public. The Basis? 'Violation of the Separation of Church and State.' Is it now? But how about the State ordering/demanding that the Church partner with The State for the furtherance of state political goals that have nothing to do with the church? Here is but one example:

The Jury Duty notice was insistent. I was required as a citizen to report on that particular day and time to serve the State in judging and convicting a citizen.

My immediate response by phone (as demanded), was with a request to be excused by Religious Exemption since I am a minister and chaplain.

"NO" the clerk shouted, "you MUST answer the call to jury service as a citizen, that is the law!" I tried to reason that I cannot be seen sitting in judgment of anyone since I am also a chaplain who responds to many crisis calls. If one day I am called to a crisis situation, and the person causing the problem (such as a hostage situation), should recognize me as one of the jury in judgement of him or her, not knowing how I voted for a conviction, could complicate the crisis from being averted. It might even provoke violence.

The hostile clerk barked firmly, "I'm telling you, for the last time, you either come to serve on the jury or you will be put in prison!" My response was, 'OK, tell me where to report for prison, but be advised, if that arrest takes place, I will see to it that starting the next morning, prayer will be back in every public school in America.

'This action by you, representing the state, demanding that I, representing the church, MUST be in partnership with the State to help convict a defendant, which is State business, PROVES that there is NO Separation of Church and State. So again, please tell me where to report.' The phone went silent. Shortly thereafter, a notice was received that I was excused from jury service.

The State much earlier demonstrated that there really is NO separation of Church and State. In the very early 1900's they decided that the administration of marriage, which was from the beginning a total church function, must now be in partnership with the State, with the state profiting by charging a mandatory fee for the "official State marriage license," which gave them the entry to dictate how marriage ceremonies would be performed and to control the couple along with their children.

The State muscled in like the mafia to declare through their legal systems that a marriage is no longer valid unless a State license has been obtained (or rather purchased-like a dog tag license), even though a church wedding would be performed. It is interesting to note that during that exact same time, the first Socialist-Communist organizational meetings were held in America.

I have been one who has passionately objected to this state interference in a sacred church function. And as to be predicted, when the State bulldozed its way into church affairs, things begin to come apart, fall apart and even collapse.

Over the years I have seen the REQUIRED State marriage license change from the listing of "Bride" and "Groom," to "Party One" and Party 2," as the State paves the way for same sex couples or any other combination to, yes, get "married."

This is a vile perversion of the basis of marriage as originally ordained of God. What is worse, the government is now demanding that ministers of The Gospel perform same sex marriages whenever requested/demanded or face steep fines and possible prison time.

The Christian magazine, First Things, has now taken action en masse regarding this state interference with the rights of ministers to perform their duties as dictated by the Gospel, which comes under the heading of "Freedom of Religion."

Supporting this issue, more than 300 pastors and laypersons have signed a pledge to "no longer serve as agents of the state in marriage," according to Christianity Today. First Things Editor R.R. Reno is presenting the pledge. Pastors-sign on.

The pledge argues for a voluntary withdrawal from the civil side of marriage, to recognize and continue with church practice of marriage only as originally ordained of God. The state Civil Ceremony could continue separately as an avenue for same sex couples, which would be given by a court employee or Justice of The Peace. Those two MUST be separated.

The State is not a friend of God. Obama has made it practically illegal for even military chaplains to say the name of Jesus during chapel services or even funerals. And he has pushed for the dismantling of traditional marriage.

Pastors must join in standing firm against the State as it attempts to not only eradicate God from our society but to pervert sacred practices of the church. That stand must be taken NOW. It is time for true Remnant Pastors to take back their pulpits.

Photo Caption: A Marriage Certificate as Given by The Church