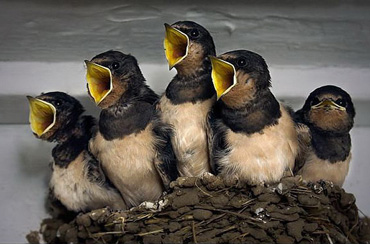 ROME 12/14/14 – At last I can totally agree with a current Papal Proclamation. OK-OK it is not officially a proclamation but it might as well be since thousands of people have responded with a big AMEN when this was published in The New York Times this past Friday (12th).

Pope Francis told a distraught little boy in St. Peter's Square, whose dog had just died, that: "Paradise is open to all of God's creatures." That statement went viral.

Animal protection agencies were joined by multitudes of animal lovers in rejoicing over what Pope Francis said, especially since Catholic theology has long stated that 'animals cannot go to heaven because they have no souls.'

Author and professor of Christian ethics at Fordham University, Charles Comosy, said that one thing for sure, these remarks by the Pope have caused a new debate on this subject.

This latest pope took his name from St. Francis of Assisi who became known as "The Patron Saint of Animals." In one of his biographies it is told that while walking in the woods, St. Francis encountered a huge flock of birds that gathered in the trees and on the ground near the man of God. As they did, it was said, he opened his arms and preached a sermon to the birds, that began, "My sister birds...."

When his sermon ended, it is written, all the birds rared up and beat their breasts with their wings and tweeted loudly in response (and this was way before Twitter).

This probably is authentic since many preachers today deliver sermons that are for the birds.

This question has been debated since the beginning of church history. Pope Pius IX, who led the church from 1846 to 1878, longer than any other pope, strongly supported the doctrine that dogs and other animals have no consciousness. He even sought to thwart the founding of an Italian chapter of the Society for the Prevention of Cruelty to Animals, according to the NY Times Story.

Pope John Paul II reversed Pius in 1990 when he proclaimed that animals DO have souls and are, "as near to God as men are." But as Times writer, Rich Gladstone reported, The Vatican did not widely publicize his assertion, perhaps because it so directly contradicted Pius, who was the first to declare the doctrine of papal infallibility in 1854.

It is unfortunate that Pope Benedict rejected Pope John Paul's view and stated in a 2008 sermon that when an animal dies, it "just means the end of existence on earth."

The Humane Society's Ms. Gutleben said that this verifies that animals mean something to God and that we should consider how we treat them. Can anyone say Amen?

The possibility that the pope's remarks may spark a move to not eat meat could affect the multibillion-dollar beef, pork, poultry and seafood industries.

Considering the cruel caging and treatment of animals awaiting their fate, then the brutal slaughter, I stopped eating meat long ago. I would feel like a traitor since I would be eating my friends, not caring how they got to my plate.

It is time to realize that animals are not ours. They are God's. St. Francis of Assisi, who believed that animal souls were immortal is still celebrated for his love of animals. He is not the only dignitary with these sentiments.

John Wesley, who founded Methodism, spoke of the 'eternal souls of animals.'

"For myself, I have no doubt that animals will have an afterlife," says the Rev. Andrew Linzey, ethics professor at Mansfield College at Oxford, who holds the academic world's only post in Animal Theology (reports the Epiphany Bible Student's Association Newsletter (Jan-Feb-1999).

Rev. Linze continued; "The question isn't whether they will be there in heaven, since they are sinless and innocent. The real question is whether humans, who are violent, sinful and faithless will be there."

Billy Graham puts it this way: "God will prepare everything for our perfect happiness in heaven, and if it take my dog being there, I believe he'll be there."

Dr. Martin Luther King stated: "Never, never be afraid to do what's right. Especially if the well-being of a person or animal is at stake. Society's punishments are small compared to the wounds we inflict on our soul when we look the other way."

Some of these insights are excerpted from my upcoming book, Angels Unawares-4-Legged ones, with the subtitle, What The Church Didn't Teach Me, I Learned from My Poodle.

To see more on this subject of dogs going to heaven, click this link, which will also give access to the 11 part series on God and Animals: