March 10, 2015
SAN FRANCISCO, CA (3/9/15) – The government broadcasting network, PBS (Public Broadcasting Service), presents some great documentaries, lectures and of course, Downton Abbey, which puts viewers into a time capsule whisking them back to early 1920's England producing the eerie feeling of actually being there. It is that realistic and effectively done. 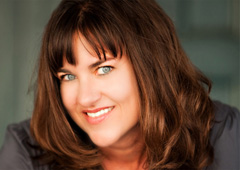 Last week, Dr. Lissa Rankin presented a lecture titled, The Fear Cure, dealing with nagging fear that rages through much of the population. Dr. Rankin is a gifted national speaker; lecturer and psychologist (as well as medical doctor) who captured my attention since attending or seeing a lecture on psychology is always a priority when one is available.

She addressed the fears that we all have, braking these down to bad fears, (over things that probably will not happen), and good fears, (productive) such as when a robber invades your home prompting the' fight or flight' reaction.

Her thesis is to have one set of fears cancel the other set of fears so that one will have no fears at all. One must clear all fear out of your mind. It is mind over matter. One way to do that is Yoga, which she practices.

She quoted prominent Buddhist practitioner-writers which made sense considering her presentation. To become a Buddhist, one must empty his or her mind, getting out all clutter and things of this world that can take one's eyes off the divine spiritual forces of Karma. That includes all knowledge.

There are many things to be appreciated in Buddhist thought, but this is not one of them. Even though Buddhism has become a major religion, the man who became the Buddha, Siddhartha Gautama, never intended to be worshipped as a god. He was a prince, raised in a palace, and one day changed into street clothes to go out of the palace for the first time to see what was out there.

He was shocked by what he saw, the suffering and poverty, and vowed to help all those who were in that bottomless pit. He became, "The Enlightened One, or, "The Buddha" who offered verbal philosophy to assist them in getting through life in peace.

Early in her lecture, Dr. Rankin projected where she was coming from when she referred to a higher power, instead of God, a New Age concept. Any belief in something higher is referred to as spiritual.

Spirituality is prominent in New Age writings and lectures. Of course, New Age states that everyone will go to heaven as long as they are decent people. Christ has nothing to do with it. Indeed, Jesus is not even in the picture.

She did yield to the fact that those who believe in a particular god or religion may find help in those beliefs in conquering their fears; a generic and patronizing concoction.

Throughout the lecture, she sowed medical language and clinical terminology for brain functions that stimulate the various fear problems that harass us, giving authority and legitimacy to her lecture and solutions. God was not invoked in any of this.

This kind of teaching is what has taken over our education system along with life in general and has produced nothing substantial or lasting. The problems addressed would have been more viable by using biblical counseling, which provides the anchor to all of life's problems.

First of all, there is no such thing as bad fear .It is either fear or it is not. Her "bad fear" would be more accurately described as a concern which is a warning mechanism to proceed cautiously.

To work to erase from your mind these warning signs is foolhardy and is irresponsible for those teaching this fallacy.

I know what fear and anxiety is like, having suffered it for a couple of years. It was disabling. Going out someplace or meeting someone triggered it, and even when dusk approached, panic mode took over. Yes, I was even afraid of the dark.

Christian friends, only a couple that I trusted with this personal information, tried to point me to Scriptures regarding fear, but they were simply words that had no effect.

Then by accident one day in my study, I came across 1 John 4:18: "There is no fear in love; but perfect love casteth out fear: because fear hath torment. He that feareth is not made perfect in love."

I read that over and over, then drove out to an old cemetery in the hills near an old mine where there was a big tree over a bench to mediate on that Scripture. I returned there every day for a week. I asked God to teach me how to really worship Him. And is love the answer?

Then I examined "perfect love." What is that? God loved us even while we were sinners. That means unconditional love. Love even if we don't worship him.

Then the question: Do I have unconditional love for God? Do I really love God, even if He does not answer prayers, or our desires instantly as though He is a push-button vending machine, then move on with no further regard for Him?

So what about God? If we truly love God unconditionally, we can automatically trust what He says in His Word. If we line up our need with Scriptures, and live our lives according to Scriptures, that combination will indeed bring the desired results.

God's Word is true because God cannot lie-Numbers 23:19. If I love God unconditionally, I can believe what He says without question.

The proof? The fear, anxieties, including the fear of the dark that had plagued me, almost disabling me, DISAPPEARED! I had been set free.

Sometime later, I attended a regional meeting of The National Religious Broadcasters, in Los Angeles. One of the speakers, Al Kasha, was a two time Academy Award winning composer- song writer. I was astonished when he mentioned how he had the very same symptoms of fear and anxiety as I had, then told how God brought him through that in victory.

I had no idea that anyone else had experienced this and kept it quiet thinking it would appear as if I had lost a rudder.

After the talk I spoke with him thanking him for testifying about this and how I felt like the only one who had gone through it, convinced that I was losing my mind and how I wish I had met him years before. It might have saved me from a couple of years of anguish.

And, this testimony, even though condensed, is being made public with the hopeful outcome of touching any of my readers who may be experiencing the same thing and feel you are alone and doomed. You are not. God WILL pull you through it if you truly reach out to Him..

This is where the New Agers totally miss it. Please, for all of your sakes, trust God in your life rather than all of these "religious spiritual" paths that lead only to destruction..

CLOSING NOTE: When I learned how to love God unconditionally, it was discovered that I now loved my family and everyone else with more love than I would be capable of normally exhibiting.

But whosoever hearkeneth unto me shall dwell safely, and shall be quiet from fear of evil. Proverbs 1:33