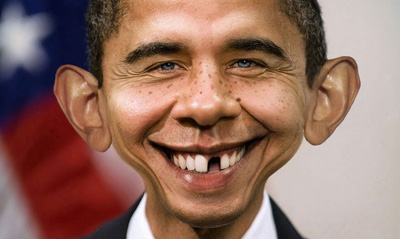 WASHINGTON, D.C. (3/11/15) – A newsletter had just been sent to Northern California Chaplains who had trained under me, extolling the accomplishments of individual certified graduates, when a message came in stating that Obama has taken action to destroy yet another military chaplain for, well, being a chaplain.

Lt. Commander Wes Modder , a decorated U.S. Navy Chaplain has been removed from duties and will ultimately be forced out of the military. A military he served with honor as a member of the most elite fighting force, The Navy Seals, and still serves as a skilled chaplain.

And what was his crime? Chaplain Modder gave biblical views of sexual morality, including homosexuality, when counseling another officer. He expressed his views that sexual acts outside of marriage are contrary to biblical teaching.

And who turned him in? Captain Jon Fahs, his Chaplain's Assistant who, it turns out, is "gay." And how did Fahs manage to take him down? According to Tony Perkins of Family Research Council (FRC), by asking a lot of questions meant to entrap him about homosexuality, which Chaplain Modder answered to the best of his ability in accordance with the Bible's teachings. Snake in the grass!

The result? The Pink Mafia has again torpedoed someone's career simply because they will not accept and promote the "gay" lifestyle. And this is going to stop. People with an alternative lifestyle that goes against the norms of society should be stopped cold from having any authority to put shop owners, florists, cake makers, wedding venues and photographers who do not agree with them out of business and to be able, with Obama's help, to destroy military careers, if their targets do not pledge to fully endorse and enforce the "gay" lifestyle.

It is ONLY the help of Obama that allows them to have this 'power' to ruin people's lives. The government, congress persons and senators could immediately put a stop to this but will NOT except by pressure from the public. We cannot just sit this out. Contact them. NOW.

This is yet another example and result of Obama ordering 'gays' to be able to serve openly in the military, causing chaos and loss of morale. And it is widely believed that Obama is 'gay.' Photos from his life, that we have seen, would seem to verify that fact.

Thanks to Obama, Bibles are being seized from navy lodges, cadets ordered to erase Scripture from personal white boards, and chaplains hauled before boards of inquiry. Under the fraud in the White House, military chaplains are prohibited from saying the name, Jesus, in their chapel services, and even worse, during flag presentations to families of deceased service personnel – not get this – are prohibited from saying, "God Bless You," at military funerals.

Obama is the face of the anti-Christ. I am as much opposed to this Muslim sympathizer Communist as was Dietrich von Hildebrand to Adolph Hitler's socialist Nazi empire and The Third Reich. During that uprising, the people passively watched as horror gradually crept in, exactly what is happening in America today.

If Obama spent as much time and effort in defeating ISIS as he does declaring war on Christian Chaplains, the war would be over . However, there is no way that he would, on a mass scale, attack and kill his own people. He will only kill some for show. He must be rightfully removed from office. Hopefully these columns will immunize readers from being consumed by Obama flu and work towards Obama's quick retirement, for the sake of America.

Join us in taking a stand against the disgraceful conduct of the U.S. Navy, under the command of Obama, of removing a dedicated chaplain by contacting Secretary of the Navy and Defense Secretary Ash Carter and demand Chaplain Modder's immediate reinstatement. It is up to us.

As for the "gays," there is no objection to doing what you do behind closed doors privately. Everyone to his own hobby. We just don't want it publicly pushed in our faces, any more than we desire that leg men, boob men, butt men and golden shower men detail their activities to us. This shows utter lack of reserve, class and dignity. We will respect your privacy, and you must respect the privacy and moral sensitivities of others. It goes both ways.

"For it is a shame EVEN TO SPEAK of those things which are done of them in secret." Ephesians 5:12. (emphasis mine)

Photo Caption: Obama Has No Worries