March 31, 2015
MARTINEZ, CA (3/30/15 – Charges and lawsuits must be filed against corrupt district attorneys who purposely engineer false convictions of innocent people for their own gain. These greedy low-life's are consumed with lust for power, high position and money. 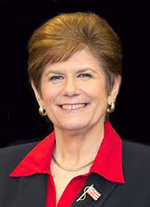 They receive government grants (money) for every charge they issue against a citizen and a larger grant when a conviction is obtained, sending the defendant to prison. This kind of coveted leadership serves to stroke an all consuming ego that must constantly be fed at the expense of others. These are the district attorneys of today.

Indeed, there is now a compelling urgency to revamp the entire legal system of the United States to re-establish the law as envisioned by The Founding Fathers, who intended that laws be implemented with justice and fairness.They also believed that a man is innocent until PROVEN guilty, a respected philosophy that has since been tossed aside by today's ambitious D.A.s.

All these fraudulent careers must end without further delay. This type of law manipulation for personal gain causes unspeakable damages to victims of the system. It results in citizens no longer trusting the government, experiencing low morale and a decrease in productiveness for society as a whole. Many live in a what's the use? syndrome. It then becomes an us against them mindset which weakens the entire nation.

The Contra Costa Office of The District Attorney in Martinez, California is a perfect example. They recently instituted a Conviction Integrity Committee supposedly to re-examine manipulated suspicious cases. That committee had no doubt been influenced by The Innocence Project started by legal students to re-examine questionable cases that have wrongly sent people to prison. Their research PROVED the innocence of many who had already spent decades in prison whom were then freed.

This organization has earned solid respect from the public who thoroughly supports it. And THIS is what prompted the corrupt Contra Costa County legal system to adopt what appeared to be a similar program to assure the public that they were only interested in justice. This bogus committee is an illusion, carefully crafted to mislead the public even further.

I made an appointment and went to them to discuss an absolutely counterfeit case that had come out of nowhere against me in 1994, filed by D.A. Gary Yancey who was up for re-election and portrayed me as an enemy of law enforcement in order to gain endorsement from the police which he did not have. You can see more about that case by going to this link: http://www.renewamerica.com/columns/miles/150128

There is no way that they could not declare this case null and void after looking at the excellent evidence and docmentation I provided including the statements of the judge as printed in his own report. The point was, they had no intention of declaring this case fraudulent. This entire "commission" is a ruse. 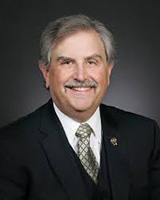 Here is a part of DA Rogues Gallery, all of which must be confronted with lawsuits and sanctions. The lawsuits should demand that for each year an innocent citizen spends in prison due to a false conviction, the settlement should be no less than one million dollars per year of incarceration. Nothing less will suffice. Plus these prosecutors should be banned from any legal activity for life. Here is the beginning list:

You can see Glesty's story by clicking this link: http://www.renewamerica.com/columns/miles/150323 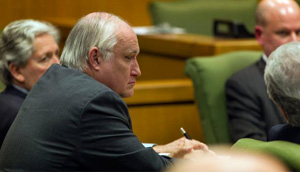 Georgetown, Texas D.A. and Judge Ken Anderson who railroaded Michael Morton. Anderson DID face charges against him and served 5 days in jail – just a slap of the wrist – but it is a start. Here is the link to that story:

Contra Costa County D.A. Gary Yancey, now retired but still responsible, who railroaded me in a totally false action that cost me my entire life savings plus public scorn, along with some health problems, and Former County Supervisor Gail Bishop who, in another purely political case with false evidence, was not only convicted but spent time in jail. She has never gotten over this and the loss of her good name.

We must organize a legitimate Conviction Integrity Program based upon the Innocence Project, dealing with a wider range of defendants who have suffered through the corrupt American legal system. This can be corrected. It MUST be corrected.

One more thing: Attorneys who lie for their clients to try and get them cleared, must be punished. An example: All are aware of the staged false kidnap of a young woman, Denise Huskins, in Vallejo, California and Mare Island on March 23rd.That case was suspicious from the moment it was reported that a ransom note for $8500 was found. (?)

Her boyfriend, Aaron Quinn, who was with her when it supposedly happened, did not report it for several hours. Vallejo is stretched with their small police department, yet utilized everyone there to find this victim while other legitimate police needs went unanswered.

That victim showed up a couple days later in the home of her mother in Huntington Beach, California, 400 miles away. The attorney for each of them gave incredible defense testimony regarding his clients which I saw on area TV newscasts. The lawyer for the boy friend, Daniel Russo, proclaimed that his client had been drugged, bound with tape and tied up by the kidnappers. That fact was not in the news reports. It did not happen. This is but one example of lying by defense attorneys to get their guilty clients off the hook, for which they, the lawyer hucksters, receive huge fees.

Closing Lawyer Statement; Lawyers must be heavily penalized and lose their law licenses for lying to defend his or her paid clients. Plus we must overhaul the plea ceremony. When a defendant KNOWS he or she is guilty, and the attorney KNOWS that defendant is guilty, a Not Guilty plea should NOT be allowed. That would be a lie.

Pleas should be truthful, otherwise it is lying under oath which is perjury. An ethical lawyer is to be certain that the guilty defendant receives his legal rights in a case only, not to falsely declare he or she is "Not Guilty!."

John Adams was the consummate lawyer who truthfully plied his trade with honesty and integrity. And he was a very successful lawyer. He should be an example to all lawyers today who should seek to clean up their profession and bring trust back into their careers. That trust was lost years ago.

We need professional ethical lawyers to clean up that profession and restore trust to our legal system. They are the key to seeing the above suggestions take place. This can no longer go on as is today. Legal careers should be honorable in every respect. And it will be if action is taken.

I urge all readers to put this story on your social media and get this out as widely as possible so people are aware and are given ideas of how to make this change, for all of our sakes and for the sake of America. Fellow Journalists, I urge you to do stories of your own about this topic and help us to organize and see that a change takes place in a legal system that hurts and threatens us all.

No photo of Contra Costa County D.A. Could Be Found