April 22, 2015
This is not about church revival even though that could be examined, considering the effect it produced. The urgent necessity of a New Great Awakening is profoundly required if America is to survive beyond 2016. If people do not awaken from their trance-like sleep, it is doubtful that America will continue to exist before the end of this year.

The original Great Awakening began in 1735 resulting in waves of continual revival on both sides of The Atlantic, which manifested through the mind and preaching of Jonathan Edwards, who became known as " the most powerful and effective preacher ever heard in America." 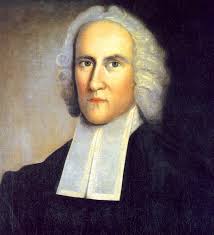 Yet, this preacher who could move a nation with his words, could easily have been considered the least likely to have such an impact. Indeed, he lacked in rock-star good looks, charismatic personality, energetic movements, flashy productions going on around him and Teleprompters to keep him on track.

On the contrary, Rev. Edwards was six-foot one-inch tall, with hunched shoulders, looking emaciated with a bird-like beak for a nose, clutched his sermon notes close to his eyes because of his shortsightedness, while his other hand held a candle to illuminate his text. His voice was weak and monotone which might, in the hands of another affect a cure of insomnia. And his face was the very map of solemnity.

However, he had a secret that made him a giant in church history. He did not realize that he harbored a secret to success nor sought it. It was simple. Jonathan Edwards was totally sold out to God, holding nothing back. His time was spent in studying the Bible and on his knees in prayer seeking God's presence in everything he did. His total dedication to God and living a biblical life enabled God to anoint every word he spoke with profound results.

According to David Larson in his book, The Company of Preachers (Kregel Publications-1998); "When he preached his famous sermon, Sinners in the Hands of an Angry God, on July 8, 1741, the congregation cried out so loudly that the sermon could scarcely be heard. In terrible agony, some chewed on carpet. Others tried holding to the pillars of the church lest they slip into hell."

He did not need gimmicks or Hollywood productions or even 5-powerpoint presentations. It was entirely based upon his own personal dedication and devotion to God who anointed the words he spoke with power.

There are many pastors who wonder why their attendance is low and their messages not getting across. They let their minds wander into secular territory instead of devoting their lives only to the purpose of God. Rev. Edwards proved that good looks and dynamic personality only stirs 'much ado about nothing.' And he moved a world to revival with his sermons.

The New Great Revival concerns not specifically a church but a country greatly blessed of God for many years after its founding. But minds became captivated by an encroaching new progressive society and now this same country, once wealthy and a major world power, has now slumped to the mentality and appearance of a third world dictatorial land possessed by a corrupt government.

So what IS going on in America at this moment that causes us to fervently seek a new great awakening?

Let's begin with the New York Times which once was a newspaper. According to Religion Today, one of its star reporters, Frank Bruni, wrote a column (4/9/15) stating that "The Bible keeps Christians stuck in ancient beliefs and should be re-written to be more accepting of the LGBT community." Will Mr.Bruni present this idea to God? Doubtful.

Bruni also writes: "Homosexuality should not be deemed a sin. All of us, no matter our religious traditions, should know better than to tell gay people that they're an offense. And that's precisely what the florists and bakers who want to turn them away are saying to them." No, those bakers and florists will gladly serve them but not participate in an event that would be an affront to God. Most any reasonable person would consider that fair.

So the sacred words of The Most Holy God should be re-written to satisfy those who wish to abandon social and religious norms?

Michael Brown of Charisma News says it best: "The fact is that churches and denominations and religious groups may come and go, but the Word of God is here to stay." Amen!

Yes you read that right. Even though this news broke on April 1st, it was NOT an April Fool's Day joke. The cadets were ordered to do this march to make people aware of sexual assault. To show support for 'women's rights' they were required to publicly march, in uniform wearing red high heel shoes, 'to exhibit walking a mile in their shoes.' Any cadet who refused received a negative counseling session which may end their military career.

And what university ROTC has mandated this outrage? TEMPLE UNIVERSITY of Philadelphia, founded in 1884 by ordained minister Russell Conwell, founded upon religious principles with one of the largest Religion Departments in the nation.

An Air Force Veteran, Michelle Manhart was arrested by police and banned from the Valdosta State University Campus on 4/20/15. What was her crime? She interfered and stopped a crowd of college punks from stomping on an American flag on campus during a public event set up for that purpose.

This is only a small sample of how much the United States has deteriorated. Patriotism is now mocked and challenged by our Communist led government under the direction of the imposter in the White House. We need to gather and regroup to reclaim America as it was founded and meant to be. Otherwise, we might as well say goodbye, now.

Europe has gone steadily downhill as well as you can see by the story out of London below:

Co-pilot Who Crashed Plane Was Gay.

For me, to find out what is REALLY taking place in the world and especially the United States, I read the British newspapers, especially the London Daily Mail , who wrote "the REST of the story" regarding the quirky co-pilot of the German airlines, Germanwings, Andreas Lubitz, who locked the pilot out of the cockpit and then deliberately dove the plane into the Alps, killing himself along with 150 innocent passengers .

Psychologists would say that he figured that the way that gays are treated caused him to have repressed gay feelings. Many conflicted gays commit suicide. Yet, he was entrusted with controlling a plane and the passengers on it. He could do whatever he felt he wanted to do to punish the world for his own confusion. This story was never published in America.

To see this story in full with photos click this link:

We should all shut off the distractions that the world leaders continually throw at us to misdirect our focus, using violence on TV, unrestricted sexual freedom-for-all, abortion for convenience-tearing babies apart in the womb as they twist in excruciating pain, drinking and now legalized Marijuana with public celebrations (as in San Francisco) with the city paying for it, making certain that everyone stays in a dazed state, and yes,the biggest problem of all, our churches who have caved in to please the world. If we do not take a firm stand on all of this, it will seem sudden when life comes crashing down on all of us, even though this destruction of democracy, morals and corruption of our educational system has been slowly being set in concrete.

If we do not awaken with the desire and the guts to take a firm stand, it will all be over in 2016 even though it is possible that it will begin before the end of this year. This is a heads up. Hope you will turn off CSI for a moment to think about his. The next opportunity may be behind barbed wire. And this will be God's judgement that has been stayed, due to His patience and love.... until now.