Rev. Austin Miles
Cockpit violence in the Alps and America 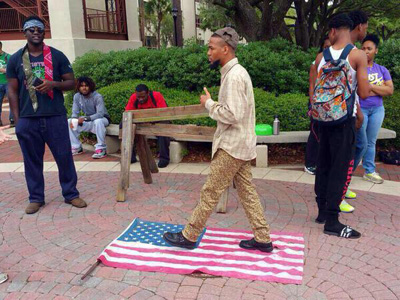 Germanwings co-pilot Andreas Lubitz was a sexually confused mental case who had been under a psychiatrist's care for depression and suicidal thoughts. Yet a German airline allowed him to continue to fly their plane as a co-pilot despite his mental problems.

Lubitz was so determined to kill himself along with 150 passengers that he had a practice run on an earlier flight that same day, flying the same route. When the pilot left the cockpit to go to the restroom, Lubitz suddenly changed the instrument setting to create a gentle nose dive (yes, it worked), then pulled the plane back up and re-set the instruments. It was done so subtly that nobody including the pilot in the restroom, noticed the flight irregularity.

On that same flight later that day, Lubitz waited for the opportunity which came a second time when the pilot left the cockpit to go to the restroom. This time the co-pilot immediately locked the cabin door blocking the captain from entering, took the controls, reset the instruments for a full nose dive, while the captain frantically banged on the cockpit door and passengers screamed in terror as the airplane crashed into the Alps killing everyone on board including himself. His goal accomplished. For more startling info, click this link: http://www.renewamerica.com/columns/miles/150401

A similar tragedy is, at this moment, playing out in America. The cockpit is the Oval Office which guides our country to its destination. Sitting at the controls is Barrack Hussein Obama who, according to many reports (which includes photos), also possesses sexual confusion regarding straight and gay. He executes insane decisions with what appears to be a deliberate scheme to nosedive our country into oblivion.

Obama is not clinically insane but has been specifically programmed by his Communist handlers along with his Muslim allies to take America over the cliff. He is not dumb but a very useful idiot for the Communist Party ( Josef Stalin's description for those who help his cause). Obama is totally controlled as an authentic Manchurian Candidate.

Obama's importance to The Party is that he is the one tool created by the Communist Party to destroy America, the last country standing in the way of a Marxist-led One World Order. He was the handpicked candidate to bringing America down. This is precisely why he is he so important in history and remains so calm and poised in all situations.

Obama and the Party have conducted many rehearsals to prepare for the take-over which will be accomplished in the early part of November 2016. The first rehearsal was when the Communists and Muslims, who had deftly shoehorned their way into government offices by deceit and voter fraud, put him the Oval Office. He would not show his birth certificate, or any information about his real identity including his educational records which shows conclusively that he was here on a foreign student visa. All of that was sealed. With enough supportive power from those who had been slipped into government, all remained silent.

The rehearsal was to determine if the Congress, Senate, Speaker of The House or Sgt. At-Arms would have him removed. Those spineless jelly fish sat quietly with no questions or hearings.

The next rehearsal was to see if Obama could make Marxist statements with his exact intentions with no push back reaction. Check: Rehearsal Went Well.

The final rehearsal will be the early part of November, 2016 when Obama intends to use Executive Order to declare himself president (dictator) for life.

The current powerful push to take guns away from all citizens is underway. This way the citizens can no longer defend their family's homes and property from armed invaders.

An Associated Press story today (5/10/15) has the headline: "Hundreds Rally for Gun Control" which is set in New York City. Leaders say it is absolutely necessary, that guns be outlawed. To do so now, they say, will protect us all from mass-killings (Columbine Aurora Theater, Connecticut School, Stockton, etc.) Yes, Outlawing gun ownership will stop this madness. Really?

This would mean that the only people who would have guns would be the murderers, thieves and dictators. There is no way they would obey the law to turn in their guns. What an advantage this would offer them! Then we would really be fish in a barrel.

And who is pushing this gun grab in New York? It is New York Mayor Bill de Blasio, who is a known active communist who is fanning the flames of racial tension to divide America and has worked against the police.

First of all, I am convinced that these mass killings were purposely orchestrated for this very purpose, to disarm all Americans to retard resistance. Notice how the mentally ill (or just disturbed) perpetrated these shootings. They could easily be brainwashed into carrying out such deeds that would prove a point about private gun ownership and the threat to all families as a result. Then when Obama makes his move in 2016, he can waltz to the throne with no push back.

HOWEVER: These observable frantic moves have called citizens to action. It is buzzing on the internet (responses to news stories) how gun owners, in the millions, are locking and loading.

This is why our enemies are in panic mode to disarm every American. This is the same tactic used by Adolf Hitler, Lenin, Stalin and all Communist countries before effortlessly storming in and taking everyone into captive slavery.

Obama encourages sexual deviation, the closing of churches and the stomping and burning of the American Flag. He has managed to stir the people against one another, weakening us all, while our useless representatives simply sit and watch.

Obama has already rehearsed the nosedive of America to destruction. What he does not seem to realize, is that as millions of Americans die while the plane crashes, Obama will be among the dead. He is too blinded and stupid to consider that.

READER BONUS: Seeing the Obama fantasy play out, the MilesTones music department rewrote a once popular song to bring it into the present. Remember the oldie, "Oh Johnny?" Same song updated with new lyrics.

You make my head explode in rage,
And when you're near me Sir
I want to kick your buttocks

So- it's O-bama O-bama
Please go away
You've over-stayed your time,

You're not legal it's true,
It's not hard to construe,
Hell is waiting with a welcome mat for you.