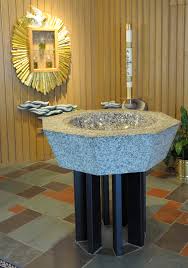 LOS ANGELES (7/16/15) – I almost choked on my coffee this morning when we received the news from London that The Church of England has added a ceremony for transgender persons who seek to be re-baptized in their new gender identity and under their new name. Even though we just heard about this, the news broke in England on May 25, 2015 then made its way over the pond. It still needed time to sink in.

Now this was before the ESPN awards were given last night, during a featured event where Bruce (now Caitlin) Jenner sashayed across the stage in his – HER – new finery and image to receive the Ashe Award for "Courage." There is no doubt that that took courage to appear on this program due to Jenner's delicate balance while walking on stage in those high heels. It looked as though Jenner-Caitlin might wobble-topple over at any moment.

According to The Guardian and Daily Mail, then picked up by Christian News Network, Chris Newlands, the vicar of Lancaster Priority, recently proposed the addition to the General Synod after being approached by a girl who identifies as a boy who wished to be baptized again under her male name.

The vicar said, "Once you've been baptized, you're baptized." But the (now) boy answered, "But I was baptized as a girl, under a different name." I suppose that makes as much sense as anything else that is going on today.

Mr. Newlands, said, "Let me think about it." So we did, he went on," and then we created a service which was an affirmation of baptismal vows where we could introduce him to God with his new name and identity." God couldn't figure that out?

Mr. Newlands soon submitted a motion for the issue to be considered by the denomination as a whole, and, he wrote, that this Synod, recognizing the need for transgender people to be welcomed and affirmed in their parish church, calls on the House of Bishops to consider whether some nationally commended liturgical materials might be prepared to mark a person's gender transition. Hallelujah! A new specialized ministry has arisen.

The motion was approved by the parochial church council, the Deanery Synod and the Blackburn Diocese, and is set to next be debated by the General Synod.

"I wanted to bring it to the General Synod as a commitment that bishops will take seriously, and for them to take the next stop of getting a liturgy which parish priests can use for people who do the transition where they can be affirmed in the church," Newlands added. Church is a lot different these days than it was when I was a kid.

Note to my office: If Bruce calls, say I will be out of town until further notice.

To see the complete story, click on this link: http://christiannews.net/2015/05/25/church-of-england-considering- ceremony-to-re-baptize-transgenders-in-their-new-name/