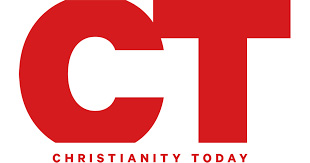 Over the years, Christianity Today has made it a habit to attack substantial ministers of the Gospel. We've seen many dedicated ministers be suddenly discredited and hammered by that magazine, including some with very respected names. Joyce Meyer comes to mind along with many others.

Then several years ago, totally out of the blue, they focused their canons on me with attacks that made no sense. The latest is by Ed Stetzer who, at the beginning of last week, accused me of knowingly writing fake news stories. He was very arrogant, such as using quotes when calling me a "news" writer etc. There is a huge following of my columns which are published widely and some picked up by major newspapers including USA Today.

CT has a history of attacking me. Why? This ministry has an excellent reputation nationally and among area pastors where I live. When this latest attack broke on Monday, July 13th, I also received disrespectful personal emails from someone who obviously works for CT (she denies working for them), even though her missives to me clearly had the name and logo of Christianity Today at the top of the page as a letterhead. This has been shown and can be verified by others.

Ed Stetzer has Fort Knox security covering so nobody can contact him directly. I've tried contacting the editors at CT, who will not even acknowledge my emails. When I have attempted to call CT, they were extremely rude.

Therefore, I will publicly publish this letter that I've tried to reach them with, which is reasonable, since their attacks have been damaging. So maybe they will see it here and somebody from CT may respond, even though it is doubtful.

It is difficult to imagine why Christianity Today has attacked me so often. Once it was four times in a row – four straight issues – regarding a story I broke regarding the required study of Islam for Public School 7th graders. Your editors publicly called me a liar and went even further with personal attacks, printed in CT.

When I wrote you asking what Billy Graham would think about you using the magazine he founded to attack devoted ministers, here is the incredible answer I got back from CT: "Billy Graham had nothing to do with this magazine or its founding." I kid you not. I still have those emails. This is like that woman mentioned above who denied working for CT while writing under a Christianity Today letterhead with the CT logo at the top of the page.

My story not only proved to be totally correct (I had visited that school, interviewed a teacher there who had no idea that this Islam class was in her school until her son (a 7th grader) came home with the course materials and handouts.

I sent the materials used in that class to a national columnist, Daniel Pipes, who specializes in Middle Eastern issues. He published it in The New York Post and from there it went world-wide.

Yet CT tried to hide that story and kill it altogether while personally attacking me. It was then learned that this Islamic indoctrination was not just in a school in Northern California, but was in every school in America. It was kept under the radar. On national programs I appeared on, listeners from every state of the Union called in to say it was happening in their states as well. Yes, the required How to Be a Muslim course was taught in public schools nationwide. And nobody knew it.

Christianity Today tried to keep the story quiet by slandering and shooting the messenger. I really don't know what you have been saying about me during the past few years since I stopped reading your bogus periodical until recently, when I saw one of their stories in a newsletter you send out nationally and found you are still slamming me whenever you can.

I looked at that newsletter, circulated by CT, and saw that you have done it again with a story written by Ed Stetzer about Christians posting fake stories, and even though not one other name was mentioned, CT attacked me by name, stating that my story about the lawsuit against Zondervan for publishing a Bible that stated that homosexuality is a sin, was a lie. Really?

As for the dateline in question, I realized within hours that I had been misled by three prominent news sources as to the TIME that the lawsuit was filed, and immediately published a Follow up Story with correction, which broke the next day. Yet Ed Stetzer and CT, hopped on the opportunity to accuse me of printing lies. I do not appreciate CT misusing my name (again) in this fashion and, this is going to stop. Here is the link to that follow up story: http://www.renewamerica.com/columns/miles

It is puzzling to know why you people are at war with me and the ministry God has entrusted into my hands. Yet you are determined to hurt my name and ministry. These kinds of attacks can only come from the pits of hell. Especially when one considers how God has, and is, blessing this ministry.

If you are truly a Christian publication, you will be obligated to correct this latest attack on me. The recent one by Ed Stetzer was released to all subscribers Monday July 13th. And this must be officially corrected by CT.

What is required is a follow-up story in CT, stating that the writer, Ed Stetzer, too quickly jumped to conclusions, which damaged a working minister of God. Along with that acknowledgment, the link above to my immediate story of correction must be printed. Again, here is that link: http://www.renewamerica.com/columns/miles

It is prudent upon you to correct this with no further delay. You have harmed my reputation as a writer, and what is worse, as a minister. Plus your story has resulted in many harassing emails to me personally. So you have also disturbed my peace.

Hopefully you WILL exercise Christian responsibility and do the right thing. You should seriously consider that what you have done and are still doing is legally recognized as "Libel." Be advised.

Christianity Today is a magazine that is supposed to uplift God and His ministers, NOT to attack God's Servants.