Rev. Austin Miles
Does she or doesn't she work at university?

August 8, 2015
A puzzling email came in response to my story yesterday titled, "Idaho State University's Disturbing Secret." It profiles the woman who calls herself, "The Italian Huntress." She is Sabrina Corgatelli, who had horribly killed an innocent giraffe in Africa and works as an accountant for Idaho State University. The correspondent accused me of publishing an inaccurate story. 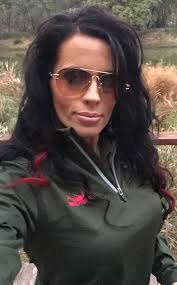 The email was from Savannah Tranchell, a spokesperson for the university who stated that the killer does NOT work at the University of Idaho. What??

Here we go again. I even re-googled "Giraffe Killer Employed by Idaho State University." As usual page after page come up stating that indeed she did work there with quotes from university officials confirming this fact.

I was already upset with Idaho State who gave me the runaround instead of answering my questions about the Italian Huntress working there.

In another exchange of emails, Ms. Tranchell clarified that there are two separate universities, Idaho State University and the University of Idaho. Near the end of the article I had inadvertently used the latter name which was shorter. Now it is understandable why she asked for a correction. And so it is done.

One other description correction is proper and in fairness must be included. Sabrina Cargatelli, the Italian Huntress, can truly be called, an amazing woman! She obviously is a master accountant. She can do things in budgeting that is extraordinary, especially in managing her own finances.

On the salary she earns from Idaho State University, she pays her rent, food, clothing, insurance, car expenses and incidentals. PLUS she is able to squeeze out enough money from her salary to fly round trip to Africa (a very expensive trip), her living accommodations there, thousands of dollars for each permit to kill each animal she wants to kill and payment to guides.

It is also expensive to have the head of her conquered animal prepared, and mounted which must be shipped separately and this is not cheap. That is a LOT of money. But with her skillful accounting skills, she is able to do all of this on her salary. This is a marvelous demonstration of accounting skills. She is incredible. Everyone will surely agree.