September 8, 2015
It is always rewarding to leave my spread outside New York to traverse west to the Antioch Covenant Church, where, without fail, Pastor Ron Bowman offers a right-on message which always applies to life. It was also noticed, in his sermon, that the Holy Scriptures he quoted prove that Old Testament events are alive today. Yes, history DOES repeat itself. 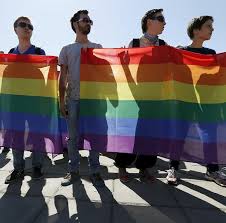 Last Sunday Pastor Ron preached about The Unheard Warning, using these Scripture verses: "Be very strong: be careful to obey all that is written in the Book of the Law of Moses, without turning aside to the right or to the left. Do not associate with these nations that remain among you; do not invoke the names of their gods or swear by them." Joshua 28:6-7.

The instructions are simple. Read and obey the Bible, do not be swayed by those who want you to invoke the names of their gods or swear by them.

He takes it further in vs. 10: "I said to you, I am the Lord your God: do not worship the gods of the Amorites, in whose land you live. But you have not listened to me." Uh oh!

God had set the rules down clearly about what they must do to receive His protection. And they needed it. Midian consisted of a powerful and ruthless band of people who did what they wanted, took what they wanted and considered everyone to be their servants. They were bullies.

They would raid a collective and steal all they had planted that was ready for harvest. They would also force their way into their dwellings to take what they wanted. The Israelites, including Gideon, were terrified.

And what was the cause of these calamities? "And the children of Israel did evil in the sight of the Lord, and the Lord delivered them into the hand of Midian seven years." Judges 6:1.

The people were so frightened of this powerful enemy that they fled. Verse 2 explains: "And the hand of Midian prevailed against Israel; and because of the Midianites the children of Israel made them the dens which are in the mountains, and caves and strongholds."

They were so scared that they fled to the mountains and hid in caves. They could see the Midianites below stealing their crops, leaving the land bare. When they had left with their booty, the Israelites crept back to their dwellings and planted the crops again. The same thing happened. They would not come forth and take a stand to protect their property and goods. As a result, they lost everything including God's favor.

That was back in ancient times. It would seem that we are actually living those ancient times today, since the problem is the same as then, only with a different cast of characters. First of all, America has long ago abolished God from society, and did everything to offend God, such as murdering inconvenient babies in the womb and now selling body parts from those aborted babies to researchers for profit.

America is allowing and encouraging immorality, even violating God's rules of marriage, which is between one man and one woman. They had their prophets while we concentrate on profits.

And yes, America has turned to worshipping the gay's false god of Lust. What is more, America is exporting this perverted lust. Our embassies throughout the world are compelled to fly the rainbow flag of sodomites and when Obama visits a country, like Africa, which has been the recipient of numerous problems, he offers no assistance but tries to pressure them to allow same-sex marriages.

It has now reached a point that God has lifted His hand of protection from the United States. Raging evil is now front and center as a result. Even the weather is out of control.

Like the people in Old Testament Times, God is severely punishing us through our sworn enemies. September 11th 2001 was the first official punishment pronounced upon us and it was prophesied in Deuteronomy 28:47-53. Since then there have been more attacks on America. Yet our leaders and citizens in an act of defiance, refuse to repent.

Our enemies have increased. Since we have allowed and promoted immorality, we now are reaping the consequences. Sodomites are invading our churches, and now dictating to America to not only accept their bizarre lifestyles, but to partner with them to further that evil. We see the results.

Today, a Christian who refuses to do what the "gays" demand, can see their businesses ruined or they can be thrown into jail. Yes, jail.

The 'gays' are becoming bolder every day. And, like the Israelites, we have hidden in caves, not daring to oppose our own Midianites, the Pink Gestapo, or to stand firm against that lifestyle which they are not only embracing openly, but also have been given the power to teach their perversions to school children while bullying the entire nation.

And our nation has hidden in the caves instead of standing firm and pushing back.

However, God is raising up people who are willing to stand firm for Godly principles without wavering. They are not easy to find these days. So God uses the most unlikely to become spiritual heroes. One we see today is a very plain humble woman, Kim Davis, the Court Clerk in Kentucky, who defied a judge's order to give marriage licenses to same sex couples.

She has been thrown in jail where she now sits. She has been told that she will stay there until she recants and gives the sexual deviants exactly what they want, including a marriage license with her signature.

This unlikely hero is STANDING FIRM creating a rumbling effect throughout America where people are rising up and standing with her in prayer and confronting those who would jail a woman because of her Christian moral beliefs.

People from around the U.S. are going to Kentucky to take a public stand for and with her. Yes, this one humble woman has stirred the entire nation. Even the world is taking notice.

All Christians should see their spines snap back into place, stand tall, stand firm and take a public stand for or with Mrs. Davis and push back by signing petitions, emailing and calling all representatives in your local area and in Washington, D.C.

Things may be ready to finally turn around in the U.S. because of one Godly woman totally devoted to Jesus who would not be moved by threats or punishment. Praise God for her.