September 21, 2015
SACRAMENTO, Ca. 9/20/15 – When we first learned of this, we doubted its authenticity. Even Obama could not be THAT corrupt and lustful with such total lack of manners and decorum. We held back. Then Breitbart News picked up on it and today, The Wall Street Journal. It is true. 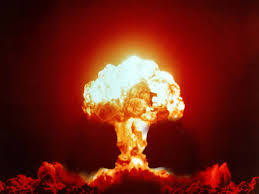 Obama is set to publicly dishonor the pope during his visit to America and the morals he stands for, by having with him at the White House Reception for the Catholic leader, a pro-abortion nun, transgender activists, gay Catholic activists and a "gay" Episcopal bishop, according to a blog by Gene Veith on the Patheos website.

What is more, Obama told these individuals, who represent everything the Catholic Church abhors, that they can bring their friends. They will become the LGBT welcoming committee who Obama shoves in the face of the Pontiff to flaunt the immorality he has brought upon America. He is virtually prepared to spit in the pope's face.

Obama plans to have LGBT members be photographed with him and the Pope to create an impression that the pope endorses their actions and behavior. Even we didn't suspect that Obama was that corrupt and disrespectful.

Obama, who is queering America, is the first homosexual ever to occupy the Oval Office. He has maneuvered to have homosexuality taught to grade school children and has this week appointed an openly "gay" civilian, Eric K. Fanning to be Secretary of The Army, the first homosexual to head the U.S. military service. He has no military experience. It doesn't matter. He's gay. That's all that counts. The might of the military is of no consequence.

This will complete his agenda to weaken our military so its strength will be crushed, which began when he allowed sodomites and transsexuals to openly serve the military and share the barracks and showers with men. And sexual assault complaints have tripled in the military. Not men on women, but men on men.

At a campaign rally, front runner Donald Trump was asked a proper question. The questioner stated that Obama is a Muslim and Islamic training camps that are in America, and what will Mr. Trump do about that? He would not comment on Obama being a Muslim or the training camps for terrorists in America, The Donald said, "We will face a lot of issues and deal with them." That was the right answer.

Trump was blasted by the media saying that he weaseled out of giving an answer. Readers: Trump held back his actual answer to those questions for good reason. There is no doubt that had The Donald given the actual answer along with plans to deal with it, he would be "whacked," a CIA term to kill someone getting in the way.

We can remember an official who was killed in a plane crash that was rigged to happen. Oh yes, there were several more. Plus, he could come under a Fatwa, an Islamic order to take him out. They do not want their position in America exposed or interfered with.

The reason that Donald Trump is riding so high in the polls shows that the American voters are angry at the inaction of those elected office holders who do absolutely nothing to stop those who would destroy America. They feel they need someone in the Oval Office who is angry, is not 'politically correct,' wants to get America back on track, and who cannot be bought. He has more money than anybody.

The Question: Is Obama a Muslim?

When anyone converts to Islam, they change their name to an Islamic name. If you remember, Cassius Clay was a famous boxer, converted to Islam, and took the Muslim name, Mohammed Ali.

Obama, with Muslim parents in a Muslim country, was born Barry Soetoro. When he was of age, he changed his name to Barrack Hussein Obama. That is an Islamic name if we ever heard one. He wears a Muslim ring, which he removes during Ramadan according to Islamic law, and he has an End of Ramadan Reception at the White House. We have seen his actual birth certificate from Kenya and the bogus one from Hawaii which we exposed by carefully examining it.

The cuddling up treaty he has set to be signed by Iran actually gives them permission to complete the building of a nuclear bomb which they intend to use to bomb Israel and the U.S. This is heard in their own words. Google-in the words Iran has said about America.

There will be no sudden inspections of the facilities, and those inspections that do take place will be exercised by....the Iranian government. Plus the U.S. will make them 5 Billion bucks richer. Is Obama mad? Is he stupid? No he is not. He knows exactly how his plans to annihilate America will come about.

However, the people of America are the ones who are stupid. They just sit back and watch rather than taking action to contact their representatives and demand that Obama be removed from the White House. Instead, they have just yawned.

Why Did Constructon Crane Crash Into Mecca?

This is one the newspapers tried to hide. On September 11th, a crane in Mecca crashed down at the Grand Mosque, killing 111 people and injuring nearly 400 others. The papers blame everything but the actual cause of that deadly collapse. The Islamic State is trying to avoid the truth of this.

First of all, the cranes were owned by the family of Osama Bin Laden. Think about that carefully.

So what brought that crane down on the Mosque? Again, read this carefully. It was a huge bolt of lightning that knocked down that crane, causing the deaths and injuries of Muslims in the middle of Haji. We have seen the photo of that moment. The media has tried to restrict that photo from view. Only a couple of news sites published it. Now a question for Muslims: Was that act of God caused by the Muslim god, Allah? Think about it.

We are in the most tragic drought ever, which is why forest fires are burning Northern California because the grass and trees are dry due to the drought. Yet Brown is determined to cut what little water we have to send to L.A. so that movie stars can fully water their lush lawns in Beverly Hills.

An editorial in today's Contra Costra Times (Bay Area News Group) pontificated this for our knowledge: "The Academy of Sciences took a comprehensive look at Gov. Jerry Brown's Delta twin-tunnel plan and declared it riddled with holes and inconsistencies."

Yep, guess a tunnel would be classified as a hole. In the second paragraph they stated: "It was the Delta Independent Science Board's turn. It too, found gaping holes in the plan." That's their words and they are sticking by them, by golly.

This is why Governor Brown, his first time as governor, was referred to as, Governor Moonbeam. That name seemed to stick.

Photo Caption: Coming to a City Near You