October 10, 2015
NEW YORK CITY 10/9/15 – When news of the formation of a so-called United Nations sifted out, many were skeptical of its stated purpose of bringing all nations together to promote peace. It was seen by many as a ploy to institute total world control by one body of men. Those who objected were described as 'nut cases, 'conspiracy theorists' or backwoods hicks. These descriptions were, of course, designed to discourage any one from questioning the world organization. 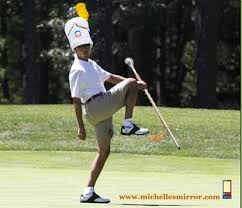 The Holy See of the United Nations is based in New York, highly visible and highly expensive, costing the United States billions of dollars annually in dues and services. The delegates demand recognition as gods, being given free rein to do whatever they like in America and cannot even be cited for crimes or auto infractions by waving "Diplomatic Immunity" in the faces of all.

The U.N. has its own army and its own world court system. They are working with Al Gore to push the global warming hoax to excite the world into believing the global warming threat is so severe that our horrific doom is assured unless we take steps to stop it. Even Pope Francis is on this bandwagon.

These protective steps consist of a global tax that every human on earth will pay. Even if it is only a few pennies per home each week, that will add up to trillions upon trillions of dollars for the pockets of these self-appointed potentates. When that happens, Al Gore, who has already earned over two hundred million bucks for fronting this scam, will be paid one billion dollars.

A global tax was the goal from the very beginning. Obama has attempted to push this in several forms He did manage to get a "carbon tax' going but in a limited way.

First of all, warming and cooling is under the control of the sun only. This is confirmed by NASA. Temperatures have been going up and down throughout the centuries. This natural occurrence is not caused by man or by bovine flatulence as they have tried to convince us.

Pollution itself can and must be curtailed by man who causes it. But this is a separate issue that has nothing to do with "global warming." And the U.N. has begun dictating policies to the countries of the world. And this latest one shocks the world. Better sit down first.

It is reported that U.N. Secretary General, Ban Ki-moon stated last week that "Forcing LGBT rights is a Sacred mission." His vow is to aggressively promote global homosexual and transgender "rights." He is telling other countries that he will push them to make LGBT rights a priority saying: "This is not just a personal commitment; it is an institutional commitment."

He went on to boast about the president of Malawi granting a pardon to a homosexual couple, convicted for their illicit relationship. Ki-moon bragged that it was his advocacy on the couple's behalf to that nation's government that facilitated the pardon. He further stated that the U.N. is the best possible place for LGBT people to work.

According to One News Now, a special U.N. LGBT event was held to rally support for the global homosexual agenda. Former Botswanan President Festus Mogae spoke in support of homosexuality and even managed to work in questionable quotes from Mother Teresa and the Bible itself that supposedly sanctions his actions. Really?

A declaration supporting this madness was made at an event by 12 UN agencies, including signatories of the World Health Organization (WHO); U.N. Children's Fund (UNICEF); the U.N. AIDS Program (UNAIDS); the U.N. Women's Agency (UNWOMEN); the U..N.. Refugee Agency (UNHCR); the International Labor Organization; (ILO); the World Food Program (WFP); the U.N. Population Fund (UNFPA); the U.N. Office for Drugs and Crime (UNODOC); the U.N. Human Rights Bureaucracy (OHCHR); the .U.N. Science, Education and Culture Organization (UNSECO); and; the U.N. Development Program (UNDP). There was plenty of back-up support from Obama.

The U.N. has ordered nations of the world to ban all discrimination against anyone identifying with the LGBT community; repeal laws criminalizing "same-sex conduct between consenting adults"; "combat prejudice" via "dialog, public education and training" and; legally recognize sex change in identity documents.

So those who objected to the United Nations being formed, who were called (among other things), 'naysayers,' were absolutely right in their concerns. The completion of the One World Government will come from there with a strutting drum major, Obama, sashaying in a sodomite victory march across the continent.

Do not give in, give up, or despair. God's return is inevitable. Meanwhile we are seeing signs already of His judgment to come such as the chaos in nature, the crane belonging to the Bin Laden family that was struck by lightning and knocked to the ground crashing into Mecca killing hundreds of Muslims, an event that took place on September 11th, the anniversary of the Islamic attack on New York killing thousands of people. So stand firm. God is in control.