December 8, 2015
BREAKING! 12/6/15 – Following the horrific Muslim shooting of County Health Offices staff in San Bernardino, Democrats made immediate plans to join Muslims in prayer at the very mosque in the D.C. area that mentored the 9/11 hijackers that attacked New York City. This mosque has been active in financing terrorist attacks. 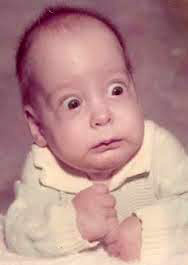 According to FREEBEACON.COM, a group of lawmakers said they will attend Friday prayer services at the Dar al-Hijrah Mosque in Virginia where al-Awlaki was the raving Iman.

Their reason? They said the visit would help diffuse tensions with the Muslim community in the wake of the San Bernardino attack and the recent terrorist massacre in Paris. Yep, that would sure do it. Then the daffy dems added this statement:

"After Paris and after the House resolution a few weeks ago, we just thought it was really important to continue to reiterate to the many, many peace-loving Muslim Americans that they were still a welcome part of our community," Beyer flatulated.

Peace loving Muslims? WHERE! Every act of murder, terror, destruction, torture and beheadings have been instituted by only MUSLIMS. Not a peep out of the "peace loving" ones.

So are there really peaceful Muslims? Can we trust them? No we cannot until they renounce the Koran which Is constantly telling them to lie, extort, destroy property and to kill everyone who is NOT a Muslim. They can only be trusted if they cease going to the Mosque where they are constantly told to be a martyr, wear a suicide vest to kill everyone around them, or just take a rifle and shoot them down one by one.

For that, they are told (lied to), that the men will all be rewarded with 72 virgins awaiting them for an eternity of great sex.This should be a great comfort to the wives and girlfriends left behind.

But what about the women martyrs, such as the one who took part in the San Bernardino massacre? Are there 72 Studs awaiting their arrival? Well, so far women get nothing since they are considered worthless property with no rights. Yet insane women still strap on dynamite to kill themselves and any innocent people around them.

And by the way, there are no 72 promised virgins. The only things these "martyrs" get is a one way trip to hell. Why do they allow themselves to be so deceived?

Now let's get back to the democrats going to a militant mosque to pray with those who have plotted and carried out murders of Americans. DO YOU KNOW WHAT THIS MEANS?

The act of American leaders attending a Muslim prayer service in a mosque, following an attack on their soil, putting their butts up in the air to pray, indicates an acknowledgment of conquest of the United States of America by Islam. Yes what these Democrats show is that Muslims are now the new leaders of America and in charge.

The only things the Democrats (also could be known as demoncraps) are pledged to do is to disarm Americans so the full take-over of our country will be easy.

There is one country who is not plagued with terrorism. And that is Switzerland. Every Swiss citizen must go into military service. After their service obligation is completed, they take their weapons home with them. This means that every Swiss household is fully armed. And we never hear of home invasion robberies, stick-ups on the street, or any Muslim staging Jihad.

With conditions as they have become in America, this could not be done. However, all patriots must be armed for survival. There is enough of them to stand firm against our enemies and anyone who threatens our existence.

Our thanks to Adam Kredo at FREEBEACON.COM for breaking this story.