December 30, 2015
At a time when manipulated misfits are being coached to blame their failures on "White Privilege," Dolly Parton's biographical movie, Coat of Many Colors, chronicles the beginning of her life in the Smoky Mountains as one of hardship, extreme difficulties and tragedy, making mere survival almost impossible. There was certainly no evidence of "White Privilege," for that family, meaning having no difficulties in life such as poverty, lack of education or accomplishment, simply because of being born white. Sure. 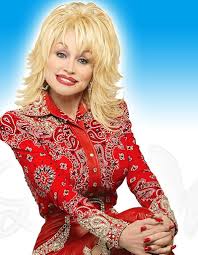 Yep, tell that to the early Parton family as they struggled against what seemed to be hopeless odds, or tell that to my early family facing similar hardships in that same part of the country. Despite the challenges, all made the effort to become educated and to find their place in life, in the community and in careers. None of us felt that life owed us anything.

Coat of Many Colors is based on Ms. Parton's upbringing. The movie takes viewers inside the tight-knit Parton family as they struggle to overcome devastating tragedy and discover the healing power of love, faith and a raggedy patchwork coat that helped make the singer-actress who she is today.

The telepic is not a biopic or musical and isn't about her life and performing career. Instead, it's a family-oriented faith-based story about the incidents in her and her family's life around the time she was 9 years old. The movie is set in the Tennessee Great Smoky Mountains in 1955.

The TV movie, which aired on December 10th on NBC TV, pulled 15.6 million viewers, breaking a six year record for a new television film. Indeed, the film, that was critically lauded, pulled such viewer response with requests for it to be re-aired, that it was shown again on NBC Christmas evening during prime time with an even bigger audience.

There was so much to like about Coat of Many Colors. There was a strong Christian presence which gave strength to the family. Gerald McRaney played Ms. Parton's grandfather who was the pastor of the town church. The family values exhibited during that very tough time were pure, decent and, yes, wholesome.

The very young star, 7 year old Alyvia Alyn Lind, who was handpicked by Dolly Parton to play her as a 9 year old child, absolutely nailed Ms. Parton as a little kid that included voice inflection and mannerisms.

The father was a non believer even though he did not forbid the family from attending church, even though he himself would never go inside. He would walk them to church and then wait outside for them until the service ended.. He was a decent man who was devoted to his family.

Like today, there were school bullies during that time, and one in particular gave little Dolly an especially bad time. The film builds to a point where, acting upon the Biblical principle of forgiving your enemies, Dolly managed to do this in the midst of an extremely cruel episode by this tough boy. Not too long afterwards, that bully humbly gave his heart to Jesus, and also Parton's father.

Something about Dolly Parton that should be interesting to readers. Like almost everyone who has a high public profile, there are the gossip mongers who spread all sorts of vicious rumors, in her case, rumors about her marriage and personal life. It is all garbage. People do this in an effort to make themselves look important and on the inside track of somebody famous.

I know what that is since in the past I also had a fairly high public profile and found myself surrounded by the most incredible rumor-accounts of my life ever invented.

However, here IS some personal info on Dolly Parton that nobody knows. My lovely wife was once a psychiatric nurse in a California State Hospital. She loved her Down syndrome patients who should never have been in a mental institution. Being a gentle woman who loved those patients, she would take them in her own van to various events. One such event was to see the Dolly Parton (in person) Show in Oxnard, California.

They were all given seats at the very front, right at the foot of the stage. During the intermission, Ms. Parton came down off stage to welcome them and shake their hands. They were absolutely thrilled. There was no press involved and nothing was ever printed about it. Ms. Parton did not want any public attention to this gesture which came solely from her sincere heart. And THAT, dear readers, IS Dolly Parton.

Dolly Parton's Coat of Many Colors proves that audiences are sick and tired of the trashy, violent movies where decency and morality have no place. There are huge audiences ready, indeed eager to see these films and support them. This film and the response prove it.

Here is a TV movie that should be shown every year. It is that good.