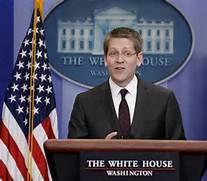 ST. LOUIS-10/10/16--It is said that "words are cheap." Not those uttered by Obama to tickle the ears of the uniformed who are being persuaded and groomed to become useful idiots to 'the party.' The words put in his mouth by spin doctors are anything BUT cheap.

The carefully crafted words he effortlessly spews forth, costs the taxpayers millions of dollars – $500 million every year to be exact, to make him appear presidential and intelligent. These persuasive speeches are created by high powered PR firms that are skilled at creating masterful speeches to deceive his listeners and distract from what is really taking place while planting the Communist manifesto in the hearts of 'the marks" – a carnival term meaning, suckers. These convincing words are orchestrated to hide the real meaning of the discussion at hand.

According to the Washington Times, Obama has added hundreds of new public relations specialists to the federal payroll (paid by taxpayers) during his time in office. Five hundred million dollars every year to deceptively make him look good. He also spent $800 million on contracts for advertising in 2015 to make his image pure, or at least appear to be.

So Obama has spent $1.5 BILLION of our tax dollars to his image makers. He now has on his staff, 5,238 spin-meisters. Meanwhile, veterans are dying from lack of V.A. Hospital care due to shortage of medical staff, homeless people cannot be helped and children, in America, are going hungry. Plus our infrastructures are falling apart.

Speech writers assist politicians in speaking with authority as they supposedly address an issue and then orbit around it. We got a real glimpse of that last night at the Presidential Debate, where Hillary literally waterboarded us with words that really had no substance, but delivered as though they were gospel. As Shakespeare might say, creating a "sound of fury meaning nothing."

One prime example is how Hillary veered from the topic of her emails to charge Trump with being an abuser of women, based on a conversation, just a conversation (not actually abusing them like Bill Clinton). A conversation that took place, now get this, 11 years ago. But Hillary fired off those charges in an effort to distract from the issue of her classified emails by making Trump a current abuser of women, not someone who merely TALKED about women 11 years ago . That is the spin-doctor's trade.To take attention away from the real issues to protect crooked politicians and other public figures.

She also used as a distraction the fact that Trump 'questioned if Obama was born in this country.' And she used a prosecutorial tone and actually grilled him like they were in the Supreme Court.

As for that question, EVERYONE questioned Obama's birth since he had all records of his birth and college records sealed by his highly paid lawyers. He finally produced his 'birth certificate,' stating he was born in Hawaii. I saw that so-called certificate and could tell it was a fake by the type of font used, and in the box for race, it stated that Obama was "African American," a term not used in the 60's. The term then was, "Negro."

Plus I saw his actual Kenyan birth certificate that I found on the Kenya newspaper website where they were glowing that a fellow Kenyon had become a senator in the U.S. and displayed his birth certificate to back up their boasts. Shortly after, that birth certificate information was scrubbed from the newspaper website. We also saw his university admission card showing he was brought in as a "foreign student." So any questioning of his origins was and is absolutely proper. Especially since a REQUIREMENT to run for President of The United States is to be born in the U.S. The massive cover-up of the true facts is astounding.

So knock it off, Hillary. Trump was right in questioning the birthing of Obama. But that did serve as a distraction to what she was trying to hide. And in her case, there is plenty to hide. These are examples of the deception of left wingers which is the core of the democrats' machinery.

Have you wondered why conservatives are called "the right" and liberals are called "the left?" MilesTones was consulted regarding this question. With the help of a retired minister friend, here is what was found:

This verse in the Bible, Ecclesiastes 10:2 sums it up: "The heart of the wise inclines to the right, but the heart of the fool to the left." Thus sayeth the Lord. Amen.

See you at the polls.