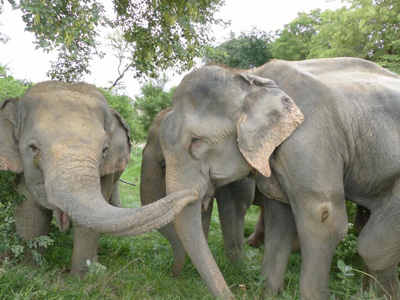 Every day something new comes to my in-box that shows why God became so angry at the sins and cruelties of man that He flooded the entire earth to get rid of them all except for one righteous man, Noah, and his family.

As civilization re-grew and advanced, so did the seemingly inventive cruelties that man has devised against his fellow man and other creatures. They are not content to cause people and animals to suffer, but they have carried that sin over to little babies about to be born. Tiny babies who are inconvenient for the parents who want no responsibility in life to tie them down when they could be out partying. 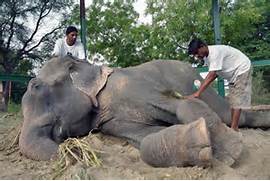 What is even more horrific, these immoral misfits, who keep Planned Parenthood in business, join lines to abort their babies whose little hearts start beating before six-weeks in the womb. In other words they are not only live babies, but they have a nervous system and feel pain the same as we do. Ultrasound has PROVED this.

Yet, these little lives are such a burden to unintentional parents that they don't care how they get rid of the baby...just do it! And how do they get rid of them? A "doctor" goes inside the womb with a sharp scissor-like instrument that literally snips and tears the limbs off the baby....a live baby being dismembered who feels horrific agony and reacts by twisting while silently screaming. This doesn't matter to the accidental parent who simply wants to be free from responsibilities.

Frankly this columnist believes that the only reason God has not destroyed the earth again by flooding, or even more apropos, by fire (since the sins of today are even greater than in the days of Noah), is because the coming of Jesus is now eminent and all evil will soon be cast into the lake of fire.

My keyboard is stained with the tears I've shed while reading and writing some of my columns. This latest story about the elephant that cried opened the floodgates. Animals were all created by God. They all have their individual personalities and have the same kind of feelings we do....feelings of fear, pain, love, joy, grief and anxiety.

This columnist has been friends with dogs, cats, lions, tigers, rhinos, elephants, virtually all kinds of God's special creatures. How I pity someone who has never had the privilege of knowing an elephant. These magnificent beasts are intelligent, loyal, caring and very social animals. Yet they have been especially targeted by evil people for profit, killing elephants or disabling them so their tusks can be sawed off to sell – or simply killing them in order to display their heads in a family room.

This latest story tells of an elephant in India named Raju, orphaned as a baby after his parents were killed by poachers. The baby was kept, immediately put into captivity and shackled in spiked chains that dug into his body and his legs. And that is how he lived for almost 50 years of his life. Every move he made was painful, indeed, agonizing. This very same thing recently happened to a big bear that was used in a roadside wild animal attraction.

If that was not bad enough, Raju was bought and sold several times, forced to become a 'riding' elephant for tourists from daylight to sundown, with every step he took being torturous because of the spiked chains that bound and punctured his legs. Plus his cruel owners would beat him.

Raju was in those chains 24 hours a day. Not even a moment of comfort was afforded him. Every time he was sold, the new handler would beat Raju for no reason but to show him who was 'boss." This is what this gentle giant endured for 50 years, a creature that had done no wrong to anyone.

When discovered, Raju was in pathetic condition. He hadn't been fed properly for months. He had started eating scraps of plastic and paper in a desperate bid to survive. The word properly got out and a daring nighttime raid by a team of rescuers from Wildlife SOS along with 20 Forestry Commission officers and two policemen, swooped in to release Raju from his confinement and found him so tightly bound by those spiked chains that he could hardly move.

A team of 10 veterinarians also were with the group. The rescue was completed on July 4th, which marks America's Independence Day, which had special significance for this particular rescue.

The owner of Raju, who lived in the Uttar Pradesh region of India, tried to stop the raid by attempting a standoff. The team secured the property and began to free Raju from the painful spike chains. Any activity in the area of the chain wounds was painful to the slightest touch. Raju made little beeping sounds, not from any pain, but in gratitude. This elephant knew he was being rescued and would be set free for the first time.

The team came with fruit and spoke softly to the pachyderm to put him at ease and to let him know they were there to free him. As the last chains were cut off him, Raju began to cry...yes...cry with big tears rolling from his eyes. It was a very emotional moment for all involved. They gave him a sedative so they could load him into a truck to take him to a sanctuary.

And yes, animals do cry with big tears. I remember an elephant that had a little dog as his best friend for years. When that dog died, the elephant trumpeted in grief and yes, this columnist saw the tears come from his eyes. I have seen dogs cry with tears running down their faces when their owner died. I would often be called when someone dies and then prepare to do the funeral. That is when I saw this as fact, that yes, animals grieve like we do.

Raju was taken 350 miles to an elephant compound, The Wildlife SOS's Elephant Conservation and Care Center Refuge in Mathura. Five female pachyderms excitedly flapped their ears, trumpeted greetings and touched Raju with their trunks, all signs of joy. Raju is experiencing happiness and comfort for the first time in his life. Elephants live to 70 or 80 years.

What Can Be Done to Prevent Animal Cruelty?

This columnist plans to work with a U.S. Senator to craft a bill to add a unit to Law Enforcement specifically to protect animals. The new officers' unit would be: Law Enforcement for Animals – LEFA. These units would be actual police officers who have gone through the Academy, are armed and can make arrests.

LEFA can forcibly enter an area where animals are being tortured and arrest those responsible as well as seize their property to pay veterinarian bills and other costs. Many animal rescue organizations do undercover videos to record the horrors being perpetrated against animals, and that includes slaughter houses. They do not just kill the animals; they fully torture the innocent victims before the actual kill.

There is nothing humane about that process. I have seen some photos which have kept me up at nights. Those working undercover should be able to stop such a process and arrest the person involved. I could never understand how someone could simply film something so horrific without jumping into action to stop the torture of an animal.

The savages who do this must be arrested on the spot, and they can be, under this new unit. Those who are secretly video-taping can have a concealed weapon and take immediate action.

There can be special courts established to handle any case involving animals. This can all be set up, and it will be. I worked with one very famous U.S. Senator to craft and sponsor a bill making the import and export of ivory a criminal offense since elephants are viciously killed for their tusks. That bill was crafted, presented on the floor, and passed.

This one will be as well. But I need your help to back me.....not financial, but those of you – and that includes those who are retired – can help by sending letters, emails, signing petitions and making phone calls to officials as this bill is crafted. You will know exactly what is going on through my columns.

Indeed, please get a note off to me through the news site this column appears on to let me know I can count on you. One goal of this is to close all factory farms, shut down any and all roadside wildlife exhibitions, and to do frequent inspections wherever there are animals, including zoos.

Oh yes, there are those who will state that The Bible says; "Man shall have dominion over the animals." The proper translation of that word 'dominion' is: RESPECT – COOPERATE WITH the animals. So don't try to use that Scripture verse to justify mistreating or torturing an animal. That is NOT what the Holy Scriptures implies. We must respect animals and cooperate and work with them since we all share this one planet.

Photo 1 Caption: Raju in His New Home Welcomed by the Girls-Note the Puncture in His Leg

Photo 2 Caption: Raju Being Rescued with Wounds Being Treated.

Our thanks to Huffington Post for some of the details given for this story and to; www.wildlifesos.org, the organization that rescued Raju.