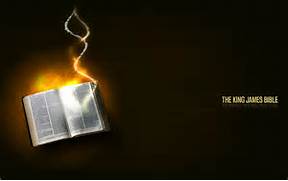 We live in an era of fake news which meddles with our minds. But worse, we also have fake preachers who meddle with our very souls. That is Satan's most dedicated tactic. To destroy the soul is to destroy the man. This is why the evil one has managed to infiltrate our churches, precisely to turn people off to church, ministers and especially....God.

A full page ad in The Washington Post, Wednesday a week ago, included the signatures of over 500 evangelical pastors urging President Donald Trump to reverse his ban on refugee resettlement. A couple of the signers on that list shocked me. You will see the entire list below. Those 'evangelicals' seem to be suffering a deplorable lack of reasoning.

Here is their statement: "As Christian pastors and leaders, we are deeply concerned by the recently announced moratorium on refugee resettlement. We have a historic call expressed over 2,000 years to serve the suffering. We cannot abandon this call now."

So bring them all in. Let them change our culture to theirs and give them full access to our wives and daughters, especially the very young ones.

The organizer of the group letter is (another shock) the National Association of Evangelicals (NAE), and one of the nine agencies that, now get this, resettle refugees in America. Notice that last part of the sentence....that resettle refugees in America. Doesn't that sound like a line from a grant proposal? You bet it does. And that is precisely what this is all about.

However, there is a small group of real pastors like Franklin Graham who are among the Remnant Pastors who are there for one purpose only, to preach the Gospel, not to enrich themselves with grants and other payola. He is joined by the National Religious Broadcaster's Jerry Johnson and the Center for Law and Justice's Jay Sekulow, who have spoken out, with clear heads, in defense of President Trump's plan to protect our country.

There are those who genuinely are, as the Wizard of Oz stated, "good deed doers." Doing good for the sake of good. Then there are the do-gooders, who display themselves as good people by pushing favors upon others in order to make themselves look good and compassionate. Then there are those who camouflage their intentions by making it sound like a genuine humanitarian effort put together by caring people with a heart – as propagated by the fake news media, FNM.

That's what they want to convey...you can BANK on that-which is exactly what this do-gooder-for- profit relig-biz intends to do...bank on refugee re-settlement with the grant money they receive, enriching themselves personally while putting the rest of the United States in peril.

Many of the 'refugees' are Muslims who slip in as 'refugees' so they can attack us from inside our borders, which has been taking place regularly. The FNM reports on this are very economical. This is what President Trump is trying to prevent. And we should be backing him.

Now here's where it all meshes: When these groups send out their news releases making their case for more immigration, they fail to mention that they receive $2,050 for each 'refugee' they re-settle. But that is just a tiny part of the grants received for bringing in these people.

Talk about conflict of interest! For sure it is not full disclosure. Yes, there are more grants to be had, hundreds of thousands and millions of dollars given to these impostors and their 'altruistic' organizations. They are not legitimate – NOT FOR PROFIT ORGANIZATIONS. They are a very highly paid industry.

But it gets even worse. All these religious groups must sign a federal waiver stating that they will not attempt to share the Gospel with the "refugees." WHAT??? And preachers sign this?

So again, this is NOT about doing God's work, but engaging in activity that personally enriches these knuckle heads who pop up in righteous indignation over the protective actions of our president. It is clamp down time.

These fake preacher creatures have sold the message of Jesus for mammon. That's right, for money. When some of these refugees try to kill you, and they will, don't expect God to protect you. You sold that protection by agreeing to NOT share the Gospel with the immigrants. Satan has bought you out. So when calamity strikes you, don't yell, "Where's God? Why did this happen?"

ANSWER: You have forfeited any protection and favor from God since money was more important to you than preaching the Gospel. You actually sold out God and lost your soul in the process.

Did you know that the U.S. Government has paid out over $1 Billion (with a B) to refugees as Social Security Benefits since (at least), 22,426 recipients have no Social Security Number?

And did you know that each of these imposing immigrants who crash through our borders receive $1700 a month for welfare? They also get housing, food stamps, medical expenses and educational costs? MEANWHILE, a veteran who has fought in two wars and was awarded medals receives $1200.00 a month. Isn't there something wrong with this picture?

Back to the preachers: Yes, seminaries and churches have been infiltrated by groups specifically to destroy trust in the church. An overwhelming number of preachers are impostors. They are misfits who CHOSE the ministry as a career option or, were maneuvered in like Obama to the Oval Office. The uncalled preachers are the cog in the wheel. The true ministers, the Remnant Pastors, are those who have been called to the ministry. There is a HUGE difference. And thereby hangs the problem.

Pastors, preach the uncompromising Word of Jesus. Preachers, MAN YOUR PULPITS. Parishioners, back up your pastor...however, if you see him or her fiddling with the Word of God, RUN, don't walk, out the doors of that deception and don't look back.

Career Choice Preachers: You have no idea what damage you are causing. Do not dabble in Holy things, which is accumulating an eternal debt that you WILL have to pay. It is better that you flee the ministry without looking back than to be sentenced to hell.

And for God's sake, people, the majority of the people of The United States voted Donald Trump in as our President. He was genuinely elected to that highest office. This columnist believes that God Himself made certain that he won for the sake of America. Let us back him in every way possible.

Write letters to the editors to confront any anti-Trump stories. Make phone calls. We must be ready to fight for our country. Insist upon traitorous and sedition charges be filed against George Soros who is the puppet master for all the evil taking place in our society today.

And, one more time: Pastors, man your pulpits! Career choice pastors, run. One non-called career minister can do more damage to the cause of Christ than 10,000 if the most skilled atheists.

Here is the link to Christianity Today with names of all the pseudo ministers who signed this declaration from hell:

To see the list of signers, see this link at bottom of first page, click on: SINGLE PAGE (READER MODE) then scroll all the way down to list.