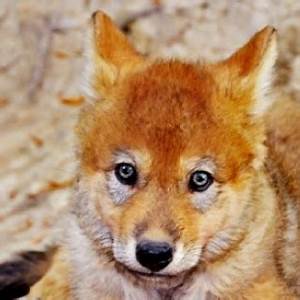 ST. PAUL 7/17/18 – Do governments not have two obligations – to protect people and to protect animals, which God has also created?

You bet they do. So why are many governments at this moment devising methods to basically wipe off the face of the earth God's amazing animals?

To do this, they intend to do away with the (Federal Endangered Species Act -ESA). This is a bill Congress passed in 1966, calling it the Endangered Species Preservation Act, providing a means for listing native animal species as endangered and giving them protection. The act authorized the Service to acquire land as habitat for endangered species.

A 1973 conference in Washington, D.C. was the setting for 80 nations to sign the convention on International Trade which restricted international commerce in plant and animal species believed to be harmed by trade.

The Federal Endangered Species Act has saved countless animal lives through this law. However, this animal protection act is now under siege as an all out war on wolves has been declared and activated.

Just a couple of days ago, the Congressional Western Caucus (Minn) released a package of bills that undermine and weaken the federal Endangered Species Act.

Maureen Hackett, MD, founder and president of Howling for Wolves, a public advocacy organization to protect wolves, said in response to the announcement:

"Howling for Wolves strongly opposes weakening the Endangered Species Act. The ESA is a last resort for many species that we will lose forever if not protected. Almost all species placed on the list are prevented from going extinct.

"Although today's proposal is touted as "modernization," it should instead be called the "Eliminating Species Act" because it relies on the same "local control" that nearly wiped out the wolf forever.

"We need to keep the wolf-and other endangered and threatened species-protected for future generations."

And this is happening in Minnesota that once had Jesse Ventura as a governor, and has a university that will now fire any professor who does not use the proper pronoun for any individual with sex identity confusion – and by the way there are 53 pronouns to choose from. Professors who use the wrong one out of the 53 are outta here! Men with white coats come forth!

The major danger to the wolves comes from the U.S. Fish and Wildlife Service whom one would think would be a friend of wildlife. Unfortunately, that does not appear to be true. They too have agreed to encourage the dismantling of the Endangered Species Act.

According to Jen Mihills, adviser to Mid-Atlantic Region of National Wildlife Federation, one casualty of this reckless disregard of animals is the red wolf which is rapidly disappearing. Today there are less than 40 remaining in the wild. What is worse, the public is encouraged to harass and kill all wolves wherever they they can be found.

Sarah Palin brags about being a hunter, loves to kill and joyously took it to heart when war on wolves was declared. All wolves are portrayed as enemies and must be taken out.

This writer will never forget seeing a video on TV of Palin in her airplane with the side open to hunt for wolves. She flew over 200 miles to find them in Alaska. That area was not near any homes, farms towns or settlements. It was out in the middle of nowhere, where wolves could live their lives. There was no danger whatsoever to people or farm animals since only the wolves were out there.

But this great white hunter woman had made the trip to find them. Sitting by the opening of the side of the plane with a gun in her hands, she began killing these beautiful creatures. But it is worse than this.

As she flew low over packs of wolves, they looked up at the plane with innocent curiosity. As they did, Palin, with a smirky smile on her face, began shooting them. The wolves screamed, yes, screamed as they were hit and fell on their backs kicking their feet in the air during a horrible time of agony.

Remember, I saw this complete video, everything, so this is all painfully true.

I will never like Sarah Palin after witnessing this tragedy at her hands and would never support her in any way. How could she be so cruel as to go out to an area only the wolves live in, to savagely shoot them down?

Farmers are especially eager to take out any wolves since they do attack farm animals. However, organizations like Howling for Wolves believes in relocating wolves via non-lethal means. That is what the goal should be, can be, and has proven to be.

The wolf is the first cousin of the dog and can be tamed. The wolf mates for life, will never cheat on his mate and if the mate dies, the wolf never takes another.

They remember those who help them. I once wrote about a movie where four wolf cubs were rescued and adopted by a man who raised them after a hunter killed their mother.

The man turned them loose back in the wild when they grew up and sometime later those wolves saved the man's life when he was about to be killed. They never forgot this man that took them in and were his friends for life, which was the name of the movie, Friends for Life.

Howling for Wolves, is a Minnesota-based Wolf advocacy organization to foster understanding and tolerance and to ensure their long-term survival in the wild and supports effective, science-based and NONLETHAL wolf plans to support and promote human and gray wolf coexistence into the future. Visit their website at:

The National Wildlife Federation can be contacted at: info@nwa.org

Get on their mailing list and by all means sign petitions from these organizations. That is one way you can indeed help animals. It will cost you nothing but a few minutes of time.

Those who can help them financially will be greatly appreciated.