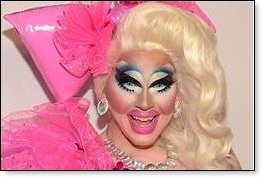 SPOKANE, Wash 6/19/19 Through the persuasion of Satan, an LGBTD* event, at a Washington Public Library allowed a "Drag Queen Story Hour" to take place there for children. A Drag Queen is a perverted man who wears bizarre women's clothing along with thick freakish makeup that would anger any circus clown. These cross dressers read stories to kids, such as a child having two mommies or two daddies. This gives new meaning to the term, Fairy Tales. Make no mistake, they are messengers with a mission.

One drag queen, who goes by the name of Katie Rockswell, read a book to the children entitled; "A Family is a Family is a Family." The short story is about children having different parental situations, as some have a mom and dad, some have two 'dads,' some live with their grandmother, and some are split between both parents. It is indoctrination all the way.

There were those present at the library who protested this event and they were ordered to stay across the street from the library. Wait, isn't that library a public place? How can those who want to enter be blocked since our tax money supports the library? It is for the public. The rough military style police threatened those who would not go across the street as ordered, and employed Swat Team roof top snipers to protect the sodomite cross dressers who teach children the joy of perversion. And they were prepared to shoot anyone who interfered with this nut-headed event. The area looked like a war zone. Actually it WAS one war zone of many.

A Baptist Preacher, Afhsin Yaghtin, would not go across the street and was promptly and roughly arrested by these gestapos. This pastor had a free speech right to speak at that facility. He was taken into custody and charged with obstructing the police and trying to enter the non-designated protest area. So the police protect the LGBTD crowd and persecute all others. This is a bit backward.

'Why, they are all so quaint* more than one little old lady gushed. "They're funny and have great personalities. Who should care what they do in their personal lives?" Actually, all of us since they intend to change our thinking to agree with their destructive lifestyle and to recruit us to take it up for ourselves.

Elizabeth Johnston has a great website titled, Activist Mommy where she stands strong on all these issues. She has created such a following that the LGBTD are now threatening her life if she doesn't shut up. She will not be intimidated by society misfits for standing up for the protection of children since there are hundreds of armed patriots near by who also will stand toe to toe with anyone who wishes to harm a child. Perverts and Traitors, it would be best to consider this.

According to the Spokesman Review approximately 40 police officers were stationed outside the library to be certain that nobody would harm the queers.. The snipers on the roof wore camouflage clothing which is ludicrous.. Approximately 400 stupid people who supported this sick event, stood adjacent to the library. Those opposed, were forced by police to stand on the other side of the street.

"The police presence was a little ridiculous," said Anna Bohach of '500 Mom Strong.' "They had snipers on the roofs with binoculars. They wouldn't allow us into the library." The newspapers reported that 50 children attended with their knuckle headed parents who should be kicked in the buttocks for taking their children to such a sick event.

With virtually the entire police department at the library protecting aberrational conduct practitioners, what about crimes that actually took place during that time? Oh we get it....you were needed someplace else. Somehow the priority system seems to have some flaws.

Hopefully, President Trump will continue to bring our nation back to sanity. He is the one man who can accomplish this.

Rev. Austin Miles is the author of the popular book, Do Animals Go to Heaven – What The Bible Says About Animals and Heaven. Available at AMAZON. 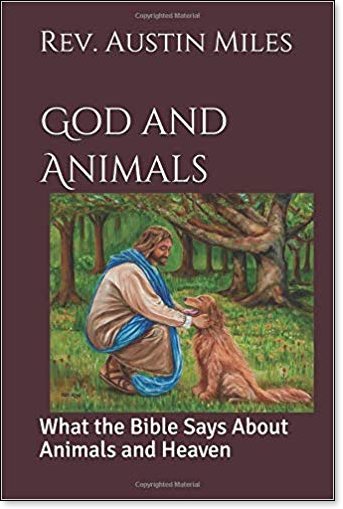