December 12, 2019
A cacophony of voices with various opinions and ideas can be found on any radio. One can hear angry voices, ready-for-battle-voices, challenging voices, and voices that know everything about everything and will advise you what to think.

One should never feel lonely under these circumstances, even though you will still not have a clear picture of what is actually happening in this world. Still it is possible to get an idea from Rush Limbaugh.

However there is an antidote. Seek the Oasis of Common Sense located within this vast desert of questionable political opinions, and you will find an accurate assessment of the news. You will also hear high-powered guests who make the news and are the news.

This Oasis is Issues in Education, with hosts Bob and Geri Boyd, the calmest, most soothing voices on the airwaves. I think they could calm down Nancy Pelosi and possibly make Dianne Feinstein smile. Bob and Geri are award winning broadcasters, rightfully receiving the Courageous Christian Leadership Award. 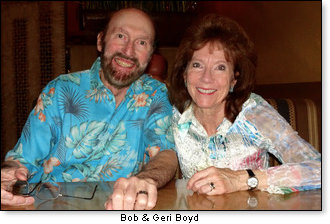 They treat their guests on the program with the utmost dignity, care, and graciousness, putting them all immediately at ease, bringing out the very best in them. This program has been on the air for over 30 years. They are beamed out of 437 radio stations but frequently other stations not on the list take part in airing the program. "Issues" can also be heard on OnePlace.com and many internet stations.

The program, which started out by prayer, is produced in a small studio on Arizona, which IS in the desert, and sent out from there. Chuck Smith of Calvary Chapel, along with long-term educator Dr. Bob Simonds, Th.D, who served on the Presidential Commission for Excellence in Education-under President Ronald Reagan, prayed about starting this radio ministry because of their concern over the future of our nation and the salvation of children.

And there was a distinct reason for this concern. The public schools have become immoral, liberal-left indoctrination centers, churning out little socialist-lefties. This is why the majority of young people prefer socialism to capitalism and atheism to Christianity.

What is more, they actually have required classes to learn about homosexuality, lesbianism, and transgenders. In one of the sex lessons, the public schools in San Francisco have 5th and 6th graders race across the room with condoms in their hand to a metal statue of a man with one part prominent and sticking out, to see who can be the first to get to the statue and put the condom on the protruding part. I kid you not.

This is an example of what Proverbs 24:11 tells us: "Rescue those being led away to death and restrain those stumbling toward the the slaughter."

Ninety percent of Christians send their children to public schools. Of that huge majority, 90% of these Christian children lose their faith in God because of their secular indoctrination. This is why this columnist urges all pastors to start a Christian school in their church. It is not difficult or even complicated to do. This writer taught in such a school for a couple of years. When Dr. Bob Simonds passed away, Bob Boyd became the President of Citizens for Excellence in Education.

This writer was on the program when it was learned that shortly after 9/11 a course on Islam was suddenly being taught to 7th graders in the public schools. I found out about it accidentally, checked with the school and was able to see all the instruction material and handouts. What's more, this was a REQUIRED class. No student could be excused from that class.

And this took place while they were still digging through the rubble of the World Trade Center to find bodies of victims who had died horrible deaths due to the Islamic attack on America.

I was a guest of Bob and Geri on their program to discuss this outrageous event. Several people attempted to stop this program from taking place. This was the first program to alert the nation of this grave danger. Many more interviews took place as the nation became aware to this sneak Muslim action.

On another program the discussion was, God and Animals. Being an animal advocate, the timing could not have been better. The program brought a huge response and resulted in my writing a book titled "God and Animals, What the Bible says About Animals and Heaven." The book was published by AMAZON. In it are stories of animals I have known personally, including elephants and tigers. And yes, the book proves that when they die, they go to heaven.

It was then that it was learned for the first time that Bob Boyd is a wonderful painter. He did one showing Jesus cuddling with a big dog. The moment it was seen I said, "that is the cover of my book," which it is. 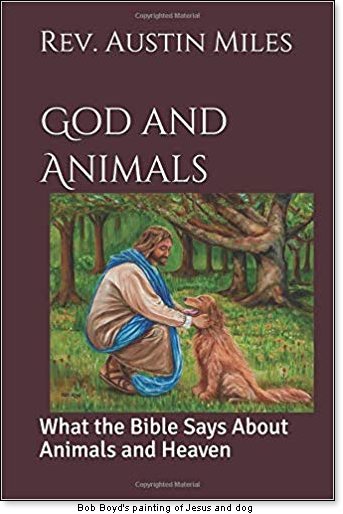 Bob and Geri Boyd are absolutely exceptional people who love God. The followers of their program try to hear every one, but CDs of each program are also made available.

There are excellent articles on that website under: "articles." And by all means, subscribe to their newsletter that is so compelling that they have been urged to do a national column. Their coverage is that good. The newsletter is free, so your budget will not be affected.

This writer was sincere in stating in the headline that Bob and Geri Boyd are the Royalty of The Airwaves. Tune in and you will see for yourselves. And in this day and age, it is wonderful to meet people who are genuine people.