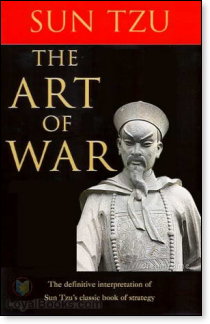 Chinese Philosopher Sun Tzu who wrote the classic book, The Art of War, stated firmly that to win a war, one must first "know his enemy." This is essential before entering into conflict where defeat will slap you down unceremoniously. In his own words, Tzu wrote: "Hence the saying: If you know the enemy and know yourself, you need not fear the result of a hundred battles. If you know yourself but not the enemy, for every victory gained you will also suffer a defeat. If you know neither the enemy nor yourself, you will succumb in every battle."

With the unrest exploding in the United States at this moment, it is doubtful that anybody has any idea WHO their enemy is, or who anybody is for that matter. Even though they are coming at us from every direction, charging under the title of BLM, ANTIVA, and, the rest of the world, along with a host of other misfits dedicated to taking over America and changing it into their image.

Let's get acquainted and understand who's who. BLM stands for; Black Lives Matter. We should participate and recognize that by turning over everything we have to this bunch of thugs who feel all white people owe them because of the horrors of slavery, which took place long before this current generation or the one before it even existed.

First of all, that is a ridiculous title for any organization. Don't they understand that we were all created by God and that ALL lives matter and that includes animals? Whenever I have the opportunity of speaking with anyone, I am absolutely in awe of that person since that person is the ONLY one of him or her (even the undecided) in the entire world or universe. That makes everyone I meet very special in my eyes.

BLM is a Communist gang founded by Patrisse Cullors, which is funded in great part by the traitor billionaire American Citizen, George Soros, who gained his first fortune by showing the Nazis where his fellow Jews stored their valuables, which included classic works of art. Soros received a huge commission for each treasure he revealed to the Nazis. And why, we must ask, why has not Soros been charged with Sedition and Treason and put in prison.

According to Christians in Defense of Israel, the founders of BLM have made no bones about being "trained Marxists" or their anti-Israel, anti-Semitic goals. But the biggest surprise shows BLM'S "spiritual practices." Yep, they have a religion, and are attempting to start a major race war. This columnist warned about this several years ago but the people did nothing to stop it.

Less than one hour's drive from the Jewish neighborhood of Riverside, BLM recently wreaked havoc on Jewish families. According to Mat Staver of Christians in Defense of Israel, the zombies openly declared their association was with the occult. L.A. BLM leader Melina Abdullah told a crowd of nearly 100,000 in L.A. the following: "Our power comes not only from the people who are here, but from the spirits that we cannot see. When we invoke their names we invoke their presence." So that's how they do it.

An out and out race war is exactly what the Communists desire, knowing this would weaken the world, making it easier for a full Communist take-over. Then, nobody will be happy.

Stirring the pot, the blacks declare that everyone is suspicious of them so they do not have a chance to succeed. Now they are demanding 'reparations' for payment to cover the white man's suspicion of them and their mistreatment during slavery, which took place decades ago.

Here is a BLM member alert. We all, every one of us, create our own stereotype. People judge us by our observed conduct. If we, or anyone like us does something nefarious, they will tend to be suspicious of anyone with those characteristics.

Example: What word comes to mind when one hears the word, 'looting?' Is it Irishmen or, black folk? So let's be very cognisant of our own conduct and behavior under all circumstances. How we are perceived is entirely up to us, nobody else.

As for this writer, I eagerly look forward to anyone and everyone I meet knowing that each of you is a distinct creation of God and the only one of you ANYWHERE. That makes you pretty special.

Meanwhile, I think readers now know the enemy, the BLM, through the revelations here and what is seen on TV. So knowing who the enemy is makes it much less complicated to deal with. Hopefully, in the near future there will be no more conflict over anyone but ourselves.

There are reports that several of the deadly fires now plaguing the nation were started by BLM. If that is true, then all those culprits should be jailed forever and considering the loss of lives (horribly by fires) and destruction of their homes, they should, without delay be given a death sentence. It is time to stop coddling those who commit such dastardly deeds. For the sake of civilization and order, this must be done. Evil doers are creating more evil doers which help destroy countries. They should be severely punished.

The Philosopher Sun Tzu also stated this: "All Warfare is Based on Deception." Yep. Another truth which becomes obvious when we consider those selfish greedy men who become wealthy in manufacturing and selling the tools used in war. There is really no excuse for war except profitability.

But this statement by the philosopher is even more profound: "The highest act of war is not to fight on a battlefield, but to subvert the enemy by destroying all the moral values in your enemy's country."

Please let that soak in. Why do the Communists, who wish to take over the U.S. along with the world. spend so much time and money in the effort to destroy religion and wipe the churches out of sight? As Karl Marx once bellowed to the crowd;, "Religion is the opiate of the masses." That's right. The only reason the Communists so far have been unable to topple America and replace it in their own image, is due to the number of churches and Christians in this country.

"It is now a law that there now can be no singing in the churches." How's that again?? Church worship such as singing hymns is made illegal since the lyrics all glorify God. Even though I heard some church Sunday warblers in the pues that I would just as soon have taking a vow of silence.

The excuse used for such sacred prohibitions as censoring hymns of is the Coronavirus which every gestapo tactic by the government leans on for support as they put their restrictions on the people.

Let's sum this up for all of our sakes. Here is the solution. Let us start back to church starting this Sunday. In church we will be with like-minded folk who hear the sermons of morality, integrity, honesty and exhibiting proper conduct. at all times. Why do you think the enemies of America first separate people from God? As Sun Tzu says, "The highest act of war is to destroy the moral values of the targets. Don't fall for it. And remember this about promiscuous sex which costs a lot of time, money and reputations: The pleasure is momentary, the position is ridiculous, and the cost is dammed abominable.

See you in church.