Yes, this title is a version of the kindergarten song that many still remember. In this version the Pope becomes the weasel. A weasel is a mammal of the genus Mustela of the family Mustelidae. The genus Mustela includes the least weasels, polecats, stoats, ferrets and mink. Members of this genus are small, active predators, with long and slender bodies and short legs. The family Mustelidae, or mustelids (which also includes badgers, otters, and wolverines) is often referred to as the "weasel family." Plus they are very cunning. So be it with this "Pope."

Nobody, but nobody, knew of this 'pope' to be, until he was shuffled into The Sistine Chapel, and crowned. His name was, Jorge Mario Bergoglio and came from Buenos Aires, Argentina. Most of us had never heard of him, and this writer has excellent resources including in the Vatican. 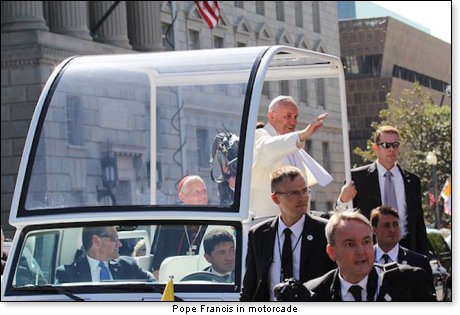 So who knew anything about Pope Francis before that night when he was crowned? Virtually nobody except for St. Malachy. That is with the exception of George Soros who has his fingers and money on the Vatican. He is the force behind the stupid actions the Vatican has taken, that has been more Communist than Christian.

The Vatican is leaning more and more to Communism. This writer knows that goes on in the Vatican but never heard of him until the night he was crowned as Pope of the Catholic Church. He quickly disavowed his title, Vicar of Christ which disregarded years of Catholic history while puzzling all Catholics.

When he appeared on the balcony immediately after being crowned, he was so fakingly humble that it was disgusting. He came off as anything but a leader.

Not too long after he came on the scene, he preached basically that wealthy people will go to hell. This writer received a frantic phone call from a wealthy woman who asked what to do since she did not want to go to hell. The Communist leaders, of course, want nobody to be wealthy except for themselves.

Then in a case of severe sin which came to the attention of this faux pope, he said, "Who am I to judge?" What?? And he left it there. It is not a question of judging but addressing the sin at hand or making a decision if it goes against the Catholic faith. When he made that statement with his fake humility it was frankly, sickening.

Each day brought us another surprise from this strange man who suddenly became pope. But this most recent was the most outrageous. The Bible is very clear on sexual sin, especially the sin of homosexuality. But he came quickly on the scene to state that it is OK to have civil marriage ceremonies for same sex couples, and that we must love and encourage them. What??? Martin Luther would say, "See, I was right!"

So what is the purpose of the church if is not to give moral instructions? Before going further, I am NOT anti-Catholic. Indeed I once considered becoming a Catholic Priest. But I didn't want to give up my cute wife so that idea did not even come out of the gate. I love the beauty of the mass and the dignity of the entire Catholic service which is the way anything concerning the Lord should be.

Something else played into this desire. I was on a plane to Rome, where I was to meet Pope Paul V1. I was juggling three suitcases on and off that plane. Two priests who were on the plane had one suitcase...just one. In that suitcase was an identical suit to the one the priest was wearing. He didn't need a change of clothing for each service as I had as an evangelist.

St. Malachy was mentioned earlier Now that we have established that the part of Malachys prophecy that shows the destruction of the Roman Catholic Church and lines up with actual prophecy in scripture, could Pope Francis be the last pope? He is the 112th Pope that fits Malachy's prophecy.

In just 2019 alone, Jorge Mario Bergoglio, the real name of Pope Francis, signed a covenant with Islam, that is working to bring about a One World Religion, and has appointed 13 hand-picked cardinals to help him reach these goals in 2020. I would say that if Malachy were somehow able to see what is going on now, in Rome, he just might recognize whats going on.

FROM IRISH CENTRAL: In 1139, then Archbishop Malachy went to Rome from Ireland to give an account of his affairs. While there he received a strange vision about the future that included the name of every pope, 112 in all from his time, who would rule until the end of time. We are now at the last prophecy. Malachy has stated there would be only one more pope after Benedict, and during his reign comes the end of the world. So Francis would be the last.

This might explain his foolhardy actions that are actually against the tenets of the Catholic church. And it is possible that we are seeing the activities of the end times unfold before our very eyes.

Clarification: My trip to Rome mentioned earlier was to have an audience with Pope John Paul V1 on World Communications Day. I was contacted since I was the first to have a religious program on the satellite.

NOTE: PLEASE VOTE ON TUESDAY. YOUR VOTE IS IMPORTANT. ATTACHED IS DEMOCRAT SYMBOL. Donkey in on the right, jackass on the left. 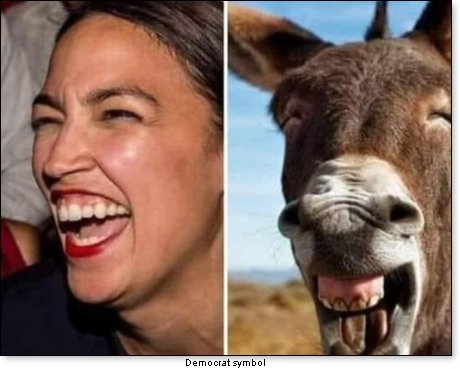