Rev. Austin Miles
How can one be fired from job he didn't have? 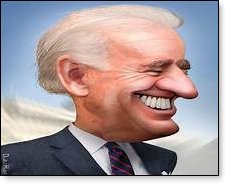 This writer is puzzled. Someone help me with this. Can one be thrown out of Walmart when he or she was never in that store? Can one be ordered out of a taxi when he had never been in that taxi? The answer to both of those quirky questions would be simply, "ridiculous."

Yet after President Trump had left the White House, following a questionable, and I mean questionable, voting surge for Biden, and is now a private citizen, the Lefties are spending time and money on...now get this...impeaching Former President Donald J. Trump! How's that again?? Former President Trump is no longer in the Oval Office nor lives in The White House nor has no presidential decisions to make. He us now simply a citizen. So how in the name of the devil's domain can he be impeached?? The answer, 'he cannot.' This could only come from the dumb dems.

The Leftist hatred for Trump is so great that it actually keeps them up at night. And this impeachment is strictly harassment for whom they consider a foe. There was a first impeachment charade not too long after he was sworn into office. They had the most ridiculous impeachment motion in history. And, as expected, it fizzled out.

Seventy Seven million people voted Trump in as President of the United States. And he accomplished more during that time than any president in history. He was the real deal. He did everything he promised on the campaign trail that he would do. And yes, the economy became the best we've had. And we had to put a lid on incoming immigrants, employment was up and overall prosperity was the icing on the cake, and he saved the lives of many, many babies in the womb.

And this made the democrat Communists furious. And they were ready to play dirty to get him out of sight. They had tried to use the "impeached' gimmick while he was in office but that fizzled like a Bernie Sanders attempt to be President of our great country. What a disaster that would have been.

This writer has never, in 87 years, observed such hatred as the demoncraps had for Trump. That hatred was so bad, in so many ways, that this could only have been birthed from the depths of hell. Otherwise nobody could have hated that strenuously, throwing verbal acid in the faces of all Republicans and causing unrest in America, something we had never really had before with the exception of the Civil War.

But on the 6th of January, this month, rabble rousers had been rounded up via computer, and came to Washington, D.C. to storm the Capitol Building. It was a nightmare. They scaled walls to get to a window to break out so they could get in. And all these unwashed hippie like people got inside the building, and stormed the offices of the congress people and senators. They destroyed everything they could, opened desk drawers and scattered the contents on the floors.

Yes, this was an attempt to stir up a civil war but fortunately there was enough security to bring the entire mess to a halt. Arrests were made even though that did not undo the five people who were killed during the chaos and the many who were injured. And this included law enforcement. One of those killed, a woman, was shot to death in the halls of the Capitol and she was an army veteran.

The Dem-Communist Party were in their element since they had years ago, nourished this deep desire to destroy The United States of America. The goal of the Communist Party has always been to turn America into a Communist Country. This has been their goal for at least 60 years. Once they "capture" America, they will have the entire world under their control. America is the only country standing in the way of the One World Order.. And why? Because America is basically a Christian Nation, churches dotting all landscapes and they know a Christian Mind cannot be enslaved.

Billionaire George Soros has financed many of the uprisings we have seen in recent years. And he is thoroughly locked into our country, and with his wealth, owns two homes here as well as an office, and does not have to hide. He has bought off many leaders of our country. Several charges could be filed against this traitor who finances most democrat functions and upheavals..

And this business of trying to impeach a president who is no longer in the Oval Office or lives in the White House makes as much sense as a foot fetishist trying to date Dolly Parton.