First of all, do not harm any Asians you see in public. Not all of them agree with Communism, and many are good people.

I remember a Chinese laundry in walking distance of my apartment building in New York. The couple that ran it were always friendly and they could be seen working at all hours of the day and the night. They had children and were working hard to be able to send them to college and university. They were good neighbors. And I respected them for sacrificing for the good of their children.

However, there are other Asians who are intent on making America a Communist country like China, and many Chinese Communists here in our society are scheming their next step. And they are everywhere, determining to put all of America under Communist control.

A TV commercial heralded BALANCE OF NATURE, which is restorative pills that give one energy and overall well-being. I sent an email asking info, including a code number for a discount, and giving them all of my info.

That email was ignored, the same as the next four emails I sent. This made no sense. After all, they were in business and I intended to buy their product, which is expensive. I got on their website and posted a customer comment about them totally ignoring my emails asking for info in order to purchase their product. An answer came in with a Chinese name of the sender/manager, asking if I wrote that comment.

Then it made sense. My name has an earned title, Reverend. Of course, the Chinese Communists hate all religion, especially Christianity, and will in no way cooperate with a minister of the Gospel. This is the kind of control one experiences in a Communist-run country. And this is where the Communist Party (CPUSA) wants to take us, transforming our nation from freedom to total control. And they blocked me from purchasing pills that may have helped me. That is what can be expected for the future if they succeed.

The Covid-19 virus was a great tool for the control of the people. And notice how there is a shortage of employees today. Nobody wants to work since government is paying constant unemployment and other money distributions. This way, everyone becomes totally dependent upon the government, which will eventually be giving us Chinese Communism, where the government makes all decisions for all lives. And the sheep are going along with this. After all, they are doing pretty well money-wise.

I know that the Coronavirus was created in the Wuhan Chinese Lab and deliberately released to the world. Bill Gates, who works with the UN for depopulation of the world, gave "Dr." Fauci $1.3 million to take to the Wuhan Lab—which financed that creation—and release it on the world. This is fully documented.

It was the secret weapon to construct world Communist control where the government tells you what you can do, what you cannot do, and where you can and cannot go. Much of that took place during the pandemic in order to get us trained. It is to be noted that the Communist Party takes 38% of all paychecks of all laborers, which of course goes to that government. Did you get that? They take 38% of your paycheck. 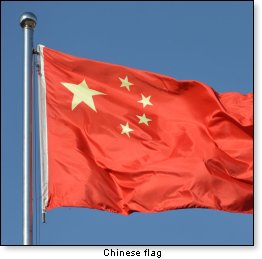 It will take much diligence and awareness to stay on top of this coming disaster, and we must never snooze.

Again, be courteous to any and all Asian people you encounter. Take heed of what the wise philosopher Confucius said;

"Bum in any group is a bum, but do not blame group." Great advice.