Rev. Austin Miles
Would you be the better president? 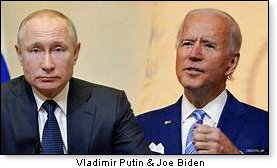 Over the centuries, the patrons in barber shops and beauty salons across the nation have long discussed the presidency. "Why, I could be a better president than the one we have" is one example and is still often heard. OK, let's think of the president we are gifted with, Joe Biden. This scribe believes that yes, any one of us in the barber shop could do a better job.

The first thing he did was open our borders to the world, inviting them all to "come on in." And they immediately began coming in, by the tens of thousands daily. That includes MS 13 gang members, drug pushers, human traffickers, criminals, rapists and thieves. Plus this president has promised all of them free housing, food, education, and medical care at the expense of all the rest of us, paid for by higher taxes we must pay as a result.

What is more, many of the neighborhoods that will be created with these new arrivals will become filthy slums, fostered by government dependency. Is this the America for tomorrow? God help us. The Democrats see it this way. And it is for sure that all of these refugees will vote Democrat, which is invaluable to the left.

None of us would have immediately shut down the Keystone Pipeline, Biden's first action, killing 23,000 American jobs, plus making us energy dependent. This means that gasoline and diesel prices will skyrocket, since we will be dependent upon other governments overseas to supply our fuel. This is one of the first actions taken by Mr. Biden. This writer predicted this before Biden sat in the Oval Office that he virtually commandeered.

Any one of us would exhibit better mental qualities than Biden. His meeting with Russian President Vladimir Putin in Geneva was a disaster. Putin ate his lunch.

Biden, instead of going through the usual channels of Congress and the Senate to push a project through, royally used the "Executive Order" mandate to make his desired laws with no discussion or opposition. So far, he has pushed through—now get this—82 Executive Orders, all of which have put us on the road to dictatorship.

In his first 100 days in office, Biden has made one hundred mistakes that have been costly to the American people. While Trump was president, employment was steady, our economy was the best it had ever been, and China could not make the headway they intended with The USA. If Trump had met with Putin, there would have been total strength on the part of the U.S.A; It could be detected that Mr. Putin did not respect Joe Biden. But all world leaders openly respected our president.

Everything President Trump put in place was torn down by Biden. Quite frankly, I think everyone in that barber shop would be a better president than Mr. Biden. At least those in the barber and beauty shops would show some common sense, something severely lacking in The White House. Perhaps this is what is going on: it would appear that we are in the middle of the roadway to a dictatorial (communist) country. Biden was not voted into the Oval Office. He got in with help from those who want to destroy the America we all grew up in.

The word "Impeachment" has already come up due to the costly mistakes Biden has already made, as well as proven deficiency in matters of protection of the United States. This all came about because of one word, INCOMPETENCE. That is not needed in the Oval Office.

Now to shift gears with a different tone. The Biden's beloved family dog, Champ, a beautiful German Shepherd that lived with them for 13 years, just died. This can be the saddest time for anyone, to lose a beloved dog. I know the grief this causes. I will spend time in prayer for the Biden family, asking that God comfort the fractured hearts they are dealing with. I ask all readers to do the same. I frankly believe that all dogs go to heaven. A book on Amazon, "God and Animals, What the Bible says about Animals and Heaven," proves that animals DO go to heaven and we WILL see them again.

I ask that all readers join me in prayer for the Biden family during this sad time.