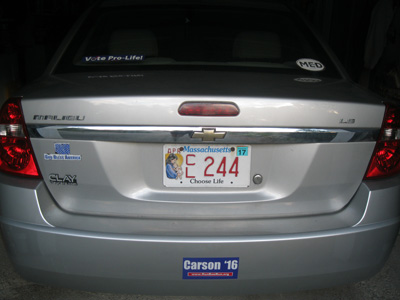 The recent announcement of the suspension of the Carson For President campaign naturally greeted supporters with an array of emotions. They are full of fervor for the doctor and his amazing story of rising from abject poverty to a highly successful medical career as a neurosurgeon. No one could question his sincerity and intent in undergoing an effort to win the Republican nomination for the Presidency of the United States.

Displaying the Carson '16 bumper sticker was an opportunity to be proud that, once and for all, now a private citizen could run for the highest office in this great land without the "blessings" of the political class. This was the Founding Fathers' intent.

Out of the gate, three outsiders caught the attention of the Republicans and Independents whose votes in the last two cycles captured both houses of Congress, only to watch a narcissistic Democrat president treat them with contempt. With millions spent to keep much of his background under lock and key, he views the citizenry with complete disdain – buoyed by a fawning, supportive mainstream media. Barack Hussein Obama has enshrined the Executive Order as holding legislative supremacy over the GOP- controlled Congress. 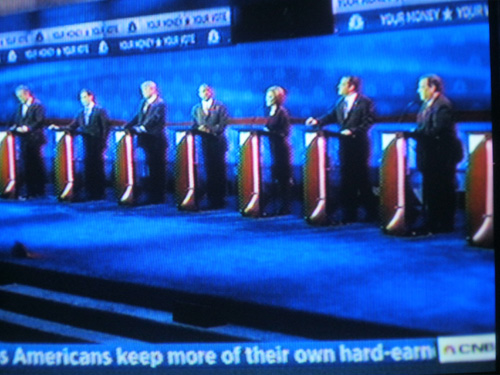 Admittedly surprised by the extent of the unpopularity of elected officials, lobbyists, and other power brokers, the media have been drawn to and have featured the unapologetic rants against them by Donald Trump. He has been given center stage, large swaths of prime time, and has become the clear front-runner among a very impressive list of well-versed declared GOP candidates. Trump did this while spewing insults, using crude language, and without detailing his political promises. Fox News seems to be afraid of him, but love the ratings he brings.

Dr. Ben Carson, after a very captivating story of saving children through surgery in his concluding commentary at the first debate, ascended in the polls in advance of the Iowa caucuses, the first primary voting in the nation. Appearing to lack passion in his demeanor, and after seeming to be somewhat weak in his knowledge of the leading issues of the day, he started to slide – mainly losing some of the large number of Evangelical supporters he had attracted earlier.

Dr. Carson's awkward statement that the Florida legal/medical controversy surrounding comatose Terri Schiavo was "much ado about nothing" was never properly explained by him. In reality, the media seemed lost in how to interview the doctor, and they avoided asking any questions about world issues. His political handlers were also obviously not up to par, and his polling numbers kept sliding. 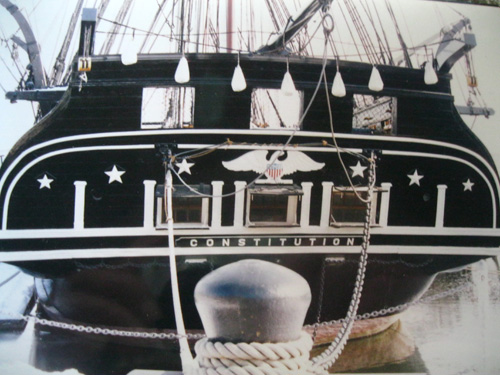 Initially, the doctor's effort in Iowa produced an impressive response, but it faded and surprisingly many Iowan Evangelicals appeared to be switching to a thrice-married billionaire. Donald Trump seemed to be able to touch all the hot buttons. He resurrected his Presbyterian roots and received endorsements from prominent Christians, which included Jerry Falwell, Jr., the president of Liberty University. "I love Evangelicals," the Donald repeatedly said, as they brushed away a background quite short of living the Christian lifestyle.

Ted Cruz, the son of an American mother and a Cuban immigrant preacher, had declared his run for the Presidency at Liberty University and had a well-organized ground game in Iowa. He would end up the winner of the Iowa caucuses. Donald Trump gained the second highest vote, with Dr. Carson coming in third. The New Hampshire direct primary was next, to be followed by one in South Carolina, as the nominating process started to pick up steam. 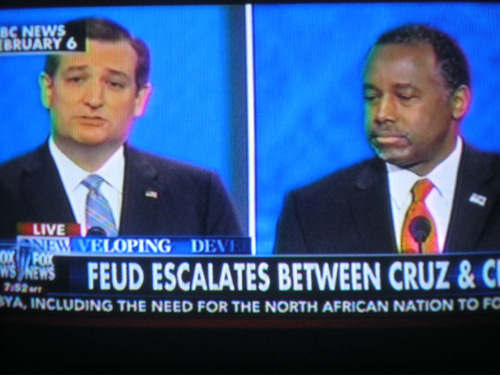 The Iowa caucuses turned out to be a sad example of ineptitude by the Carson '16 campaign. That day, they sent out a release to the media that Dr. Carson would be headed to Florida, rather than N.H. The story clearly revealed the incompetence of the doctor's campaign staff. Anyone ever involved in releases to the media knows well that the wording must be explicit – carefully avoiding any misinterpretation.

CNN received the release and reported it on TV with commentary to the effect that it opened up questions as to whether it meant a suspension of activity. How could any person not raise this question, given the Carson decline from once having a big lead in the state to now apparently being behind Ted Cruz and Donald Trump? It was a natural question for a commentator or anchor team.

Dr. Carson's response made supporters question his ability to dissect and sort out exactly what had happened to raise this question. One normally does not travel from mid-winter Iowa to sunny Florida for "a change of clothes" to head back north to mid-winter New Hampshire. Whatever the reason for the trip south, the release should have categorically stated the campaign IN NO WAY is being put on hold.

Surely in his childhood in Detroit, and certainly during those two adolescent years lived in the City of Boston, the youthful Ben Carson played some sandlot football. Even the youngest members of the team know that, if suddenly a loose ball ends up in front of you while in play, you run for the opposite team's goal line – and ask questions later. 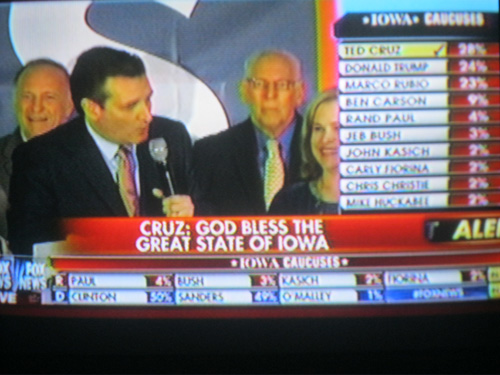 Several of the opponents' campaigns did exactly what they would have done on the sandlot., and any blame rested with either CNN or the twice-shuffled workers on Dr. Ben Carson's campaign staff. Honesty called for them to admit that their ineptitude triggered the rumor that the Carson campaign was winding down.

It was a lack of forethought on someone's part – but then to allow Ted Cruz' win to be trashed because of it – was unethical. Nonetheless, Ted Cruz apologized publicly in person on TV to Dr. Ben Carson. Donald Trump, however, has since raised it several times on TV and used it to denigrate Ted Cruz in the vilest of ways.

Then Ben Carson For President 2016 sent out a mailer to contributors with a statement: "Candidate Condemns Opponents' Dirty Tricks." It was harsh in wording and accused opponents of being "masters at it." For those supporters who also agree with the positions of Ted Cruz and Marco Rubio, it was not only very disappointing, but it was being used by Donald Trump to continue denigrating them verbally as well. Doing a complete 180 after doing the same to Dr. Carson earlier in the campaign, he started referring to Dr. Ben as "a great, great, guy," and he feigned a fondness for the doctor never expressed earlier. CNN offered no apology for the way they reported the story.

After disappointing results in the March 1 primaries, Dr. Ben Carson did suspend his campaign. It has surely ended his quest of the Presidency, but recent releases have added the term Vice President, a departure from the past.

John Kasich is the one who has been running for the Vice Presidential nod from the get-go with a wink and a nod to Democrats. He tipped it off in the first debate when in announcing his support for traditional marriage, he stated that he attended and seemingly enjoyed the festivities at the same-sex marriage of a state staff member in Ohio. 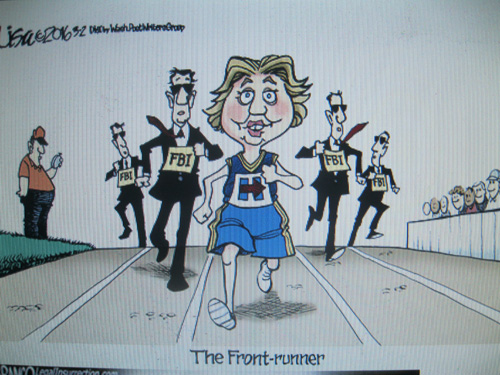 Marco Rubio descended into the mud with Donald Trump during the March 2 debate, while Ted Cruz kept his responsible composure and clearly won – demonstrating his profound intellectual capacity. It was without a doubt Donald Trump's worst effort, displaying his complete inability to maintain any presidential demeanor. In a schoolyard-level verbal joust with Marco Rubio in which neither distinguished himself, Trump succeeded in bringing down the level of debate from the cerebral to the genital. The snickering by moderator Megyn Kelly and other Fox News staffers affirmed the level at which the media and the nation itself has now descended.

The winner Ted Cruz, with all his legal talents on full display, is clearly an embarrassment to the so-called pundits in the media. They grope for words as they seek to avoid admitting Ted Cruz' talents, his self-control – and his convictions.

Profoundly influenced by Judeo-Christian principles in its founding, the United States is now suffering in the dark night of its own soul. Mystics are not needed to turn the nation around, but rather Christians by the tens of millions – actually living by the principles of the faith they claim to espouse – not running from it and requiring office holders to maintain much higher norms. 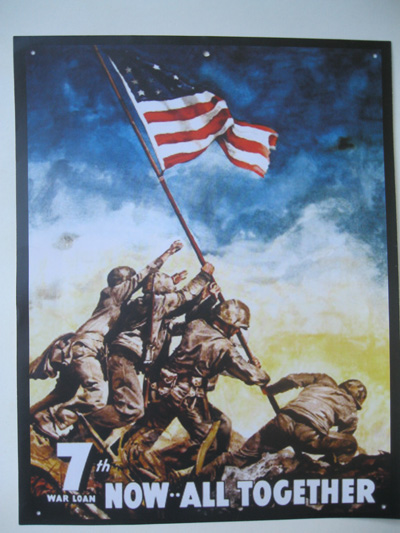 Now that he is officially out of the running for the Presidency, we can hear that doctor's call again: Dr. Carson STAT, Dr. Carson STAT. He has to sit down with his wife, his fellow Christian associates, and some level-headed people who will sort out the acts involved and responsible for the maligning of Ted Cruz after he was the winner of the Iowa caucuses. This is the way Christians are called to act.

When that is done, the public, in a press release from Dr. Carson himself, should be made aware of the multi-faceted nature of what ensued, and everyone should be absolved of any intentional wrongdoing. Clearly there was no malicious intent on anyone's part. That should be made quite clear to one Donald Trump. This will force him to dwell on real issues, if he wants to change those high negatives he receives by a great many Americans.

If Dr. Ben Carson does not follow this admonition, his once spotless reputation will always be tarnished by the way he handled an issue surrounding the Iowa caucuses of 2016. He owes this to his family – and to all of us who still believe in his decency, self-respect, and truthfulness.