R.T. Neary
Pregnancy is not a disease—and no one could reasonably argue that it is

“Follow the science” has been the mandate since 2019 in this once-united nation that is still officially named the United States of America.

“Experts” have been featured on TV screens voicing this as gospel. 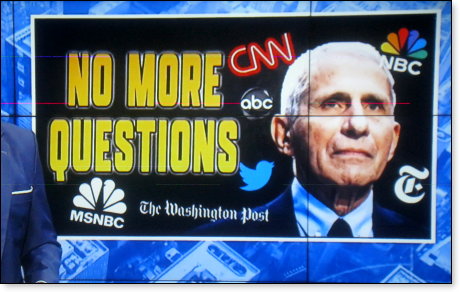 Public dialogue has centered on the reality of a threat posed by a living organism present in our environment. It is a deadly virus that can be carried by human beings and is transmissible. The organism in shape has little resemblance to us, but its threat is such that it has been considered a dangerous killer of humans when carried by one of our species. Every individual in our global human society has been deemed vulnerable. This fact has caused the situation to be deemed a pandemic.

From early 2022, in a similar narrative, another threat to society was being brought to the fore. This narrative was disseminated by an array of organizations, socio-political movements, Big Tech, and the mainstream media (MSM). Big Tech corporate giants such as Facebook and Twitter had by this time become laws unto themselves, more and more displaying their corruption and the need for transparent exposure of their errors, excesses, and controlling tendencies—and of corresponding corrective legal action.

The newer replacement of the 2019 theme was ratcheted up and fine-tuned as Election Day on Nov. 8, 2022 approached. The fervor about this latter threat echoed louder as Nov. 8 closed in. The importance of addressing the new threat reached a point where U.S. President Joseph Robinette Biden, Jr., affirmed that he would make it his first order of business post-election. 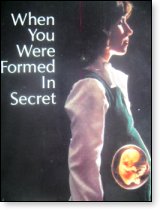 This specific threat was the one posed by another living organism—in medical terms known as a fetus (Latin translation: little one).

The right to destroy this invader, a right which for 49 years had been allowed by the Roe v. Wade decision, was officially found to be unconstitutional by the U.S. Supreme Court on June 24, 2022. In response, President Joseph Biden promised he would codify this right into United States law. 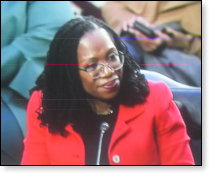 This latter specific threat is only invasive to the female of the human species, although the most recent nominee to be an Associate Justice on the U.S. Supreme Court, Katanji Brown Jackson, admittedly could not define what a woman was. Democratic senators accepted this view, which she posited because Jackson asserted that she was not a biologist.

President Biden, however, had advised everyone that the nominee was not only of the female gender, but also of Afro-American heritage, which were both deemed necessary conditions to fill the most recent vacancy on the nation’s highest tribunal. 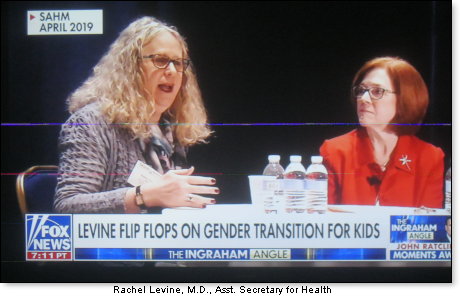 Biden’s Assistant Director For Health, Rachel Levine, M.D., was not called to offer his/her testimony. Democratic Party officials seemingly deemed Levine's governmental and medical expertise not necessary for affirmation of the two characteristics. The votes were there already.

An overwhelming number of professed legal scholars remained silent on the conditions which had been posited.

Justice Jackson now occupies a seat on the highest court in our U.S. constitutional system.

When a microscopic organism labeled a sperm penetrates a much larger one, very simply named an ovum, the most fascinating event imaginable takes place. A brand-new, never-before-created HUMAN BEING begins its existence. This newly-created object contains 46 chromosomes—23 delivered by the sperm of the male of our human species to join the 23 chromosomes of the female-produced ovum. 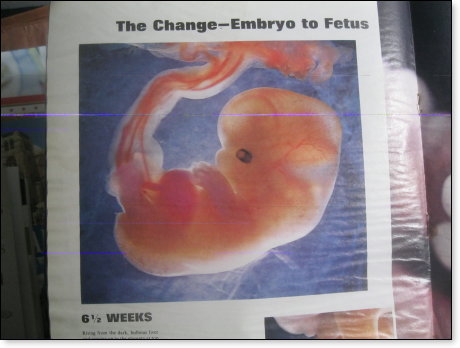 As the human cells start dividing NATURALLY, this distinct DNA has the potential to live more than 70 years alongside any and all of us.

With the U.S. Supreme Court’s overturning of the unconstitutional 1973 Roe v. Wade decision, a new tack by the socio-political abortion element revealed the fervor and depth of their ideology. Pre-born humans were targeted mercilessly. President Joe Biden, whose gaffes have become legendary, such as his “dealing with the truth, not the facts,” said that after the Nov. 8th Election Day, his first order of presidential business would be the codifying of the right to terminate the life of pre-born humans.

With the Republican Party’s Nov. 8th capture of the House of Representatives, however, coupled with the Senate’s filibuster rule, he then admitted that may not be possible. The defection of a dozen GOP Senators who post-Election Day voted to codify as federal law the elimination of multi-millennia-old biblical marriage did lift his hopes, though. These so-called GOP conservatives proved that labels are exactly that. Judeo-Christian marriage between one man and one woman assumed the validity and solidity of today’s vegetable soup Leftist organizations. Once-rock-solid unbending Mormons were up front, which encouraged the President, who himself relishes being publicly labeled a “devout Roman Catholic” by his press aides.

Placing a medical instrument on the abdomen of a pregnant woman (mother) has allowed us to detect a second heartbeat shortly beyond her missed menstrual occurrence. Detection at 22 days is not now uncommon.

This sound of another heartbeat is because a new HUMAN is now being carried within the woman. He or she is a new distinct human 10,000 times the size of the original egg that developed naturally in her ovary and was fertilized by the male sperm.

Before 3 months have elapsed, the new human creation will have distinct fingerprints and detectably be able to clench his or her fists (yes, that is HIS or HER, not his/her. There IS a distinction.

Following the science—as regards a gender difference—the child in utero can be identified as male or female by sonogram at 18 weeks gestation. 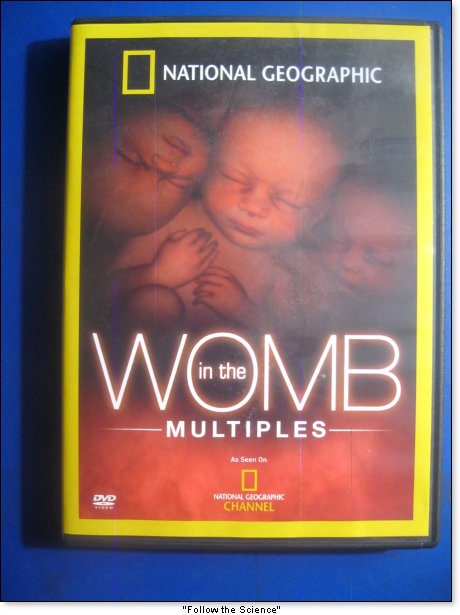 This awe-inspiring complexity of a human’s origin has been likened by Pope John Paul II to a new universe being created.

Over 63 million beating hearts had been intentionally stopped by the Roe v Wade decision in the period since its announcement on January 22, 1973—until its being deemed to have been unconstitutional by the Supreme Court on June 24, 2022. The U.S. Constitution never even alluded to the right willfully to destroy our progeny in utero.

Roe v. Wade initiated the American Holocaust, which must be brought to an historical end. This nation was originated based on Judeo-Christian moral principles—far removed from those espoused by the elements who have gained control.

A cult has actually formed around the act of terminating the lives of this nation’s progeny before they can ever see daylight.

A magazine in our once-proud nation named Glamour is seemingly hell-bent on glamourizing drug-induced abortions. Are we expected now to consider it fashionable to have privately destroyed a developing member of our human family? CVS and Walgreens with their thousands of healthcare outlets have now become part of the cult. Morally upstanding stockholders are also being asked to believe that abortifacients are “healthcare.”

Madison Avenue wordsmiths long ago advanced the term “reproductive rights” for their clients—and the MSM with their government allies fell right into line. “Destructive rights” are what we are referring to, and it involves the destruction of a developing human who needs only to be left in his or her same location for an easily determined period of time. “Reproduction” of one or more of our human species HAS ALREADY taken place.

This expression, now in all of the leading media outlets’ style manuals, exemplifies the abject dishonesty so tarnishing to our nation’s escutcheon for a half century. However esoteric “reproductive rights” protagonists from editors to Supreme Court Justices may attempt to phrase it, pregnancy is not a disease—nor is it verbally to be treated as one. Quite to the contrary, human in-utero existence is the most fascinating one that we could ever imagine on an earthly plane.

The contemplation of pre-born human life may loom second only to pondering the life which lies beyond what each of us is destined to experience after we draw our last earthly breath. A look up and beyond from our front lawn as dusk starts to settle in should provoke some honest thought. It does. 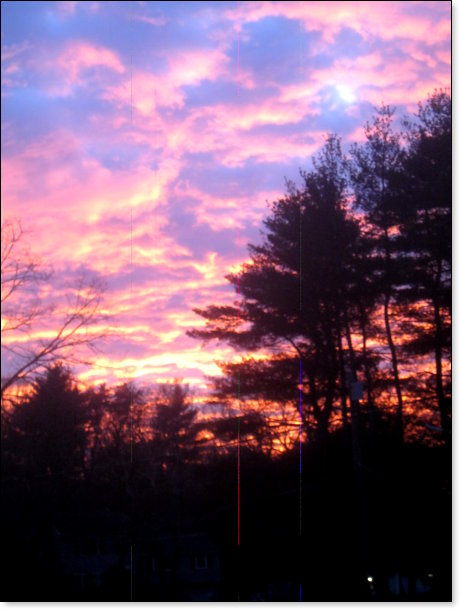 In this existence, the womb is the most beautiful of human organs. In any honest male, it should produce awe—not spite. The womb should also produce respect from both genders, because we are referring to the very first home in which all of us had to exit—ALIVE.

The RIGHT TO LIFE is God-given and extends to all members of the human family. Just what wrongdoing could any pre-born member of our human family be deemed guilty of to deserve the forfeiture of his or her life?

As we pass the half-century mark of the Roe v. Wade unconstitutional decision, our sights should now be totally refocused. A negative mindset on the value of all human life has been transparently evidenced in new stories from giant metropolitan locales to rural Idaho. They are grisly. The need for a death penalty in our criminal laws for such things inevitably becomes an issue in these matters.

This is understandable, but the legal arguments about the death penalty always revolved around those found guilty of destroying INNOCENT lives. For a half-century since Jan. 22, 1973, until June 27, 2022, we have had a death penalty—WITHOUT TRIAL—applicable to those innocent humans who were are just waiting to exit the womb. This blotch can never be totally erased, but now the June 2022 Supreme Court decision has brought truth back to the pro-life conversation on the national level. 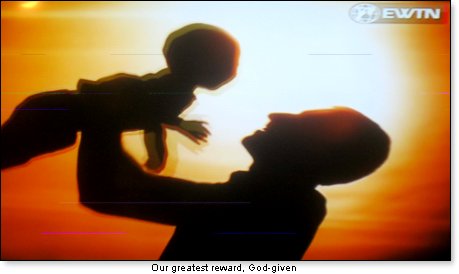 From our beginnings, all of our declared rights started with the RIGHT TO LIFE. Life was enumerated first for good reason!