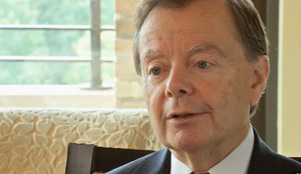 We have transitioned away from the traditional three branches of government – the legislative, the executive, and the judicial – to a new form under President Obama

Gary Bauer, President Reagan's senior policy advisor, told me in a recent interview for the Truths That Transform television program: "For the last seven years we've had an administration in Washington that believes the three branches of government are the president, his pen, and his telephone."

President Obama said famously, "I've got a pen and I've got a phone, and I can use that pen to sign executive orders and take executive actions and administrative actions that move the ball forward."

What he means by that is that if he does not like the actions of Congress, if they don't approve of his agenda, then he will pass by legislative fiat his own agenda.

Many critics of the president today feel he has crossed the line of abusing power. For example:
This last push was not some act of Congress that he signed. It was by executive fiat.

Obama also decreed recently that hospitals, including religious ones, should conduct reconstructive transgender surgery – or face the loss of federal money. Here again, the president is acting as if he rules over a monarchy or a banana republic, not a constitutional republic.

If there's one doctrine the founding fathers of America seemed to agree upon, it is one revealed in the Bible and proven by all history – that man is a sinner. Therefore, power was to be separated into three distinct branches of government. As James Madison, a key architect of the Constitution, once put it, "All men having power ought to be distrusted."

Madison argued in Federalist #47: "The accumulation of all powers, legislative, executive, and judiciary, in the same hands, whether of one, a few, or many, and whether hereditary, self-appointed, or elective, may justly be pronounced the very definition of tyranny."

John Adams talked about how those with political power tend to be like "ravenous beasts of prey." As Lord Acton would note many decades later, Power tends to corrupt. Absolute power corrupts absolutely.

George Washington, an amazing man by all accounts, was given the opportunity to become the king of America.

His disillusioned, underpaid men met with their Commander-in-Chief in 1782, months after England surrendered at Yorktown, and a couple of them wanted him to become king. He said no way. He had not fought one king to just become another one. Washington was that rarest of men – he turned power away for the greater good.

As Dr. Peter Lillback and I point out in our book on his faith, George Washington's Sacred Fire, the father of our country was acting in this and in other instances as a servant-leader, following in the footsteps of his Master – who came to serve, not to be served, and to give His life a ransom for many (Mark 10:45).

Ben Franklin once noted how the average person in power is very different: "There is scarce a king in a hundred who would not, if he could, follow the example of Pharaoh, get first all the peoples' money, then all their lands and then make them and their children servants forever."

The genius of the founding fathers that they gave government enough power to function, but not too much – lest that power be abused. For the sake of the country, we must get back to American constitutionalism and not continue with this abuse of power.

I know that there are many conservatives who feel perplexed about the upcoming election since their candidate didn't make the final cut. I also know that in previous presidential elections, I've had to hold my nose to vote for my candidate. This time I may need a gas mask.

But considering what's at stake – the judiciary, the economy, millions of future unborn babies, religious freedom, the safety of the country, perhaps even the survival of the country – it would be hard to justify voting for a candidate that will knowingly move us away from freedom.

September 15, 2022
DOJ tramples on the Constitution