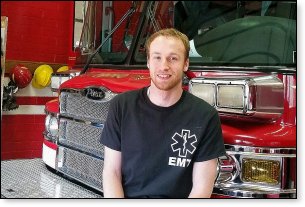 As previously reported, the Utah Supreme Court on September 9 rejected Callan Stone's lawsuit against a fraudulent "insurance medical examiner" without comment, meaning the court accepted the district court's groundless decision of January 23 granting the other side's motion for dismissal – a decision demonstrably based on factual and legal error. (The district judge even admitted in his questionable order, "I may be wrong.")

The Supreme Court's rejection of the case also implicitly accepted the Utah Court of Appeals' equally groundless May 7 affirmation of the district court's unjust decision.

The high court's decision leaves in place the district court's finding that the negligent "insurance medical examiner" at issue was immune from all liability due to "state policy" – reminiscent of the special treatment enjoyed by medieval "plague doctors," incompetent medical examiners hired by European towns to help control the epidemics of the Middle Ages. These second-class doctors were granted special privileges not given regular doctors (such as the right to perform autopsies), yet were not allowed to function as full doctors, since they generally lacked training and skill. (See Plague doctor contract.)

The district judge ruled that if insurance medical examiners were held legally liable for harming those they examine, society would have a hard time finding doctors willing to fill the role of such examiners. (To read about the district court's contradictory claim of "state policy," click here.)

Since the state Supreme Court's decision did not immediately end Callan's case, but left a few loose ends for the district court to determine, Callan has been waiting for the outcome of those remaining details. Those details now appear to have been resolved.

Callan's next step, he and his father Stephen feel, would be a possible administrative remedy before the Utah Labor Commission, to see what the commission might be willing to do to close existing gaps in state policy that currently allow incompetent insurance medical examiners to fraudulently assess injured workers with impunity, in clear violation of the Workers Compensation Act.

According to the Act's legally mandated rules for assessing injured workers, insurance medical examiners are forbidden from assessing injury or impairment without closely following those rules.

That premise was the basis of Callan's now ended lawsuit. The doctor at issue made little or no effort to comply with the state's mandated rules for assessing injury, and in fact deliberately and maliciously ignored them, causing Callan permanent injury.

We'll keep all those interested in Callan's case informed, as we go, of this next possible phase of his battle on behalf of injured workers like himself.

In the meantime, Callan is considering filing a complaint with the state licensing board to have the medical license of the insurance examiner at issue reviewed, following investigation of the doctor for medical incompetence and misfeasance, deliberate disregard for medical ethics, and malicious disregard for the state rules that govern examinations of injured workers.

The purpose of the complaint will be to prevent the insurance medical examiner from harming other people, and will be based on irrefutable evidence contained in the documents of Callan's lawsuit, which prove that the physician engaged in willful negligence, injurious medical malpractice, and fraud, as the suit alleges, in violation of the law and contrary to the public interest.

After that, Callan and his politically active family also plan to lobby the Legislature for improving and clarifying existing laws regarding injured workers' rights under Utah's workers' compensation system – to prevent what happened to Callan from happening to others.

On August 12, Callan submitted to the Utah Supreme Court a formal Reply to Respondent's opposition to his Petition for Writ of Certiorari, a petition he submitted to the Court on July 8 (see the July 23 UPDATE below).

Both his Petition and Reply (see the attached redacted copies) clearly explain the "precedential" value of his case – that is, its value for helping other injured workers who are deprived of their lawful rights by Utah's corrupt workers' compensation system, which allows corrupt insurers to hire corrupt doctors to fraudulently deprive unhealed injured workers of needed medical and other benefits, as happened to Callan.

If Callan's case succeeds, it will clarify the rights of all workers in the state and correct current deficiencies in the application of existing laws. It will also likely have a ripple effect beyond Utah.

The Petition for Writ of Certiorari Callan filed is a 20-page formal request for the Court to review his case, and the Reply he filed is a brief response to the other side's opposition. Both filings expose the errors of the district court in siding with the Defendant / Respondent without a legal or factual basis, as well as the Court of Appeals' equally egregious error of upholding the district court's unjust decision.

Since all the essential legal and material facts are on Callan's side – and the Defendant / Respondent has no defense other than misrepresentation, obfuscation, and clever lawyering – Callan anticipates that the state Supreme Court will accept his Petition and give his appeal a full review and hearing.

He should know the Court's decision in a matter of days. If the Court grants his Petition, he has lined up at least one major law firm willing to represent him, and another respected lawyer is tentatively agreeable. In the meantime, he still needs your help with his considerable costs to this point and for the remainder of his case.


To help Callan with the cost of his lawsuit, please see his GoFundMe page
August 1, 2019, UPDATE

On August 1, a highly respected appellate law firm in Utah agreed to help Callan with his appeal if the Utah Supreme Court decides to review the case. Callan will know fairly soon if the Supreme Court is willing to review his appeal.

In the three years Callan has been fighting, without an attorney, to put an end to the corruption in Utahs workers compensation system – which allows unscrupulous "insurance medical examiners" to unlawfully deprive injured workers of needed medical care with impunity – this is the best news he has received yet.

Well keep you posted. In the meantime, any donation you could make to help Callan pay for the services of this premier law firm would be greatly appreciated, as Callan and his family continue to work nonstop in his fight for injured workers rights. Please go to Callans GoFundMe page.

Because Callan and his dad submitted the urgent document described in the June 7 UPDATE below (a motion for an extension of time) by the June 7 deadline, Callan was granted an extension that not only prevented his case from ending, but gave him 25 days to file a Petition for Writ of Certiorari, a critical petition to have his appeal formally reviewed by the Utah Supreme Court following egregious errors by the Utah Court of Appeals. (It worth noting that, had the Clerk's Office not originally misinformed him as described above, he could have received up to 60 days to file that important document – extra time that would have been very helpful.) Callan and his dad were grateful, nonetheless, that they at least had 25 days, and they did their best to submit Callan's Petition for Writ of Certiorari on time. They succeeded in doing so just ten minutes before midnight on the last day – July 8 – after receiving some valuable last-minute suggestions from an appellate lawyer and also receiving more misinformation from the Clerk's Office that cost them valuable time.

Right now, they are waiting for the Defendant / Respondent's written Response, which is due
August 9. They then are allowed to file a Reply, but the Court doesn't have to wait for it before making its decision.

When Callan filed his Petition, he was required to pay an additional fee of $225. Fortunately, he received donations totaling exactly that just days before it was due.

If you would like to help Callan at this crucial point in his appeal, he would greatly appreciate it, since his savings are almost all depleted.


To help Callan with the cost of his lawsuit, please see his GoFundMe page
June 7, 2019, UPDATE

On June 7, 2019, Callan called the Utah Appellate Clerks Office with a procedural question and learned that critical information a clerk had previously given him was inaccurate, due to a rule change. The office told him he therefore needed to email an important document to the Utah Supreme Court by midnight that evening or his appeal would be over.

That call took place at 4:45 p.m. on a Friday. Callan and his father Stephen immediately dropped everything and scrambled for seven hours to re-write a rough draft they'd been working on a few weeks earlier, so they could use it to meet the deadline.

Unbelievably, about 10:30 p.m. the power in their home went off and on during a strong windstorm – disrupting their work and almost causing them to lose their opportunity. After they got their computers and printer up and running again, the power again went off and on about a half hour later, causing them to have to restore their computers and printer a second time so they could continue. They again almost lost the document they were working on.

Finally, after a frantic effort to finish and email the document before the power went out again (which it did at 12:02 a.m.), they succeeded in getting it sent to the state Supreme Court with seven minutes to spare before the deadline. Had they missed the deadline, Callan's appeal would have ended right then.

Miraculously, they succeeded in meeting the deadline! On June 13, 2019, the court approved the document, and things look good. This is the second major victory for Callan, and it means that for the first time in his case, he now has an opportunity to present his case on the merits, without the Defendant and her skilled attorneys having inordinate advantage over the process.

This high-stakes, amazing ordeal was the most stressful situation Callan has experienced during his entire three-year legal effort against a corrupt system in Utah that unlawfully deprives injured workers of the medical and other benefits to which they are entitled under the state's Workers' Compensation system – a system that is workers' only available recourse if they are injured on the job.

For more on the intense experience just described, see the Facebook post about it by Callan's mom, DeeAnn.

After going a year without work – a circumstance that enabled Callan to devote considerable time to his case – he was rehired a few months ago as an EMT at the local fire department, where he was let go three years ago for health reasons that are relevant to his case. He currently works at least three – often more – 12-hour shifts per week and must also attend additional training meetings, and this significantly limits the time he can spend on his case at this point, but this new opportunity has helped him have the financial means to continue (even though it barely pays minimum wage), along with the thoughtful donations he has received.

His job as an EMT means a great deal to Callan, and he is struggling to balance its time demands with the difficult requirements of his appeal. So far, so good.

Callan got married May 1, and this adds further challenges (and duties) to his life that require considerable adjustment – especially in the middle of his very difficult and time-consuming ongoing lawsuit. But he now has a partner to help him with the emotional demands of his stressful life, and he and Julie just found out they're going to be parents. 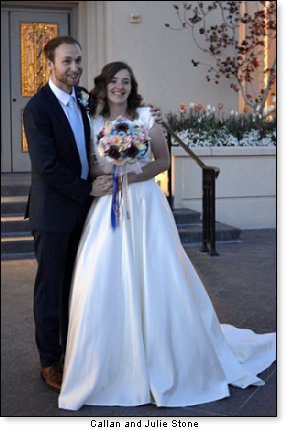 To help Callan with the cost of his lawsuit, please see his GoFundMe page
The views expressed by RenewAmerica columnists are their own and do not necessarily reflect the position of RenewAmerica or its affiliates.