July 18, 2010
"The abandonment of truth by universities of whatever type affects the culture. As relativism and agnosticism filter into that culture from the universities, religion is privatized as non-rational...[and] relativism takes over with an 'I'm aboard, pull up the gangplank' individualism"  Charles E. Rice, professor emeritus of law at the University of Notre Dame, from his book, What Happened to Notre Dame?

"Relativism, ...allowing oneself to be carried along with every wind of 'doctrine,' seems to be the only attitude that is fashionable. A dictatorship of relativism is being constituted that recognizes nothing as absolute and which only leaves the 'I' and its whims as the ultimate measure"  Cardinal Joseph Ratzinger, in his homily just before his election as Pope Benedict XVI, April 18, 2005. 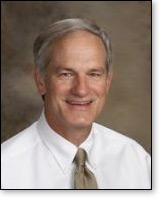 My name is Tom O'Toole, and I am both a Catholic journalist and father of two University of Illinois students, Patrick, who graduated this past May with a degree in Engineering, and Therese, class of 2013, who is majoring in Education. Patrick, like many of his classmates, was upset a few years ago when the University, in a tip of the cap to political correctness, permanently pulled the headdress of their beloved Indian mascot "The Chief," leaving the Fighting Illini essentially mascot-less, replacing his image on all school sportswear with an innocuous big letter "I." The fact that many, if not most students still wear old or underground caps, sweats, and tees sporting "The Chief's" image, certainly shows that they wish their teams still stood for something, yet the politically correct dumping of a popular student mascot alone would not be enough to prompt me to write. However, when this wave of PC-ness reaches the height of firing a beloved Illini professor for merely teaching a course on Catholicism honestly, I have to protest, for this insidious dismissal of Dr. Kenneth Howell helped me discern what that big "I" has now come to mean.

Now on the surface, Robert, you logically have to agree with the Alliance Defense Fund (Dr. Howell's legal representative) which states, "To fire a teacher for teaching the actual subject matter of a course is outrageous, and to dismiss him without a hearing of his side of the story is ridiculous." On the other hand, when the anonymous student protester is protesting for gays (or, as his favorite professor prefers, "queers"), in these relativist days, I suppose anything is possible. Never mind that this anonymous student was not even in Dr. Howell's "Introduction to Catholicism" class (but knew someone who was), doesn't get the basic facts straight (or apparently know what a fact is) whereas Dr. Howell's fateful e-mail comes off as not only utterly coherent, but compassionate. For the fact that Anonymous declares "I am in no way a gay activist (e-mailing deans and the founder of Illinois' "Queer Studies" major about a Catholic teacher you didn't even have is not activism?), mistakenly refers to Dr. Howell as a "priest," and botches the definition of Natural Law doesn't seem to matter. To your deans, Anonymous' condemning of Howell's accurate explanation of the Catholic Natural Law view on homosexuality ("Homosexual orientation is not morally wrong, but homosexual acts are contrary to human nature and are therefore morally wrong") as "hate speech" is the only thing that counts.

Chancelor Easter, I think you'll also find it ironic that Dr. Howell, after stating the Catholic view on homosexuality, then immediately states that while the love-the-sinner-but-hate-the-sin philosophy should be "obvious to the right thinking person, I have encountered many well-educated people who do not or cannot make this distinction." For after reading both the student's and Dr. Howell's e-mails, this is precisely what your colleague, associate dean of the College of Liberal Arts, Ann Mester, does, declaring that [Dr. Howell's] "e-mails violate university standards of inclusivity which entitle us to have him discontinue his teaching arrangement with us." To translate Ann's political-speak, a guy who taught religion at the University of Illinois since 2001 was fired right out from under you, and it's time to intervene.

Indeed, Chancellor Easter, almost everything about this case feels ironic, starting with your rather Christian-sounding last name to the fact "Anonymous" ended his "why Illinois should be a pro gay-sex university" e-mail by stating, "I didn't go to Notre Dame for a reason." For as a graduate of Notre Dame, I would be the first to tell you that Notre Dame is not the great promoter of Catholicism it once was. But at least Notre Dame still allows Catholicism to be one of many philosophies taught, whereas (if this firing stands) U of I will become a place where Catholicism is the one thing that cannot be taught. For do you really believe, Robert, that your underlings would have fired a Muslim (who has a similar stance on homosexuality) for teaching this fact in a course entitled "Introduction to Islam?" Or even a Latter Day Saint teaching Mormonism who still endorsed polygamy? Either Howell is allowed to stay, the Religious Studies Department should be dropped all together, or all the courses should be taught by mocking gay agnostics that consider each creed an equal load of crap.

Which brings us back to what the big "I" now stands for. My cynical friends suggest "Ignorant" or "Idiots," but that would be too easy. I'm sure many PC Illini staff would like it to stand for "Inclusive," but after reading the University's "Inclusive Illinois" pledge, "...I will encourage the expression of different voices, perspectives, ideas / I will challenge my own beliefs, opinions and viewpoints," it's obvious this decision would throw "Inclusive Illinois" out the window; you'd either have to ditch this dogma or be accused of both idiocracy and hypocracy. No, the "I" now stands for exactly that, only "me" and what "I" want and the hell with anyone else. As Pope Benedict says, by always deciding in favor of what is fashionable, there is no room left to consider any Truth as absolute, and a religion that says you must die to yourself and live for others appears so queer (the old definition!) to those outside it that it must be considered hateful. And so I once again ask you, Chancellor Easter, to weigh the case of Dr. Kenneth Howell very carefully, for the fate of the "I" is now in your hands. Yes, your predecessor decided against "The Chief," but there is One greater than "The Chief" at stake now.

P.S. Now that the Blackhawks have won the Stanley Cup, do you think that Native American mascots are "in" again in Illinois?