He took my cell phone...grabbed my face and started kissing me...he pulled down my tank top and touched my breasts...tears ran down my cheeks because I didn't know what to do... — Lizzy Seeberg, from her sexual assault police report

Did[n't] anyone ever 'cop a feel'...in college [before]...Even if you believe the story, it amounts to almost nothing...it is normal activity in college. I say 'God bless Notre Dame' for not offering the player up as a sacrifice... — Lucas Corso, from his comment on HuffPost College 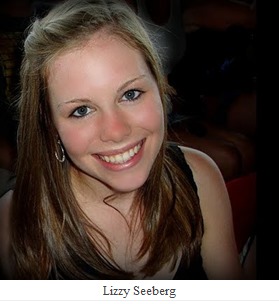 While it is doubtful that Chicago Tribune reporters Todd Lighty and Stacy St. Clair planned their dual top stories, written under the single banner "Notre Dame agrees to reforms," to be the lead stories on the Feast of the Immaculate Heart of Mary, the namesake of the two schools (Notre Dame and St. Mary's), I'm guessing the irony was not lost on Our Lady. And although Our Lady wouldn't necessarily disagree with the reforms imposed on Notre Dame (concerning their handling of sexual assault claims) by the U.S. Department of Education following the suicide of St. Mary's freshman Elizabeth "Lizzy" Seeberg, in Her Immaculate Heart I feel she would want the reform to begin at a much more basic level. In other words, before educating the staff on the proper ways and means of handling sexual assault, it must properly educate the students on the Church's teachings on love and sex.

Although the moral lawsuits against Notre Dame (and in this case, sister school St. Mary's as well) seem to be piling up since Notre Dame President Father John Jenkins made his unholy pact with President of the United States of Abortion Barack Obama, the politically-correct, morally-corrupt way they treated the case of the faithful but fragile Lizzy Seeberg ranks among their worst. Not that they exactly handled last fall's other tragic death, the fatal fall of Notre Dame student Declan Sullivan (which the Tribune also examined and which I will touch on in my next blog post) in a holy manner either, but the coldness with which they treated Lizzy and her parents could make the devil shiver.

The Seeberg tragedy started like this; on August 31, Lizzy, a strong Catholic who, due to the fact she had many former Domers in her family, grew up loving Notre Dame, made what should have been (based on the values the school professes) an innocent decision; she decided to go on a double date which included a Notre Dame football player. As it turns out, she would have been better off going solo up to the hotel room of Mike Tyson.

According to her testimony, Lizzy, feeling uncomfortable with this monster almost as soon as the other two students abruptly left the two of them, tried to get away by saying she had to go down the hall to the dorm bathroom. The player refused to let Lizzy leave, saying if she really had to relieve herself she could "pee in the sink." He then demanded that she drink out of a specific already-opened beer can, and soon afterwards commenced to grope her. Fortunately, the other students returned before the assault could turn into something worse, but by this time Seeberg was already badly shaken. Still, Lizzy managed to regain her composure (and courage) enough to do the right thing and report the assault to the Notre Dame Campus Police the following day, only to receive a threat so ominous it sent her into a tailspin from which she never recovered.

"Don't do anything you would regret," said the text message on Lizzy's cellphone, "[m]essing with Notre Dame football is a bad idea." It turned out dealing with the ND Campus Police (think Keystone Cops), although proper protocol, proved not a very good idea either. Immortalized in Ralph McInerny's Notre Dame Murder Mysteries, ND Security may lead the nation in handing out parking tickets, but when it comes to investigating homicides (or suicides) they are badly out of their league. Since it was the football season, and they already had lots of reports of "underage student drinking" to investigate, ND Security waited four days before they even attempted to contact the accused, and fifteen days before they managed to track him down (which couldn't have been too difficult, as in the interim he played two football games in front of nearly 200,000 eyewitnesses) to talk. Unfortunately, that date proved too late, because four days prior to this interview, Lizzy Seeberg, now convinced her accusation against the star player was a "scarlet letter" that would cause everyone on campus who loved Irish football (which, despite the team's recent mediocrity, was almost everyone) to hate her, committed suicide.

Eventually, the ND Campus Cops had to turn this mess over to St. Joseph County prosecutor, Michael Dvorak, but they waited until November 17, two and a half months after the event and (conveniently) two weeks after Dvorak's re-election, enabling him to steer clear of this Fighting Irish controversy until after the voting and win a sizable majority of the South Bend/Notre Dame electorate. One would assume that if Dvorak, an experienced prosecutor, had been there to interview not only Seeberg but the accused before she died, the case might have had a different result. After all, he might have taken into account this player's violent past, such as his career as a middle school bully which ended with him throwing a female classmate across the room, or a high school career that commenced with a suspension senior year (after he had been recruited by Notre Dame) for throwing a desk at a teacher. On the other hand, maybe it wouldn't have. Because after first clearing the football player of all charges, since Seeberg could no longer testify and the slight contradictions in her accounts made her statements inadmissible in court, he then also exonerated the threatening texter (after all, his son Ryan was now in the race for South Bend mayor, and he needed the ND vote too) claiming this threat "does not rise to the level of a criminal act [since] the student subjectively believed Ms. Seeberg's complaint to be false, and therefore had a legitimate purpose for his text message." Meanwhile, Father Jenkins, acting not on the advice of his bishop or spiritual advisor but his attorney, refused to talk to the Seebergs or even read their letter concerning their daughter, and did not make any public statement about the situation until Christmas, by which time the case had begun to stink so much the U.S. Department of Education stepped in to conduct their own investigation.

"We are pleased to see some changes will be made at Notre Dame," said Lizzy's dad Tom Seeberg, "changes that may help pursuing a claim of sexual violence easier for the next woman." Indeed, the just-completed seven-month probe implemented some major changes, including making it easier for the victims to prove and/or appeal their case, forcing Notre Dame to act quicker (sexual assault investigations and reports must be completed by the University within 60 days) and making any communication (including texting) from third parties concerning the case illegal. Of course, Jenkins' friendship with Obama also allowed Notre Dame to save face, allowing the University to spout the usual propaganda, this time by University VP of Student Affairs, Rev. Thomas Doyle; "The review has confirmed...that we have outstanding initiatives [already] in place, while providing several areas in which we can make improvement...sexual misconduct can have no place at Notre Dame, and we are committed to protect the safety and human dignity of every student."

It all sounds very nice, but as usual Jenkins and company are missing the point. Every university, whether secular or religious, is bound to keep its students safe; the new initiatives merely allow Notre Dame to catch up in "dignity" to the average state college that provides free contraceptives and promotes co-ed dorms. For Notre Dame to really become "the country's pre-eminent Catholic University" as the Tribune calls it, it must become a place that helps the devout but depressed student gain confidence rather than lose it, a place that seeks not just to prevent sexual violence but to promote Catholic sexual love, a place where "copping a feel" is a big deal — a deal not allowed outside of marriage, and thus not accepted inside Notre Dame.

"The trivialization of sexuality," claims Blessed John Paul II in Evangelium Vitae, "is among the principal factors which have led to contempt for human life," and nowhere was that more apparent than the Lizzy Seeberg saga. Note that the accused's lawyer claimed his client "did nothing wrong...he was a complete gentleman," despite the fact the player admitted to heavy kissing and petting! Yes, unlike Lizzy, he said it was consensual, but since when has groping within minutes of meeting someone of the opposite sex been defined as "gentleman-ly"? Now "more than ever," continues our late great pope, "it is our duty to offer...to adolescents and young adults an authentic education in human sexuality and love."

If Notre Dame is truly serious about changing the "cop-a-feel" culture on campus, it would require every Notre Dame and St. Mary's student to take a course on authentic Catholic sexuality. Beginning with Humanae Vitae, where they'll learn how "husbands and wives...through the mutual gift of each other...become one heart and one soul," through the Catechism of the Catholic Church, which describes how "contraception and recourse to the rhythm of the cycle involves...two irreconcilable concepts to the human person..." (CCC 2370) to the Song of Songs which warns, "Do not arouse or awaken love before its time" (3:5), Notre Dame must provide a course for students about what real love is, and, if it is taught by the right men and women (I'd put Professor Charles Rice in charge, but anyone recommended by The Irish Rover or Sycamore Trust is alright by me) it will not only revive the University, but change the world. Surely that is what Lizzy sought when she arrived at St. Mary's, and is the type of change Lizzy's parents hope for now, the Immaculate Heart's proof that their daughter did not die in vain.

Let us pray this change takes place by autumn, so that in addition to the heavenly supplication she now offers for these schools, Lizzy could honestly begin to root for the Fighting Irish again too...