Fighting Irish Thomas seems to be the only one covering this story. The Register in this week's issue covers it and they are about 3 weeks behind you. And they are not as thorough. Keep up the good work. Get it out into the light. Stop all coverups. If that makes you an unpopular Catholic with certain church authorities, so be it. You still have 2 supporters in California! — JimAroo, 7-4-11

He did have sexual relations and years of cohabitation (in California and Montana) with a woman known to him, when the relationship began, as a prostitute; He repeatedly abused alcohol and drugs; He has recently engaged in sexting activity with one or more women in Montana; He holds legal title to over $1 million in real estate, numerous luxury vehicles, motorcycles, an ATV, a boat dock, and several motor boats, which is a serious violation of his promise of poverty as a perpetually professed member of the Society. — Rev. Gerard Sheehan, SOLT 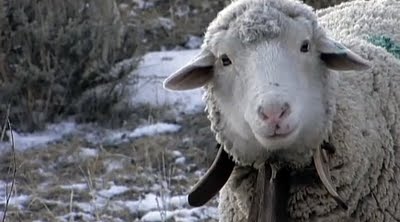 Perhaps in response to prominent conservative California Catholic "JimAroo's" comment on the paper's tardiness in reporting the story, the National Catholic Register published SOLT's latest bombshell statement about the former rock-star priest's sex and drugs escapades before SOLT themselves did, leading to speculation by Corapi's "dogged" supporters that the Register's scoop was a hoax. But now that SOLT has since published the account on its own website and has vouched for its authenticity, there can be no doubting its facts or their purpose in writing it. "It is for thousands of faithful Catholics...Corapi inspired...many of whom [due] to Corapi's false statements [about the Church] continue to support him...that SOLT seeks to set the record straight."

While SOLT's fact-finding team's contention that Corapi had sex, did drugs, and lived with a prostitute, were of no surprise to many of the Catholic writers who had investigated his corruption, a few of the allegations still caught me off guard. For example, since Corapi entered SOLT before the Society's charters required its members to live in community, I didn't realize Corapi was still bound to a "perpetual promise of poverty," but with more than a cool mil in land and countless fast cars, motorcycles and boats, it's now obvious Corapi blew that vow out of the water years ago. And, as Corapi (quoting Blessed John Paul II) often talked about how modern prophets needed to use all current means of media to spread the Gospel, I guess it's "good" to know he also practiced what he preached in reaching out to the fairer sex, not only with his "traditional" bedding of his babes, but in winning the "Anthony Weiner Award" for fallen Catholics by sexting the women as well.

And yet, as dreadful as these details of Corapi's debauchery are, to me the most frightening allegation leveled against Corapi by his former mistress is her charge of "improper sacramental practices." Although it is important to note that, while SOLT has suspended Corapi from celebrating the sacraments and has declared him "not fit for ministry," this is one allegation that (to date) has not yet been substantiated by another credible source. Still, I can't help but now think back to Corapi's oft-told tale about fasting on an airplane, only to find out his seat mate was fasting too. When he told the woman he was a Catholic priest and was fasting for the sake of his upcoming conference, she told him she was a witch and was fasting for the success of her Satanic worship service — a service that always seemed to go best when there were consecrated hosts to desecrate. Originally the story struck me as a great illustration of the modern battle between good and evil, but in the light of what has been revealed I now wonder if some deadly deal was made between the two that day. Hopefully the Sacred Host was not violated in this manner, but if St. Pius X's statement that the frequent devout reception of Holy Communion is the shortest, easiest way to heaven, I hope The Black Sheep Dog realizes that the abuse of this sacrament is the quickest ticket in the opposite direction also.

I would like to believe that SOLT's decisive statement on their once-shining star has settled this matter, but deep down I know there will still be a few diehards who will follow the former Fr. Corapi down wherever he leads, issuing death threats to me or anyone who speaks the truth about their "Dog" along the way. As for the many who were once devoted to Corapi but are now wavering as to which way to turn, let me just say this. Be thankful for the good Corapi did as a priest, and pray that he one day returns to the active priesthood, but do not follow him in his current "BS-Dog" incarnation. You have heard the saying "Let sleeping dogs lie." What I say to you now is "Let lying sheepdogs sleep."