June 18, 2013
Obama's real legacy is a constant flip-off to "the people," God of the Holy Bible, U.S. Constitution, and freedom. His real agenda is nothing but gooey tentacles squeezing the life out of us all.

Obama was the only state senator in Illinois to vote for and support infanticide.

While Obama was a "do nothing" senator in Illinois, who normally voted "present," he was so passionate about abortion he stood alone in voting for a doctor or nurse not to help a baby who survived an abortion (murder) attempt. Just let the baby sit on the counter and die a slow death for hours. You can be inspired by our president's own words taken from a video transcript out of Illinois.

OBAMA: "I just want to be clear because I think this was the source of the objections of the Medical Society. As I understand it, this puts the burden on the attending physician who has determined, since they were performing this procedure, that, in fact, this is a nonviable fetus; that if that fetus, or child – however way you want to describe it – is now outside the mother's womb and the doctor continues to think that its nonviable but there's let's say movement or some indication that, in fact, they're not just out limp and dead, they would then have to call a second physician to monitor and check off and make sure that this is not a live child that could be saved. Is that correct?"

There is more at the link above if you can bear to hear the endless run on legal bull-rot from Obama. It is plain and simple. Obama is passionately supportive of abortion and infanticide and as usual whenever he opens his mouth the legal spin cycle is turned on as he goes round and round in meaningless circles.

When Obama was first elected president, one of his first decisions was to reverse the Mexico City Policy Reagan had put in place. This forced America, while in a painful recession, to spend hundreds of millions of dollars funding abortions and international family planning clinics around the world. It wasn't enough for Obama to have millions of abortions in America. He had to finance and push it throughout the world.

This behavior alone was a telltale sign that Obama denies the sanctity and unique value of life. His belief system is rather in line with eugenics and the control of populations. He believes in culling the herd for his purposes. This is confirmed and ratified with making sure abortions are covered in Obamacare, his war with Christians and Catholics to force abortion care no matter what they believe.

Obama has also confirmed his eugenics foundation by making sure our seniors will have drastically reduced health care as they age – long lines and increased rates everywhere. It is called..."cull the herd, young and old." Life only has value by the "Obama god" who defines it and needs it for his purposes.

Rights of a child – Obama supports

Under Obama, marriage is at historic lows, while the definition and protection of marriage and family is under assault from every direction with his regime from hell.

Obama supports 'The Rights of a Child Treaty" from the UN. This is one of the many schemes to shift children from parental control to the control and indoctrination of government and the U.N. This convention was put together back in 1989 and says all the warm and fuzzy "rights" stuff about kiddies, and how it would be against the law to beat children. Sounds great doesn't it? The only problem is that spanking your kids for appropriate reasons would be challenged and outlawed. Your wild teenager would have the right of expression and exploration on the internet, even if her behavior was very dangerous and she was communicating with sexual predators. It could also be considered abuse if you forced your 13 year-old to get in the car to go to church with the family if she didn't want to.

Obama knows how Hitler captured the youth and their loyal service in Germany. He is plagiarizing Hitler's strategies with "Common Core." The website www.natcure.org unfolds just what Common Core really teaches and pushes, and it ain't good. Each Friday, I do a series on Common Core with Christina Michas, who is leading the charge and putting a national coalition together to expose this nightmare before it is too late.

Most schools submitted to the federal trick (carrot) with an offer for money, if they would submit their state school curriculums to Obama's Common Core. This agenda was hidden in a national contest called "Race to the top." Nearly all-50 states signed up for this to get the money from the feds, only once studying the real curriculum and cost to the state, realizing it was not affordable. In California alone, they found that they would have to come up with another $2 billion above what they would normally spend with education to run Common Core. Now, at least 23 states are in the process of backing out of using Common Core. It is being exposed as full of lies, immoral, and unaffordable for any state.


• It redefines the history of our country, describing the Boston Tea Party patriots as the same as 9/11 terrorists.

• It starts even before Kindergarten shredding and taking out ALL Judeo-Christian values. It pushes the gay, lesbian, transgender, and all expressions of sex as normal. It has even been verified stories of girls in a high school class being told to kiss another girl and play act being a lesbian to understand them better and see if they aren't indeed one.

• This is completely backed and pushed by Agenda 21 – sustainability and international and UN pushes and rewrites.

• No more classic novels, real history, and study of the Constitution and Bill of Rights. Instead they will read manuals of government departments – facts and lists reflecting the EPA, Agenda 21, government plans of Obama....

• Institutes data mining. Completely violates children and families 4th Amendment rights. They will use all high tech methods, not even known to the kids or parents, tracking thoughts, physiology, eye movements etc...and using all this to create "Stepford Wives" children who are told what they will go into and what career path to follow. No dreams, no achievement, no uniqueness or vision. Kids will be nothing but cookie dough cut by the government cookie cutter.


Obama's push for Common Core, abortion, sexual perversion defined in every possible way, and Rights of a Child Convention represent the other big scandal and agenda of Obama – DESTROY AMERICA'S JUDEO-CHRISTIAN VALUES AND MORAL CORE. God is in the way. Morals are in the way. Christianity is in the way and Americans are in the way if they don't worship and serve Obama.

*Abortion is murder and stark evil. Don't ever justify it.

* God defines sex as beautiful. He created it. He created it, however, for marriage between a man and a woman, not a toy to be manipulated, misused, and redefined by the sexual tasters of the world.

* It is an assault on our kids and country to teach fraudulent Agenda 21 influenced history about America. I am proud to be an American.

* Parents have the right to raise their children and require them to submit to parental authority. Most people get it that you don't beat or abuse children. However, the UN and Obama government will have nothing to do with the upbringing of my children!

Join me each night on my national radio show. Listen from 7-10 pm PAC, or later on archive at www.therothshow.com. 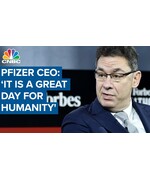