September 21, 2015
During the course of publishing many of my articles, features and books, I have had the privilege of meeting and corresponding with several exceptional human beings whose work transcends the ordinary.

One such person is Jane Kiel, a young Danish Christian woman whose love for embattled Israel comes from growing up within a deeply religious family in Denmark. Jane's parents cherished the Bible and showed a deep and abiding appreciation for the Jewish people.

Ms. Kiel has been reporting for some time from Jerusalem, Israel, and especially from the Temple Mount. This is where the two ancient Jewish Temples stood and is Judaism's holiest religious site.

Jews have been living continuously in Jerusalem under successive alien occupations since they lost their ancient sovereignty in the city to the Romans in AD 70. But since the 1840s they have constituted the largest population in what is now Israel's ancient and modern capital city.

In 1948, during the Arab-Israel War, the Jordanian Arab Legion invaded Jerusalem and illegally occupied the eastern half of the city, including the Old City. The Jews were brutally expelled and their holy places – including 57 synagogues and the ancient Mount of Olives cemetery – were desecrated by the Jordanian Arab Legion who deliberately used the Jewish gravestones as latrines.

It was not until June, 1967, during the defensive Six Day War Israel was forced to fight, that the city was liberated from Jordanian Arab occupation and the city reunited. The Temple Mount and the Western Wall was also liberated but Israel, in a remarkable gesture of conciliation, gave control of the Temple Mount to the Jordanian Muslim Waqf.

Thus was sown the seeds of today's Islamic campaign of Islamic supremacy on the Mount and the policy of ruthlessly excluding all Jewish and Christian worship.

Jews and Christians have been allowed to ascend the Temple Mount, albeit under heavy Israeli police guard against increasingly violent and criminal Muslim assaults.

Jane Kiel, who has come to be known as Jerusalem Jane, herself has been assaulted on the Mount by these same hostile Muslims, even having her camera snatched from her and the precious film destroyed.

Sadly the police were unable to help her in any meaningful way even though she made a formal complaint about the Arab harassment she endured. Such is the growing Muslim violence that pervades the Temple Mount and the self-defeating rules of engagement the police are forced to endure.

Nevertheless, Ms. Kiel continues to bravely report on the rioting by the Muslim mobs, fomented and organized by the PA's Mahmoud Abbas. In doing so, she provides vital information to the world as well as helping combat the international media reports, which falsely and relentlessly demonize Israel and give a shameful pass to the Arab rioters.

She is doing what, alas, Israel is notoriously inept at doing; getting the facts on the ground out to the world speedily and effectively.

Here is some of what Ms. Kiel writes in her latest report of September 19, 2015, titled:

"As I am writing this, I once again hear helicopters above my house and sirens from police cars nearby. Things are escalating very much in God's Holy City with riots and attacks.

"I went to the Damascus Gate in the Old City and am attaching photos for you all to see.

"There were several news crews broadcasting live to the whole world and I talked to one of them. A young man, who was freely reporting from a foreign Arab station, told me that he was broadcasting because 'no one was allowed on the Temple Mount,' and that Jewish "settlers" were inside the Muslim shrine called the Dome of the Rock!"

Jane emphatically pointed out that this claim constituted one wicked lie after another. As she said:

"All this man could do was to parrot what he had heard from others who had lied to him. But that is what they are broadcasting to the whole world, and for Muslims opposed to Israel, this is their way of making Israel look as bad as they possibly can.

"So, I made a video after I checked the true facts with the police. You can watch it here:

"Then I walked to the Kotel (the Western Wall). The place was packed with police. I saw Muslim men down on their faces praying as they were not allowed up on the Temple Mount because of their rioting.

"I was just at the right place at the right time yesterday to show the world what is truly happening here. God really guides my step every day."

Jane continued to report on events unfolding in Israel's capital.

"An Israeli border police officer was moderately wounded in a shooting attack close to the Armon Hanetziv neighborhood," she said. "He was shot in the shoulder by Arab terrorists during an ambush as he and fellow officers were quelling violent Muslim disturbances in the Jabel Mukaber neighborhood.

"An additional three officers were lightly wounded by firebombs hurled by Arab terrorists during the attack. Muslim extremist groups have been encouraging violent attacks in the capital since the eve of Rosh Hashanah, the Jewish New Year holiday, in the Armon Hanetziv neighborhood and surrounding areas. They are becoming a focal point for Muslim rioters targeting residents and security forces alike.

"In the Arab neighborhood of A-Tor, which is just next to where I live, masked Arab youths hurled rocks and concrete blocks at police: similar riots occurred at the Kalandia checkpoint."

According to Jane Kiel, and other media reports, the latest flareup of violence comes just a short while after Internal Security Minister Gilad Erdan toured some of the worst-affected areas together with senior police officers. Mr. Erdan vowed that police would, "prevent anyone carrying out violence against residents of the city or visitors."

The Minister also noted that the Jewish holiday of Sukkot (Tabernacles) is approaching and that, "tens, if not hundreds of thousands of visitors would be flocking to the capital, making restoring order an even more urgent priority."

In her report, Jane echoed many Israeli officials who squarely blamed incitement for the criminal violence at the Palestinian Authority – whose officials, including its putative leader, Mahmoud Abbas, – have been openly calling for a "religious war" over the Temple Mount – and radical Arab members of the Israeli Parliament who have themselves taken part in some of the disturbances in Jerusalem.

Twice last night the silence in southern Israel was disrupted by the sounds of sirens warning of incoming rockets. The missiles were launched from Hamas occupied Gaza.

One struck near the little beleaguered Israeli town of Sderot, which has endured thousands of Palestinian rockets over the years. The second was intercepted over Ashkelon by the Iron Dome missile defense system. Thankfully nobody was harmed.

Jane Kiel added a plea in her latest report. She wrote:

"So Israel is attacked from Gaza by rockets and Muslims are attacking non-Muslims in Jerusalem. I am just extremely grateful that I am here to be a voice for Israel! Please keep us all in your prayers."

She ended her words with these:

"This is a time like no other time in history, and I could not be anywhere else but here in Israel. Thank you, God, for guiding my steps daily! I am just so happy that I happen to be right in the midst of these things, so I can share to the whole world what the biased mainstream media will never share." 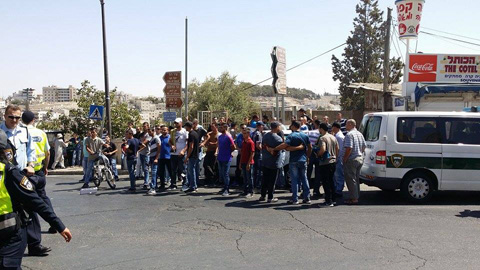 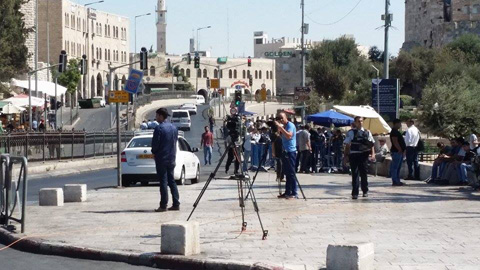 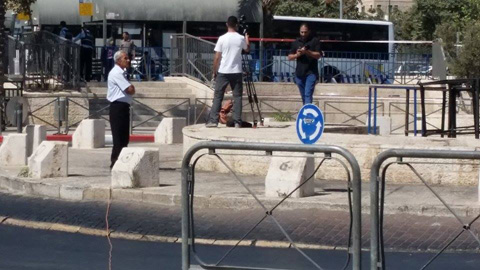 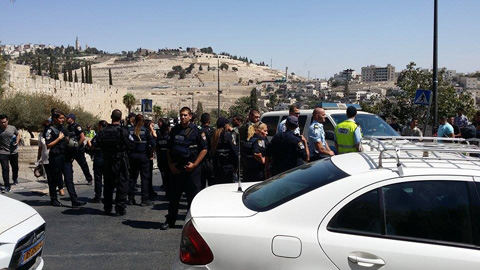 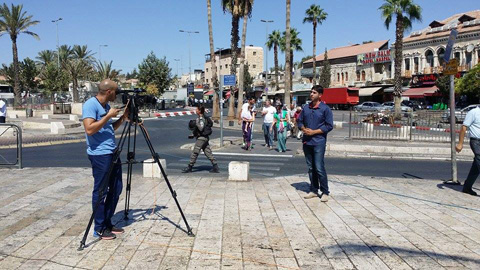