October 1, 2009
Perhaps one of the biggest political stories of the year is being completely overlooked by the Obama-struck mass media. A new biography by veteran author Christopher Andersen, "Barack and Michelle: Portrait of a Marriage," reveals that former Weather Underground terrorist Bill Ayers wrote most, if not all of President Obama's book "Dreams From My Father." 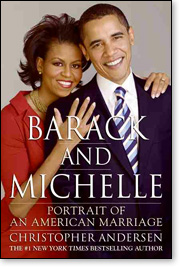 In a series of American Thinker articles over the past year, PhD author and columnist, Jack Cashill has been asserting just that. But while he found striking similarities between the two men's writing styles he could never conclusively prove Ayers' ghost authorship. Andersen's book does.

Cashill relates: "relying on inside sources, quite possibly Michelle Obama herself, Andersen describes how Dreams came to be published  just as I had envisioned it in my articles on the authorship of Dreams. 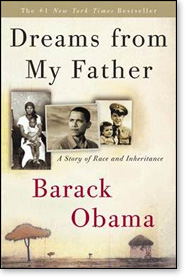 Andersen explains their rationale: "Everyone knew they were friends and that they worked on various projects together. It was no secret. Why would it be?"

I don't know, but it was certainly considered a secret by candidate Obama, and the media bent over backwards to keep it that way.

This was not the first time Mr. Obama was "blocked" either. Shortly after he was elected the first black president of the Harvard Law Review, an aggressive literary agent named Jane Dystel secured a $125,000 advance from Simon & Schuster for him to write his book. An astounding sum for a first-time author, he never delivered. After years of waiting, the publisher dropped him.

Dystel then secured him a second advance for $40,000 from Random House, and in 1995 "Dreams" was finally published. After gaining his U.S. Senate seat, Mr. Obama summarily dumped Dystel in favor of someone cheaper. She was understandibly infuriated. It is worth noting that as editor of the Harvard Law Review, Mr. Obama wrote one short article. For such a supposedly gifted writer this is truly odd. And as Cashill has noted, Obama's few other writing samples are "sophomoric." 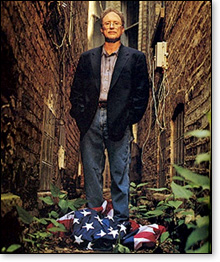 Andersen concludes: "In the end, Ayers's contribution to Barack's Dreams From My Father would be significant  so much so that the book's language, oddly specific references, literary devices, and themes would bear a jarring similarity to Ayers's own writing."

During his campaign, candidate Obama took great pains to distance himself from Ayers, Rev. Jeremiah Wright, and the many other radicals he knew. But investigation by many independent journalists overcame the media blackout to reveal extensive connections between the two men.

It is old news now that Ayers and Obama served on the boards of the Chicago Annenberg Challenge and the Woods Fund together, but in total, Obama worked with Ayers and other radicals on least six related non-profit boards and shared the same office for three years with Ayers and fellow radicals, Susan and Mike Klonsky.

Now this latest revelation about Ayers' ghostwriting suggests that not only did they work together, but Ayers essentially gave Obama his voice.

All this has somehow been lost on mass media's intrepid investigative journalists. Nary a peep.

Barack Obama is no literary giant. Furthermore, his steadfast refusal to provide any concrete information about any details of his past, his college grades, past job performance, or even voting record in the Illinois Senate, makes one wonder if Mr. Obama has any qualifications  besides a polished public persona  at all.

He is looking more and more like a mere construct, a carefully crafted mouthpiece for a cabal of anonymous radicals furiously working to secure a permanent foothold in the halls of power. Consider just a few of his "Czar" picks:

Cass Sunstein, the "Regulatory Czar" who believes, among other things, that animals should have the right to sue humans in court;

Van Jones, like Ayers, a self-described communist, fortunately resigned under a cloud. As "Green Jobs Czar," Jones was to distribute stimulus money based on formulas worked up by the Apollo Alliance, run in NY by Jeff Jones. No relation to Van, Jeff is an old Weather Underground friend of Bill Ayers;

Valerie Jarrett  the "other side of Obama's brain,"  has spent a lifetime working with and around the American Communist Party and is thoroughly plugged-in to Chicago radical networks. Valerie is the one who recruited Ron Jones.

The list goes on and on. The challenge is finding anyone even remotely moderate.

Obama's early denial of Ayers is ringing ever hollower. Rather than being just "some guy in my neighborhood," Ayers and Obama are fused at the hip. And Ayers is typical of the rabid, anti-American lunatics Barack has surrounded himself with.

Meanwhile, the media silence is deafening.