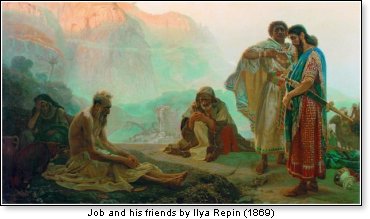 "As long as there is breath in me, and the breath of God in my nostrils, my lips will not speak wickedness, nor my tongue utter deceit. Far be it from me that I should say you are right; Till I die I will not put away my integrity from me."

"I get viciously attacked everyday and sometimes, I wonder if it's all worth it. Then I remember...I'm fighting for the American people, of course it's worth it."

Socrates (470-399 B.C.) was a famous Greek philosopher from Athens, who taught Plato, and Plato taught Aristotle, and Aristotle taught Alexander the Great. Socrates used a simple but ingeniously profound method of teaching by asking philosophical and revelatory questions. The Greeks called this form "dialectic" – starting from a thesis or question, then discussing ideas by moving back and forth between points of view to determine how well ideas stand up to critical review, with the ultimate principle of the dialogue being Veritas – Truth.

Characters:
The views expressed by RenewAmerica columnists are their own and do not necessarily reflect the position of RenewAmerica or its affiliates.