Stefani Williams
What the effort to "dump Boehner" means for 2016 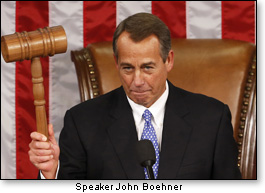 During the first week of January, something extraordinary happened. Droves of Republican voters, unhappy with the status quo in Washington, took to social media, email, mail, faxes, and their phones to voice their dissatisfaction with GOP House Speaker John Boehner and to insist he be replaced as Speaker. The public rejection of Boehner as Speaker was virtually unheard of.

But this shouldn't come as a surprise to anyone. At least two polls of Republican voters conducted near the end of December indicated that between 60 to 75 percent of Republicans wanted Boehner dumped. That's an astounding percentage.

Because of this, on January 6, twenty-four Republican Congressmen listened to the overwhelming will of their constituents and voted to oust Boehner as Speaker. These Congressmen got the message – while those who voted to keep Boehner clearly didn't, and are not only out of touch with their base, but their actions underscore the disconnect between Washington and voters.

Much of the "anti-Boehner" sentiment was fueled by Boehner's continued capitulation to Obama, and Boehner's dirty antics before Christmas to push through the passage of the "CRomnibus" spending bill – a bill that defied the outcome of November's election by fully funding President Barack Obama's Executive Action on amnesty (for millions of illegal aliens).

Not only that, the bill funded Obamacare; was bloated with wasteful, irresponsible spending; and increased the amount corporations can donate to campaigns by ten times – from $37,000 to $370,000 (we can say goodbye to the grassroots-funded Tea Party and any other small donor groups!).

The bill was so bad, in fact, that 67 Republican Congressmen voted against it!

Many Congressmen were furious over the way Boehner and his team "tricked" and bullied them into supporting CRomnibus. Indiana Congressman Marlin Stutzman, for instance, stated that he felt Boehner deceived him into voting to allow CRomnibus on the House floor for a vote. "I supported the rule [that permitted CRomnibus to be voted on] because I was informed by leadership that the CRomnibus was dead and a short-term CR [continuing resolution] would take its place." Stutzman continued, "I was very surprised and even more disappointed to see the CRomnibus back on the floor. The American people deserve better."

This – and Boehner's previous hollow threats to put the brakes on our lawless President – outraged Republican voters. In early December, Boehner proclaimed: "The American people elected us to heed their will and not to bow to the whims of a White House that regards the legislative process established by the Constitution as little more than a nuisance." Yes, exactly right, and voters expected Boehner to hold true to his rhetoric to stop Obama. Yet Boehner's CRomnibus bill did just the opposite.

Indeed, so far Boehner has done more to enable Obama and his schemes than anyone else in DC.

Is Boehner finally listening to us?

Incredibly, on Wednesday, January 14, Boehner gave an impassioned speech on the House floor demanding that "Enough is enough!" Voters, he said, expect Congress to stop Obama and his executive amnesty.

I was at first willing to give Boehner the benefit of doubt here, but this looks to be just another round of smoke and mirrors. Boehner and the House had the opportunity with the CRomnibus bill to stop Obama's amnesty – but they didn't. Instead, they fully funded it. Where's the evidence he finally means business? 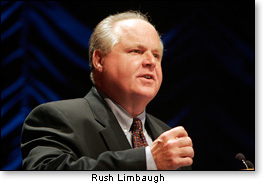 Conservative radio commentator Rush Limbaugh explains: "What's happening now with [Boehner's recent speech] is simply a sham effort to convince you that your House Republican leadership is listening to you and attempting to implement what you want. But apparently all this is a surface maneuver designed to hide the real intent, which is to, after Obama vetoes it, just give up, 'Okay, well, we tried.' And they hope to get your credit. They hope that you will praise them for the effort they engaged in after Obama goes ahead and implements his executive amnesty, after vetoing the Republican effort."

"Dump Boehner" campaign was a genuine effort by voters

To discredit the "Dump Boehner" campaign, some commentators have unfairly dismissed it as orchestrated by groups seeking to raise money by stirring up the Republican base against Boehner.

While some groups may have tried to cash in on voter dissatisfaction toward Boehner, they only took advantage of already existing voter frustration, and to believe otherwise would be to ignore the polls and facts that clearly show genuine disapproval of Boehner by the vast majority of Republicans. I personally witnessed, for example, the efforts of countless people who, by their own initiative, organized phone calling trees, used social media, email, faxes, to lobby Congress to replace the Speaker.

Meanwhile, several Congressmen have justified ignoring the electorate and voting for Boehner by saying the Jan. 6 vote "was largely ceremonial," since the "real decision was made [November 13] at the House Republican Conference. After that, it was too late to persuade most members to change their minds, deals had been made."

That's all well and fine, but this in-house vote on November 13 occurred prior to the passage of the CRomnibus (timing that was no accident). Voter outrage had yet to boil over. Most voters were also unaware of the planned timing of this in-house vote – making it rather hard for them to lobby Congress to remove Boehner.

It's fallacious to say the January 6th vote was just "ceremonial." Perhaps that's the way it's traditionally been, but how does this square with the constitutional requirement that "The House of Representatives shall chuse [choose] their Speaker and other Officers" (Article 1, Sec. 2)? The newly elected Congress was not yet even sworn in on November 13, and its newest members could not yet even participate in the Speaker's selection. Thus, the 114th House of Representatives did not "chuse their Speaker" back in November, and the November vote was just "ceremonial," not the one on January 6!

It's apparent that some major reforms are needed if old norms are allowed to dictate how a new Speaker is chosen and how much power this position has, if Congress is to reflect a more representative process.

We are a representative democracy, not an oligarchy!

The 24 Congressmen who voted against Boehner showed they understand why voters elected them in November: to stop Obama, stop government corruption, and defend our Constitution and representative form of government. 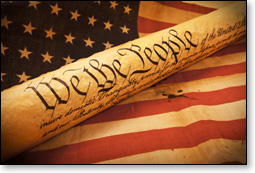 Our country is, after all, supposed to be a representative democracy, not an oligarchy (rule by a few). But Boehner seems not to understand this distinction. Since the January 6 vote, Boehner has retaliated by punishing some of the 24 lawmakers who opposed him.

U.S Representatives Jim Bridenstine and Thomas Massie wrote on January 8: Boehner's "retribution compromises the ability of Members of Congress to faithfully represent their constituents and subverts our representative democracy. The Speaker must immediately reinstate these Members. No Member should be punished for voting his or her conscience."

In the "People's House" – the body of Congress intended to be most attuned to the will of the electorate – this should go without saying.

What this all indicates for 2016

What January's anti-Boehner campaign tells us is that there is a huge bloc of fed up, mostly conservative Republicans (the rank and file) who are eager for change and substance.

They want people in public office they can trust to hold true to their word, follow and defend the Constitution, and rein in out-of-control government!

These are the same people who, on November 4, gave Republicans their largest majority in Congress since President Harry Truman. But for the past two presidential elections, this same bloc of voters has been virtually ignored by Republican presidential hopefuls John McCain in 2008 and Mitt Romney in 2012 – both of whom employed the same flawed campaign strategy to win almost solely with moderates and independents. To heck with the base of the Party, they basically said. Because of this, many conservatives stayed home on election night.

McCain and Romney ignored the two basic rules of campaigning: first, solidify your base; and second, establish contrast between you and your opponent.

Republicans can win the White House in 2016, but not with middle-of-the-road tactics and platitudes. Ronald Reagan won the presidency twice precisely because he offered a substantive, conservative vision for the country. He didn't waffle or try to appease all sides.

If the Republican presidential nominee can attract these conservative, disillusioned voters – those who constitute the base of the Republican Party, many of whom are on the verge of bolting the GOP – the nominee will have a "better than usual" chance of winning in 2016.

Stefani Williams is a registered Republican and mother of five. She serves as Deputy Chief of Staff to Ambassador Alan Keyes.