Joan Swirsky
The Democrats abandonment of the Jews

In 1984, David S. Wyman, a professor of history at Amherst College, published The Abandonment of the Jews: America and the Holocaust 19411945, in which he documented the degree to which leftist icons like President Franklin Delano Roosevelt were presented with irrefutable evidence of Jewish genocide and did nothing to stop the mass murder of six-million Jews in Hitlers Europe.

Jewish leaders who were given an audience with FDR implored him, beseeched him to intervene in this unprecedented annihilation, and showed him graphic evidence of:

Why? Because to leftists like FDR and his toadying adherents, nothing on earth took precedence over actualizing their political agenda, which wasand remains to this daytotal government control over the immensely stupid masses, the deplorables, the people who dont understand the imperative of handing over their destinies to the Regressive powers-that-be.

Many of the Jews who survived the Holocaust and ended up in America had already been physically, mentally, and emotionally destroyed and wanted desperately to be in the good graces of anyone who promised to protect thema sentiment that savvy leftist politicians like FDR were quick to exploit.

Aiding and abetting Rooseveltand every Democrat regime to this daywere the left-wing media, the same media that covered for the socialist phony FDR, concealed his racism, and camouflaged his anti-Semitism. 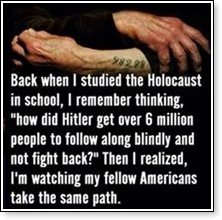 Today these media whores are doing the exact same thing in covering for the Obama-Biden regime that we now know are mobilizing their virulently anti-Semitic minionsincluding the Jew haters in Black Lives Matter and Antifato demonize Jews and Israel relentlessly and ruthlessly every day in every way.

After the Holocaust, American Jews still suffered from the vicious quotas imposed on them by major universities like Harvard and Yale and many other institutions of higher learning. Also by medical schools that wouldnt accept them and law firms that wouldnt hire themthe reason why so many major medical institutions and powerful law practices in America were established by Jews. But for the most part, florid anti-Semitism went underground because the growing awareness of Hitlers genocide silenced even the most fanatical Jew haters.

Even though Jews had arrived on Americas shores centuries ago since colonial timesand loved and embraced the freedom that America promised and contributed mightily to the betterment of our country, the metastatic virus of Jew Hatred followed them.

In response, Jewish community leaders established organizations to combat the hatred, to provide crucial and illuminating information to the uninformed, and to support political figures who enacted legislation against Jew haters and other racists.

HELP IS ON THE WAY

Jewish advocacy organizations functioned with tremendous efficacy, many for over a century, before they were contaminated and compromisedstarting in the 1960sby leftist Jews who replaced Judaism with their new-found religion of social justice.

Today, most of those once-powerful organizations are wholly-owned and controlled by leftist billionaires with a fetish for multiculturalismthe notion that Jews who build symphonies and medical centers in Israel are equal to Palestinians who strap homicide bombs onto their three-year-olds.

They also subscribe to political correctnessthe idea that organized anti-Semitic groups on college campuses throughout our country can express their hatred for Jews and Israel at will under the rubric of Free Speech, but that Jewish students who protest these assaults can be physically and verbally attacked with total impunity because of cowardly college presidents who are either anti-Semites themselves or have been handsomely paid off by leftist moneybags or Arab money.

A particularly egregious case is that of college student Louis Shenkerchillingly documented by writer Victor Rosenthalwhose time spent at UMass made him the triple victim of the hate-conservatives/hate-Jews/hate-Trump students and its faculty, who relentlessly harassed, tortured and expelled him on false grounds. Shenkers lawyers are now asking for $27 million in penalties for the schools violence against him. 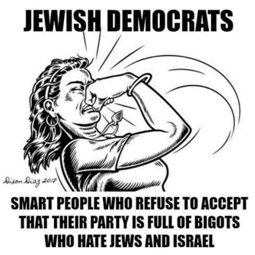 Dozens of Jewish organizations have prostituted themselves by throwing their lot into the leftist realm, foolishly believing, against a 5,000-year history, that theyand not the God of Abraham, Isaac and Jacobwill prevail in determining the future of Judaism. Because of space limitations, I can only mention a few.

The Anti-Defamation League (ADL), founded in 1913, aggressively and successfully fulfilled its mission to stop the defamation of the Jewish people until 102 years after its founding, when in 2015, Jonathan Greenblatt became the ADLs national director and CEO. Greenblatt worked for three far-left regimes antagonistic to Israelthe Clinton administration, the Obama fiasco, and the George Soros-funded far-left Aspen Institute. Now Mr. Greenblatt sounds deranged when he states that only a small number of the Black Lives Matter anarchy group dont like Jews, when he knows full well that it is one of the most rabidly Jew- and Israel-loathing groups in the world!

According to Rabbi Aryeh Spero, president of the Conference of Jewish Affairs title, the ADL has made its focus the destruction of political conservatism and President Trump. Worse, under Mr. Greenblatt, it has betrayed its original mission of fighting anti-Semites by forging a new partnership with one of Americas most notorious anti-Semites, Al Sharpton. he has made the ADL a defamation.

The ADL is not worth ten cents of any sane Jews contribution.

The Conference of Presidents of Major Jewish Organizations (CoP), founded in 1956, was, as writer Jonathan S. Tobin thoroughly documents, the central address for American-Jewish political interests. But today, many of its 53 member groups are neither major nor influentiallet alone representative of American Jewry, Tobin says.

In fact, in 2020, the CoP elected Dianne Lob, the former head of the Hebrew Immigrant Aid Society (HIAS), a Jewish group whose purpose was to facilitate absorption of immigrants and refugees, but whose mission today is to help refugees from Muslim and other countries. According to the Zionist Organization of America (ZOA), Ms. Lob has also collaborated with anti-Israel organizations like J Street and IfNotNow and supported noted anti-Semite Linda Sarsour.

The CoP is not worth ten cents of any sane Jews contribution.

AIPAC (The American Israel Public Affairs Committee) was founded in 1951 to promote the alliance between the United States and Israel to the Senate and House of Representativesthe U.S. Congress.

For decades, AIPAC sponsored conferences in Washington, D.C., featuring prominent pro-Israel American politicians and other luminaries. I personally attended a couple of these conferences and was immensely encouraged by AIPACs unwavering support for always-besieged Israel.

That ended the day I saw with my own eyes all the bigwigs at AIPAC give a standing ovation to the Oval Office occupant Barack Obamawho loathed Israel, spat in the face of Israels Prime Minister Benjamin Netanyahu, and gave Israels mortal enemy Iran over a billion dollars in cash to make the nukes they promised every dayto this very daywould destroy Israel forever.

AIPAC is not worth ten cents of any sane Jews contribution.

THE DEMOCRAT PARTY OF JEW HATE

Today, less than three months from a presidential election, the Democrat Partylong hailed as a stalwart friend of Israel and the Jewish peoplehas gone full-bore anti-Semitic.

All Congressional Democrats take their marching orders from Senate Minority Speaker Chuck Schumer and Speaker of the House Nancy Pelosi, who has done the following:

As writers Jeff Ballabon and Bruce Abramson describe in repulsive detail, in The Democrats Declare a Jew Ban, Bidens 2020 presidential platform treats Jews and Israel as pariahs, uniquely worthy of discriminatory treatment. It makes a mockery of Israel as a sovereign state and an American ally. It directly aligns the Biden campaignand the entire Partywith Israels mortal enemies.

The writers continue: Outgoing Secretary of State Kerry announced that when Democrats were back in power they would punish Israel for its stubborn refusal to be bullied into suicidal positions for the sake of peace. Bidens platform delivers on that threat. 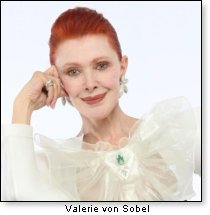 In a tour-de-force article in which she lists dozens of anti-Semitic actions taken by Democrat Party elected officials and supporters, writer Valerie Sobel spells out why a resounding 72-74% majority of the 5.4-million American Jews have backed the Party since the sun has risen in the East.

We get it," Sobel elaborates, youre for minority rights because you will forever identify as a minority. Youre forever for JFK even though his brand of liberalism is long gone and has actually morphed into modern conservatism. Youre forever for FDR, even though it was the Republican Ronald Reagan who delivered approximately 3,000,000 Soviet Jews from bondage of anti-Semitic leftist oppression. The Democratic Party of the 1950s was the party of the underdog, and youre forever the underdog, in your mind.

Alluding to the upcoming vote in November, Sobel says that its not the 1950s anymore, and after the devastating failure of your Party to stand with Jews unequivocally against the rabid Nazi-era anti-Semitism of Democrat Congresswoman [Ilhan] Omar, you stand in the final hour of a critical decision, depleted of all excuses for your political loyalty. And you know it.

Yoo Hoo, Jewish Democrats, it is long overdue for you to wake up and smell the now-contaminated coffee. A vote for Joe Biden is a full-on endorsement of the poisonous Jew hatred that has commandeered the Democrat Party and told youmeaning all Jews, including left-wingersthat they hate you personally and they hate Israel so much that they share the identical mission of the mullahs in Iran to literally exterminate the only Jewish state in existence. 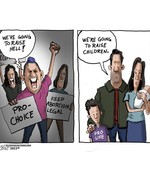