Every night for over 100 days, the entire American (and international) public has seen the criminals of Black Lives Matter (BLM) and Antifa getting away not only with arson and theft and assault and harassment, but murder. 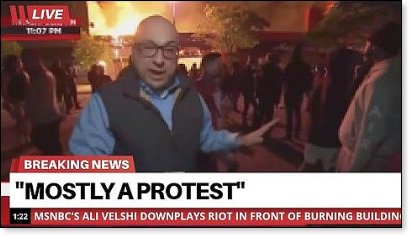 While this or that reporter stands directly in front of a government building or independent black- or white-owned business that has been set on fire, with flames soaring into the skyor the sound of gunfire causes a reporter to flinch, duck, or run for coverhe or she insanely and steadfastly maintains that We the People, the highly intelligent American public, are not seeing what is right before our eyes!

When the leftist media tell us that the protests were seeing in dozens of Democrat-run cities throughout our country are peaceful, do these media lackeys really think were that stupidor blind? 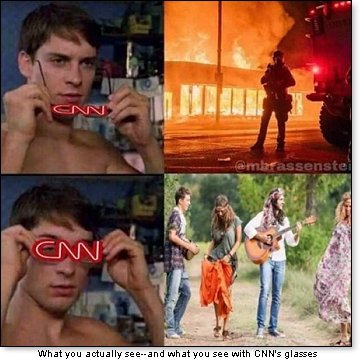 Every day and night for all these months, weve seen these bought-and-paid-for leftist media whores try to convince us that up is down, black is white, bad is good. Just a small sample of these electronic and print media fakes includes: 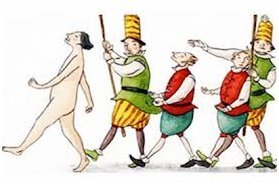 DEMOCRAT SHEEP ON BOARD

You can look at countless leftist-generated articles, Tweets, letters to the editor, and emailsboth in print and onlineand find not one message of objection, disgust, or fear about this escalating domestic-terrorism crime wave.

The only conclusion any sentient person can draw is that these Biden supporters approve of this violent criminal behavior, somehow believing that if enough chaos takes place, Americans will vote for the guy who promises to end itol' basement Joe himself.

BUT WHAT ABOUT THE CHILDREN?

We all know that liberals love children. How much they lament the cages that illegal immigrant children were put in after the chain-link enclosures were constructed by the Obama-Biden regime.

But how much do they bemoan the multimillions of lives lost because of their belief in the extreme importance of routine abortion, mid-term abortion, late-term abortion, and even post-birth abortion, in which the lives of vibrant, living, fully-developed babies are, ahem, terminated?

How much do they regret the disproportionate loss of the lives of black babies aborted in the Planned Parenthood centers theyve purposely and disproportionately placed in black neighborhoods?

And so it follows that these leftistsin their demonstrated disrespect for lifewould teach their own children and grandchildren that if they dont like someones opinion or style or philosophy, its perfectly acceptable to:

Indeed, this is what leftists are teaching their children and grandchildren by their unmistakable approval, indeed embrace, of the violence by BLM and Antifa over the past several monthsa crime for which all of the perpetrators should be indicted!

'WE DONT WANT NO SOLUTIONS!'

President Trump has offered immediate help to all the mayors of the Democrat-run cities in which this violence is taking place, but following orders from the moneybags who are funding this mayhem, they refuse his offers, leaving in abject fear the citizens theyve taken an oath to protect.

What a preview of our country if a Democrat is elected even to dogcatcher, much less president! 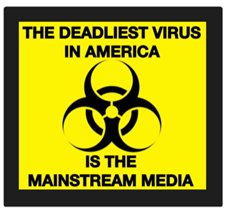