Wes Vernon
Obama: Surrender to world government? Deny pay to White House socialist advisor
In the wings: world socialist mandates on how you raise your children

January 15, 2009
Despite some public relations moves to assuage our doubts, the Obama transition team appears to be formulating an administration that is quite happy to let some international authority dictate your personal lifestyle and how you raise your kids.

It was indeed newsworthy that Barack Obama's designated Climate Czar, Carol Browner, has "socialist ties," according to the Jan. 12 banner headline in the Washington Times. Newsworthy, but hardly shocking.

Browner was EPA Administrator under President Clinton and rammed through (or attempted to legitimize) the most radical Al Gorean edicts from that eight-year perch. Interesting, but again not shocking, that she would have been listed as one of 14 leaders of a panel that is part of Socialist International, an organization that preaches "global governance," ...a longtime aim of socialists (violent and non-violent) for decades.

A spokeswoman for House Republican Leader John Boehner wants to know if Browner agrees with Socialist International's position that America should abdicate its international leadership to international organizations, and that the "international community" should be the arbiter of climate change. (The hate-America crowd loves to remind us that for a nation of only 3 to 6% of the world's population  depending on whose figures you use  we inflict a disproportionate amount of pollution on the world. Not mentioned in this gleeful denunciation is the fact that we make 30 to 40% of the products the world uses.)

Actually, if Socialist International and its affiliate Commission for a Sustainable World Society (in which Browner has been a participant) had their way, the "international community"  an obvious future cog in a world government scheme  would be enforcing dictates to the U.S. as to how it conducts itself with regard to energy and environmental policy.

So deny her a paycheck

A White House "czar" does not require Senate confirmation. Thus, there is only one way Browner can be held accountable: Conservatives on the Hill can make their point by attempting to use the congressional appropriations process to deny any money being appropriated for her own paycheck or for any function envisioned by her office. The votes are not there? That does not excuse avoiding the effort. It would draw more public attention to the matter. Obama would like to keep this "under the radar." Republicans are not obligated to accept that without a fight.

This follows an emerging pattern in the plans the Obama Administration has for diminishing U.S. sovereignty and rendering us subservient to a big brother World Government.

This is not the only straw in the wind as to Obama's intent to encourage the iron fist of world government to bear on America and Americans.

For nearly twenty years, a treaty has been bandied about that would bring the "international community" into your life in even more personal ways than whether you should or should not drive an SUV.

Careful how you raise your child  big brother is watching

The United Nations Convention on the Rights of the Child (UNCRC) is described by Wikipedia as "an international convention setting out the civil, political, economic, social and cultural rights of your children."

It is hard to read even that soft description as anything but an attempt of a world authority to enter your home and side with your children when the youngsters don't like your rules. This has some frightening overtones, and calls to mind the Hitler and Stalin societies where kids were encouraged to rat on their parents. While there is no hint here of any threat to send supposedly errant parents off to concentration camps or worse (as happened under Nazi and Communist societies), it does set up an adversarial relationship between parent and child, something in which no government  national or international  has any business, absent, of course, any proof of harm.

The United Nations General Assembly adopted the Convention and opened it for signature on November 20, 1989. As of last month, 193 nations have signed on to it. The United States has refused to join because the document is deemed to be a threat to the sovereignty of the United States and of the American family unit.

Not that the internationalists haven't tried to rope us into that net.

In 1995, then-Secretary of State Madeleine Albright favored our joining, but fortunately the "Gingrich Congress" of that year put the kibosh on it.

However, the new 111th Congress appears to be more amenable. And President-elect Barack Obama has been quoted as saying failure of the U.S. to ratify the treaty is "an embarrassment," and he has promised his administration would review it. Secretary of State-designee Hillary Clinton has long been a strong supporter of the UNCRC, apparently believing this world authority is the "village" it takes to raise a child.

The "devil in the details"

Governments that have ratified the UNCRC are required to report to and appear before the UN Committee on the Rights of the Child from time to time to be questioned on their progress with regard to the implementation of the Convention and the "status of child rights in their country" (as cited by Wikipedia).

And what are those "rights"?

Michael Smith, President of the Home School Legal Defense Association (HSLDA), reports that the international committee that monitors the CRC "has expressed its concern that parents could home-school without the view of the child being considered; that parents could remove their children from sex-education classes without the views of the child being considered; that parents were permitted to use corporal punishment [like spanking]; and that children didn't have access to reproductive health information without their parents' knowledge."

So let's see if we understand the ultimate goals here.

If you want to home-school your child, you should first ask the child whether he/she likes the idea. Strange, that. By contrast, I don't know of anyone who says you should not send your child to a public school without first asking if he likes anything in the curriculum besides recess. If you take offense to the inferior education product or the political indoctrination centers that many schools have become, tough  your values don't count. All you did was bring the child into the world  or adopt him or her into your family. Who are you to have a voice in such matters?

By any standard, this is nuts.

And the new president thinks it is an "embarrassment" that the parochial, backward, Neanderthal U.S. believes parents have rights in deciding how to raise their own kids. 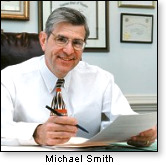 On top of that, he has a "Climate Czar" who participated in a Socialist International whose authorities think it's their right to tell you how to regulate your thermostat.

And in an e-mail to this column, Michael Smith (of HSLDA) emphasizes that the Convention on the Rights of the Child "opens the door for international bureaucrats to dictate family policy to the U.S. because we are [constitutionally bound] to regard the treaty provisions of the CRC as the supreme law of the land."

It isn't just Obama's well-known socialist ideas that pose a threat. "World governance" has the potential to compound that threat.