Wes Vernon
The Pat Buchanan firing: validating every stereotype of the liberal media

February 20, 2012
Patrick J. Buchanan has been fired by MSNBC. For years, the longtime author/columnist/commentator had served as that network's lone conservative voice.

That Buchanan is liked and respected of such liberal colleagues at the cable channel as Chris Mathews ("a smart guy" and "I miss him already") and Rachel Maddow ("Uncle Pat") speaks volumes of his charm and likeability, blending well with his straightforward, unabashed, take-no-prisoners advocacy of the conservative cause.

The end of Buchanan's 10-year stint at MSNBC resulted — according to the company's president Phil Griffin — from his latest book, Suicide of a Superpower: Will America Survive to 2025. His answer: As a geographical entity, probably. As the America we have come to know and love, maybe not, unless we reverse course on several fronts.

Perhaps, but from whence comes the money angle? Answer: The well-funded left-wing media machine had threatened to tarnish MSNBC's reputation as "the liberal Fox" if the network retained Buchanan. 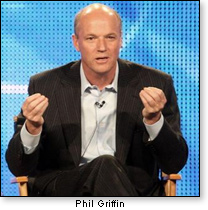 The conservative pundit himself gets down to the guts of it:

"I know these blacklisters," he writes. They operate behind closed doors, with phone calls, mailed threats, and off-the-record meetings. They work in the dark because, as [1928 presidential candidate] Al Smith said, nothing un-American can live in the sunlight."

Indeed. The pressure came from the likes of Color of Change, whose prime mover is self-described communist Van Jones — former White House "green jobs" czar; the George Soros money-fueled Media Matters (about which, see below); and the Human Rights Campaign, ostensibly existing simply to plead for the basic rights of gays, but (way beyond that) a group that harasses Christian believers, sometimes resorting to violence and boycotting businesses that hire people with whom the group disagrees (including hourly-wage waitresses and movie projector operators; these people deploy nothing short of the carpet-bomb strategy).

For decades, moviegoers and TV viewers have been inundated with scores of dramas about the horrible "witch-hunts" on the part of government investigations of communists and their sympathizers who've aided and abetted a foreign movement whose design was the violent overthrow of the U.S. government.

Ohhhhh! The horror of it all — that anyone would point out that insurrectionists with a hate-America mindset were plotting our downfall. The subversive propaganda vehicles included news and entertainment media, as well as the brainwashing of our innocent, unsuspecting young people (K-12 — higher ed).

But now, cash-infused groups of the establishment left scheme to destroy not just Buchanan, but anyone whose love of country leads him (or her) to speak up against those who seek to tear down its cherished traditions.

Coincidence it is — or maybe not — that MSNBC's axe should fall on Buchanan during the same week that Tucker Carlson's Daily Caller made public the results of a thorough investigation of Media Matters. That Soros beneficiary and its huge staff engage 24/7 in a focused crusade to pressure networks to fire any conservative commentator. And not just commentators, but anyone employed by a conservative outlet in any capacity. This column itself has dealt in the past with this toxic mischief. (See, for example, this column "The real story of Glenn Beck's exit from Fox?" — 7/11/11.)

Thus Carlson and his colleagues have exposed Media Matters' campaign against the First Amendment. Liberals, it seems, are not satisfied with control of roughly 80 percent of the media; they demand it all. They know that Americans are on to them. The leftist point of view cannot survive the light of day unless conservative voices are shut out of all access to debate in the public square.

Media Matters, according to Carlson and Co., "has achieved more influence simply by putting its talking points into the willing hands of liberal journalists." (How is that for the "liberal media" as caricatures of themselves? In moments of "hyperbole," conservatives for decades have darkly suggested this type of covert connection was routine. Now they find out there's actually a smoking gun verifying exactly that supposed "conspiracy theory.")

Says one former Media Matters employee — when speaking of MSNBC — "We were pretty much writing their prime time." Comment: No wonder they wanted Buchanan out of there. He was messing up their nightly party line.

In case you doubt that was precisely what was going on, "Media Matters had the direct line of MSNBC president Phil Griffin, and used it. Griffin took their calls." (You can't make this stuff up.)

Just to complete the circle here, this same Phil Griffin, in releasing Buchanan, said of the latter's Suicide of a Superpower that its controversial views should not "be part of the national dialogue, much less part of the dialogue on MSNBC."

There you have it: You will confine your comments to our parameters of debate or we will shut you up.

Media Matters intends to spend $20 million in 2012 to influence news coverage, and "operates in coordination with the highest levels of the White House," the Caller informs us.

Let's review what Pat Buchanan actually wrote that caused all the fuss:

Suicide of a Superpower

Here, in encapsulated form, are highlights of the case argued in the latest Buchanan best-seller:

First to the subtitle: Will America survive to 2025: His answer: as a geographical entity, probably; as the America we have come to know and love and as envisioned by our forefathers, doubtful. Italicized below is a mix of exact Buchanan quotes and paraphrases (occasioned by space limitations): 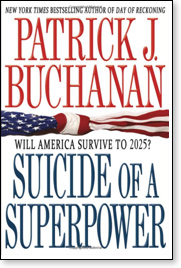 America has changed in our lifetimes. A de facto revolution has taken place. That revolution gives short shrift to the traditional family, which is categorized as but one option, and men can marry men and women can marry women. Suddenly, we're told the last several centuries of traditional marriage had it all wrong.

The feminist movement, with its mockery of marriage and demands for unrestricted abortion, no-fault divorce, and gender preferences, was a frontal assault on meritocracy and the traditional family.

Our secular entities believe in this revolution. The people never did. Middle America detests it. Therefore, it must be imposed from above by judges, bureaucrats, professors, and those who control the content of our culture.

The secular fundamentalists are at war with the laws of human nature, and are more in tune with the French Revolution based on Jacobinism than with the freedom-inspired American Revolution.

Even Communist China — reluctantly bowing to reality — has put Mao's revolution on the shelf and replaced it with state capitalism, while not abandoning Mao's ultimate communist goal. What difference does it make if a cat is black or white, Deng said, as long as it catches mice?

The sixties anti-war movement was more than a protest of Vietnam, but was at heart a rejection of an anti-communist foreign policy and of the idea that America was a good country and a beneficent force in the world. (Comment: And BTW, anyone following Buchanan's commentaries over the years knows he is not a knee-jerk advocate of war, to say the least.)

We can't allow the Nativity Scene on the National Mall, but we must have a giant mosque near Ground Zero. Otherwise, you see, we are "bigots."

Continuing with the thrust of the Buchanan book:

...The civil rights revolution of the sixties began with a legitimate demand for equality of rights and an end to state imposed segregation but became a vehicle for assailing America as irredeemably racist.

...Same sex marriage has been rejected every time it has been on a ballot. Even Obama has not endorsed it. And as Congress and Obama impose the values of Fire Island on Parris Island, he will feel the full force of the counter-revolution. 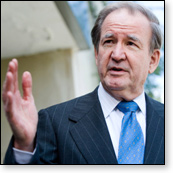 As has been said many times, facts do not cease to exist merely because they are ignored. It may not be polite to point out that White America is calculated to be in the minority by about 2041. But is that prospect not deserving of a national conversation?

The book's "Death of Christian America" may be a chapter title of some controversy given that President Obama has rejected the "Christian Nation" declaration applied by the Supreme Courts of the past and by other leaders, including President Harry Truman. But why is it out of bounds to suggest that we have this discussion as to who we are (or are not)?

Pat Buchanan, former speech writer for Presidents Nixon and Reagan, has been highly controversial during his punditry and campaigns for the presidency, sometimes even among conservatives (on some trade and foreign-policy matters). Agree or disagree, the man is an insightful super-intellect.

His Suicide of a Superpower raises some important issues, strongly suggesting the need for robust debate as this nation encounters a crucial juncture. It is reasonable to forecast that — MSNBC notwithstanding — Patrick J. Buchanan will not shut up. Neither will Middle America.