As America approaches the 40th anniversary of the Watergate break-in, which brought down the Nixon presidency, no historical discussion of the scandal will be complete without including the extensive research done by author Max Holland. 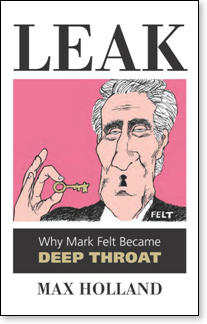 "Leak: Why Mark Felt became Deep Throat" centers on a little-known but significant factor that drove much of the drama: the pure personal pique of one man. Mark Felt, then the FBI's No. 2 official, was miffed that President Nixon had not appointed him to replace the legendary J. Edgar Hoover upon the latter's death nearly seven weeks before the break-in.

Washington has long been a magnet for those imbued with the worst instincts of the Machiavellian back-stabber. Even by that standard, Felt's deceitful maneuvering against the man the president had picked for the job, the decent but altogether too trusting L. Patrick Gray, leaves one breathless.

As a veteran of the FBI, the somewhat obsequious Felt had ingratiated himself to Hoover. With a feigned transfer of that loyalty to the newly appointed Gray, the man who would become "Deep Throat" actually set out to destroy his new boss. It rankled him that Gray had been selected from outside the bureau's ranks for the top job (pending confirmation).

Felt accomplished his destructive goal in several ways, the centrality of which was leaking to the media details of the FBI's ongoing Watergate investigation. Washington Post reporters Bob Woodward and Carl Bernstein were among the chief beneficiaries of that steady stream of information.

Because the specifics of the probe had not yet been made public, spreading the incomplete findings to the public would make it appear to the White House that Gray was incapable of controlling the agency — and also leave the impression that the FBI was complicit in a cover-up. Felt's goal was that Gray would be denied the permanent appointment as director and, while making his exit, would recommend his "loyal aide," Mark Felt.

Like the cheating schoolkid who looks over the shoulder of a classmate to copy the exam answers, Felt, from the vantage point of his high position with the FBI, copied the work of his bureau's own agents and passed the information to reporters. The resulting stories made the FBI appear either incompetent or derelict. Agents in the field were furious that their incomplete work was being disseminated in a way that reflected poorly on their investigation. Unbeknownst to them, the ultimate betrayal had come from one of the superiors on their own "team."

Compounding that offense, Felt mixed accurate information with exaggeration and falsehoods. Woodward has called Felt a "truth-teller." Mr. Holland's book, based on massive research and scores of interviews over many years, exposes so many lies uttered by Felt that this reviewer simply stopped counting them. Nor did Woodward or his partner, Bernstein, honor truth when they insisted their sources were responsible people with "no ax to grind." 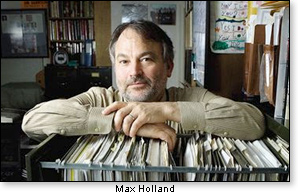 The plot thickened as Nixon faced an interesting dilemma. He did indeed decide that Gray, while loyal, was incompetent. But the Oval Office calculated that the only thing worse than nominating Gray would be not nominating him.

Then, in late October, the White House learned that Felt was the leaker. The information came from Deputy Attorney General Henry Peterson, a career official and a Democrat, who thus unwittingly set the wheels in motion for the cover-up. Until then, there had been some consideration given to naming Felt to his long-held dream job to carry on the Hoover legacy. No longer. But retribution would have to wait until "all this blows over." Which of course, did not happen.

The author smashes the "All the President's Men" mythology of brave, purely motivated journalists bringing down the mighty from on high. Sandy Smith of Time magazine, another beneficiary of Felt's leaks, estimated that less than 2 percent of his material was "truly original investigation."

Felt also blamed Gray for black-bag jobs that had been authorized by Felt himself and of which Gray had no knowledge. One target was the terrorist Weather Underground. When Felt went on trial for that offense, FBI agents offered financial support and likely saved him from bankruptcy. That largesse would not have been offered had they known he had undermined their investigation.

Aside from speculation as to media motivations, partisanship likely was not a factor with Felt (who detested Nixon opponent George McGovern) or with author Holland, a worker in the 1972 McGovern campaign with no intellectual investment in Nixon's place in history.

Touted by the mainstream media as a "hero," "Deep Throat" publicly withheld his identity until he was near death. As an FBI colleague remarked, "Heroes don't lurk in the shadows for 33 years."