September 13, 2012
WHO'S COUNTING?: HOW FRAUDSTERS AND BUREAUCRATS PUT YOUR VOTE AT RISK 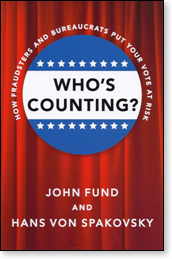 America's loose "honor system" in voting is no longer viable, assuming it ever was. For decades we joked about the cemetery precincts in Chicago and elsewhere, and how statewide elections in Illinois were basically a battle between the elder Mayor Daley, a Democrat, and the downstate Republicans as to who could do the best job of fictionalizing the vote count. But they were seen as anomalies.

We also know that earlier in our history, practices in some states discouraged qualified citizens from casting their ballots. But we consoled ourselves that once Jim Crow laws had been eliminated, that was stopped.

Sorry, but we're not in a position to "live happily ever after." According to "Who's Counting: How Fraudsters and Bureaucrats Put Your Vote at Risk," we learn that cemetery voting not only remains a comfortable part of the political fabric of the "Chicago way," but has spread to many other areas across the nation, urban and rural. In some voting places, fraud continues, albeit largely now perpetrated by different groups of people than in the days of old. 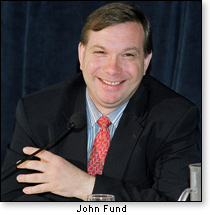 Authors John Fund and Hans Von Spakovsky have presented hard evidence that voter fraud (some of it well-organized), combined with incompetence, alleged "reforms," and bureaucratic indifference have undermined the popular trust in America's most precious right: picking our leaders.

The metaphoric but iconic "Lady Liberty" would have to be in tears as this documented study cites example after example of such fraud as 1.8 million dead people are still registered to vote; illegal aliens have been voting, including one assassin of a Mexican presidential candidate who voted in California twice; yes, Al Franken's friends stole the 2008 Senate seat seat with "Minnesota funny business"; top officials in one West Virginia county pleaded guilty to falsifying more than 100 ballots; at least 54 activists have been convicted of voter frauds.

The above are mere samples. ACORN, under whatever front name at a given moment, remains well-funded and is among the many liberal groups fighting to eradicate voter ID laws. Never mind that photo IDs are required to get a passport, withdraw money from your bank account or purchase an Amtrak ticket. The argument that it is racist or suppresses the vote is belied by figures showing no effect or, alternatively, an actual rise in voter participation where implemented.

Take Georgia and Indiana, the two states with the strictest voter ID laws in the country: In 2008, Georgia had its largest turnout in history, second-highest increase in the nation, including a huge boost in Democratic voters (compared to 2004). Indiana's turnout was the fifth-largest increase nationwide, and there was a very large boost in Democratic voter participation in all 50 states.

Small wonder the Supreme Court would rule 6-3 that the Indiana law is constitutional. So from where comes the most powerful push back against voter ID? In the chapter "Holder's Justice Department," the authors nail it.

That one chapter easily could be expanded into a full-length book of its own. Much of it is based on Hans Von Spakovsky's experience inside the Department of Justice's Civil Rights Division. It would be very difficult to exaggerate the depth of that agency's blatant corruption, partisanship and racial bias in enforcement as well as in hiring. 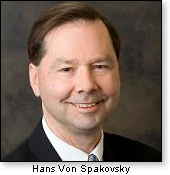 This is a scandal awaiting some enterprising journalist in search of a Pulitzer, assuming either that a journalist can be found in the mainstream media willing to go up against the round-the-clock smears that would be unleashed from powerful quarters, or that the journalistic awards process is not ideologically weighted.

Mr. Fund (an investigative pundit who has authored a previous work on this topic) and Mr. Von Spakovsky (a former federal election commissioner and past Justice Department official) bring to the table an impressive combined knowledge of voter fraud. Their proposed remedies deserve our consideration. Here are just a few:

Add all that up and one understands a registrar's comment: "Elections are in danger of collapsing under the weight of their own complexity."

It is disconcerting that much of the mainstream media will refuse to acknowledge the scandal that is the organized maneuvering to compromise the integrity of the electoral process. The authors describe a culture of "there essentially is no such thing as voter fraud. So pay no attention to the vote stealers behind the voting booth curtain." There's nothing here, so just move right along, folks.