June 28, 2016
A dark, thug-driven side of the Clinton campaign no doubt is keeping an eye on the re-issue of the book Target: Caught in the Crosshairs of Bill and Hillary Clinton.

Written by Kathleen Willey, we have here a story, credibly told by a woman with firsthand knowledge of the person who is today, right now, trying to get voter approval for – "A Third Clinton Term?" 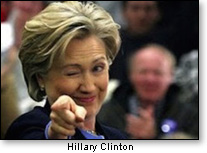 It is assumed that regular readers of this column have long since graduated from the certifiably intelligence-insulting propaganda that says poor Hillary – this beleaguered, long-suffering woman – has tolerated a philandering husband and stood by him when he was President, and now it's her turn and she'll make all women proud.

For those to whom the name Kathleen Willey sounds vaguely familiar, it was she, a long-time Democrat faithful, who early-on in the Clinton presidency was doing volunteer work in the White House and ultimately learned much more than she had bargained for.

She and her husband Ed had fallen on hard times. So Mrs. Willey made an appointment with President Bill Clinton to discuss the possibility of getting a paying job with his administration.

When she and the president were behind the closed doors of the Oval office, the "leader of the free world" proceeded, against Willey's protestations, to assault her. Not surprisingly, the media echo-chambered Hillary's push-back claim that the negative publicity generated by Willey's Oval Office experience was another shot from the evil "vast right-wing conspiracy."

Oh, and by the way, just as Kathleen's ill-fated visit to the president was taking place, her husband Ed was dying – under "questionable" circumstances. (More about that ahead.)

That's the background spotlighted in the 2007 version of this book. Herewith the updated publication of the Hillary story.

The author, in her new version of Target, refers to Hillary's involvement in nearly every "secret police" effort to smear women abused by her husband, as well as other critics who attempted to expose him.

Media outlets are clearly overjoyed at the prospect of "Obama's third term," as personified by the Democrat Party's nomination of Hillary's "inevitable" presidential bid.

That would set us up for eight full years – if the country lasts that long – of criminality that knows no limits, especially if it means crushing (by literally any means) even the slightest threat to her "inevitable" lift to the White House for the 2-term limit of eight years (or perhaps longer).

Oh, yes, and also carrying on with the Obama "legacy" of driving this nation toward destruction. That's a given, just for starters, though of course not described in those terms.

According to Willey's report, Clinton crony Bernie Nussbaum quoted Hillary as sharing the view that "you should do harm to your enemies." Another voice in the "third term" is bound to be "Sid Vicious" Blumenthal, a holdover from the bad old days, albeit off the books.(Even Obama couldn't bring himself to OK that Hillary appointment when she was Secretary of State.) 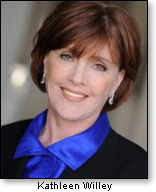 Blumenthal was quoted as saying politics is all about humiliating one's prey, not merely defeating one's foes.

To which Kathleen Willey adds, with regard to Bill's sexual scandals, "Hillary's modus operandi was always to crucify, destroy, and finish off the women [whom Bill abused], and never confront [Bill's transgressions]."

Tip of the iceberg?

In her "Update" section, Mrs. Willey adds some substance to a story only partially publicized at the time.

Norman Hsu, a well-connected "fat cat fund-raiser for Democrat[ic] politicians," attracted the attention of investigative reporters because of "straw donors" – i.e., people of modest means who transmit campaign donations given them by people who are well-healed, whose own true identities are hidden for the benefit of required campaign finance reports.

That, of course, was a law violation if, as suspected, Mr. Hsu provided $200,000 to the Hillary Clinton campaign. Over and above that, the Los Angeles Times reported Mr. Hsu was a fugitive. He was taken into custody by the authorities after he fell ill aboard an Amtrak train The California Zephyr that had been rolling through Colorado. He ultimately ended up in jail.

Kathleen Willey's book recounts again and again how supposedly – on the surface – "respectable" entities (public and private) were hired to smear, destroy, ridicule, and pulverize the reputations of anyone who even unknowingly got in the way of what has been all along the Hillary plan to reach the top pinnacles of power over the United States.

Under the title Nest of Spooks, Willey's focus is on two gumshoe outfits in particular: Prudential Associates, and the Investigative Group International (IGI) owned by longtime Hillary friend Terry Lenzner. One observer is quoted as describing the latter as the Clintons' de facto "secret police."

One would almost get the impression that there are not enough words in the dictionary itself to describe the underhanded, legally questionable, lowbrow methodology used to harass the likes of Willey on the Clintons' behalf.

And remember, we are focusing here on just one of the many victims of the Clintons – all because of Hillary's ambition-driven effort to bring down and ruin the lives of any whose political or other strengths disturb her own years-long drive to the White House. Bill's presidency and Hillary's own roles as First Lady, Senator, and Secretary of State were her route to success.

Over and above that, Bill's media-created perception as having had a "successful presidency" notwithstanding scandals that included impeachment would grant her the White House entrée.

Hillary tried to unfasten herself from Hsu's tangled web by offering to return $850,000 of the donations he had gathered, while telling the involved contributors they were, of course, welcome to make new donations. 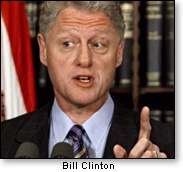 That, however, is but one sliver of the criminality affecting everything the Clintons have dealt with in ignoring such inconvenient factors as the law.

Breaking and entering, for example, are commonplace – all in a day's work – with this crowd that now wants you and me to accord them "a third term."

In a recent column, we mentioned the strange death of Vincent Foster, an old buddy of Bill and Hillary who died mysteriously at Ft. Marcy Park in Washington during Bill's first term in the White House. That case, as we have pointed out, was investigated by friends of ours who believe Foster was murdered and that the official finding of "suicide" was nothing but a cover-up – to this day. Through fear and intimidation, media mythology made it stick – for now. Someday, the truth will out, even if that has to await a generation or two.

In "Target," Kathleen is shown to have been victimized by a long list of criminal acts, apparently pointing to people amongst the Clinton operatives who felt it less than gratifying that some people who knew too much could not be trusted to keep their mouths shut.

NO tactic was off limits, including harassing Bill's 12-year mistress Jennifer Flowers, who, on advice from her lawyer, tape-recorded her phone conversations with Bill. Upon finding this out, it was Hillary who is quoted as saying: "We have to destroy her." And they did.

Nor was President Clinton himself swayed when it looked as if the doings of his crime administration were coming to light. When he declared he wanted everyone in the Independent Counsel's office audited, he was counseled by several in his circle not to go through with that tactic.

Whereupon, the president slammed his fist on the table, and thundered, "I can do any g...d thing I want. I'm the president of the United States. I take care of my friends and I f--- with my enemies."

At about the same time Hsu was taken off the Amtrak train, Kathleen Willey's house was broken into by apparently experienced intruders. Her credit cards and jewelry were undisturbed, as was her laptop. But the manuscript for her book was gone, complete with its revelations about Hillary's tactics, including "questions about Ed's [Kathleen's late husband's] involvement in campaign financing, and questions about Ed's suicide," according to Kathleen.

The manuscript was notable for the fact that others, including Willey's lawyer, had their own copies. It survives, and more of the contents may emerge during this fall's campaign. (This book hints at an incomplete, ongoing expose.) Maybe those questions will include whether Ed really experienced a "suicide." Maybe he "knew too much," and the mysterious agents of dirty work have more work assigned them. As Willey concludes, "This time, I'm ready."