November 5, 2016
With all the e-mails, leaked documents, and illegalities of many kinds showering down on Americans in the final stretch of arguably the most upside down presidential election in America's history, it is not surprising that we are becoming acquainted with more characters occupying the "woodwork" of the Clinton Crime Family.

That too? Of course 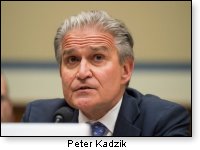 Comes now one Peter Kadzik, who, from his position in the the Obama Justice Department, quietly helped to keep shrouded from public view the information that the IRS was targeting conservative and Tea Party groups.

The sleuth "new media" journalist who tracked down this info is Matthew Vadum, perhaps best known for his 2010 book Subversion: How Obama's ACORN Red Shirts are Still Terrorizing and Ripping off American Taxpayers.

Vadum has more recently focused on Kadzik, whose title is Attorney General for Legislative Affairs. His close association with the Clintons links the current Hillarygate scandal to the 3 or 4-year IRS scandal.

"It is troubling," according to Vadum, "that ....Kadzik is involved in, and possibly overseeing the Justice Department's investigation of the 650,000 potentially sensitive e-mails found on a personal laptop. That computer is thought to have been used at home by disgraced Rep. Anthony Weiner (D-N.Y.) and his estranged wife, longtime senior Hillary Clinton aide Huma Abedin.

Kadzik looked the other way when it was discovered the highly partisan IRS employee Lois Lerner had conducted a witch-hunt against rank and file American patriots. All of this was done to facilitate an attack by a government hell-bent on destroying grassroots dissent by members of the Tea Party and other citizens using their constitutional right to petition the government. They wanted to send a message to address their grievances against high taxes and a government that floods the nation with people about whom we know nothing – some of them arriving here from places that have been breeding grounds for terrorism.

Why is this happening? Every power-obsessed liberal or so-called "progressive" figures that his/her political survival depends on having an increasing underclass amidst its population. From then on, no problem – just promise them endless prospects of "free stuff." And when that doesn't work, simply demand more control, and tell them that the more fortunate are to blame for their plight. It's the political gift that just keeps on giving. What the Hillary-style liberals crave above all else is power.

Looked the other way?

Kadzic, apparently a part of that power-hungry mindset, went beyond doing nothing about Lois Lerner's part in the cover-up. He actually "put the kibosh on any criminal prosecution" of Lerner in the IRS scandal.. Sure, why not? This is the Clinton machine, where – with Obama in office – no wrongdoing is punished. He sees Hillary as crucial to the preservation of his legacy in the never-ending push for a socialist America. 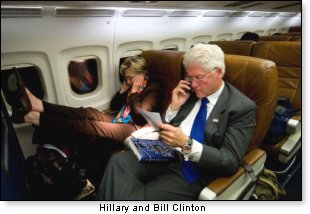 Attorney General Loretta Lynch, recall, held that supposedly hush-hush meeting in June on an airport tarmac in Arizona with Bill Clinton who, we are asked to believe just wanted to talk old times while his wife – running for President – was under investigation by Lynch's own department for serious criminal acts.

The entire Hillarygate scandal that finally appears to be catching up with the Clintons is rife with such improprieties, all in the interest of elevating its namesake woman to the White House.

Oh, surprise! Peter Kadzik, to quote Vadum, "left a slime trail before joining the Justice Department." He represented fugitive financier Marc Rich who sought and received a pardon from then outgoing President Bill Clinton, thanks to Kadzic's efforts. Rich then got away with violating U.S. trade sanctions and sanctions against the likes of terrorist Iran and Communist Cuba. And this, again, from Kadzik's position in the Obama Department of Justice.

Kadzik received more flak from Wall Street Journal columnist Kimberly Strassel who cited his role as one of several inside that government agency who was "pulling strings" and "flacking for Mrs. Clinton all along."

It is fitting here that we quote from Matt Vadum's 2010 book Subversion, where the author quoted from an interview he conducted with the ever-prescient Newt Gingrich. (Bear in mind again this is six years ago, when Obama had been in the White House for only two years).

"Obama is doing so much damage to the Left that by the time this cycle is over in another four to six years, we may have very fundamentally different rules of engagement. I think you're about to see an enormous middle- class resurgence of people who are just fed up."

Newt of course could not have pinpointed the exact timing of his prediction. It could have been that he sensed something like Hillarygate 2016 was on its way. This time, it may stick, regardless of the election's outcome. Once you awaken an overly patient sleeping giant, there's no telling what will happen.