Wes Vernon
Antifa: The violent, militaristic troops of the ongoing war to take down America

August 31, 2017
The vast "fake news" effort to hide the truth about Antifa as a "radical anti-American, anti-free market, communist, socialist, hard-left censorial organization" has been exposed for all the world to know. It's nicey-nicey Deep State cover-up designation as simply a "civil rights" group has been torn to shreds in a delightful "emperor with no clothes" moment. The exposure was not publicly affixed by that guy who writes for RenewAmerica. 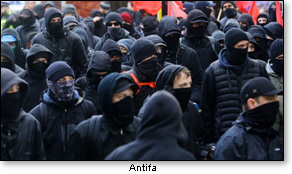 No, that description comes to us from Harvard law professor and liberal author Alan Dershowitz. In an interview on Fox and Friends, the professor rebuked the far-left militant movement, and warned his fellow liberals they need to avoid turning that outfit of America-haters and other violent leftists into heroes.

Further, the educator opined that "the idea of willy-nilly going through and doing what Stalin did, just erasing history and re-writing it to serve current purposes, does pose a danger, and it poses a danger of educational malpractice, of missing opportunities to educate people, and of going too far."

Thank you, professor; now this....

Antifa came to public view slowly. That's because the media slow-walked it as they instructed us supposedly supine sheep on what to notice and what to ignore. It took the President of the United States to note that in Charlottesville there had been violence on – (gasp!) – both sides. (Did you hear that? B-o-t-h sides.) Doesn't he know that when the media echo chamber enunciates the designated devils the sheep are ordered to revile, they are thereby commanded to revile only those perpetrators of supposed deviltry that Fake News tells them to denounce?

The Wall Street Journal was critical of Donald Trump during the primaries (presumably, he was deemed not sufficiently Chamber of Commerce-like). With some unfortunate exceptions – i.e. illegal immigration – many WSJ editorials are quite good. 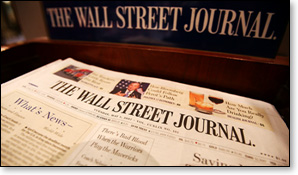 WSJ, in one of its better moments, and backed by diligent research, has called out the Antifa leftist hate group. In a recent editorial, the lions of upscale journalism listed at least 10 previously hidden (by the Fake News outlets) facts about this organization, mainly based on its (and/or its adherents') attempts to shut up right-of-center groups that attempted to have their say in planned gatherings in Berkeley, California. Here's the editorial's list:

1. Arrests for assault with a deadly weapon. (At Sunday's Berkeley riot, there were 13 such arrests.)

2. The Berkeley melee "revealed an increasingly violent fringe of the radical left."

3. They are "mostly anarchists and anarcho-communists" who often refer to each other as "comrades," as in the old Soviet-controlled Communist cells in the U.S.

4. They see the police as "legitimate targets" as supposed defenders of "government and corporate America."

5. Out of their own mouths, WSJ cites this quote: "In this state of affairs, there is no such thing as nonviolence."

6. Antifa uses Orwellian language such as "anticipatory self-defense" to engage in violence, vandalism, and other unlawful tactics.

7. While out of one side of their mouths they eschew censorship, the other side of their mouths lets us know they believe that some ideas (those with which they disagree, of course) should not "gain currency"; thus they heartily approve of the heckler's role in seeking to shut down speeches and rallies they view as abhorrent. (These people probably lie awake at night plotting to shut up anyone who rejects their "wisdom.")

8. A truly vile practice of this self-appointed nanny of Marxism is to see to it that people who oppose them are fired from their jobs.

9. As the WSJ noted, "Democracies solve conflict with debate, not fisticuffs." Based on Antifa's performance, that idea is not held by these anarchists.

10. Antifa adherents use "black bloc" tactics, covering their faces in cowardly KKK fashion to hide their identity as they inflict pain on their fellow citizens.

And this column adds a Number 11. At an Antifa website, the group claims its basic belief is that the Civil War was never really settled, and that therefore it is time to finish the job. That is straight out of Howard Zinn, the late Communist author who said the 1861-1865 war that killed more than a half million people was ended too soon, because the final settlement denied this nation's supposed yearning for a Zinn-like socialist state. 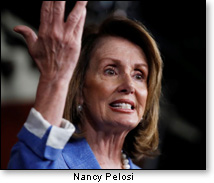 Nancy "gets into the act"

In a statement publicized by The Washington Times, Ms. Pelosi said "Our democracy has no room for inciting violence or endangering the public." And she adds, "The violent actions of people calling themselves Antifa in Berkeley deserve unequivocal condemnation, and the perpetrators should be arrested and prosecuted."

Ms. Pelosi may be sincere, BUT this could also be an indication by the high-ranking Democrat of an effort to slither away from the party's disasters of no evidence of Russian collusion, despite a stacked deck in the "Special Prosecutor's witch hunt; day-in, day-out lying by the Democrat/media complex in an attempt to overthrow the results of a presidential election; and on top of all that, defeat for Democrats in four out of four congressional elections earlier this year.

So who can blame Nancy if she says, "Hey, wait a minute, you voters out there. I'm trying to tell you that this statement on my part shows that not all Democrats have gone crazy! Just make me Speaker again and everything will be just fine. Right? Hello! Anybody home? We're not all crazy, honest! Hello!?"