October 31, 2017
There is obviously a crucial race underway in Washington. (Again? Yes.)

This contest is generated by those who are trying to overthrow an election with a seemingly bloodless coup. The so-called "mainstream" are tossing to the four winds any and all pretense of objectivity and openly aiming to smear out of office a duly elected President of the United States. The lying insults are boundless, even stooping to paying for scurrilous criminal libel in what was a vain attempt to get unverified trash to public attention just before last year's election. That was one of Harry Reid's smears that was shot down on his way out the Senate door.

Against that are the badly outnumbered voices exposing the "fake news" for what it is – basically performing the functions of a cross between a wolfpack and a hanging judge.

Against the once-upon-a-time monopoly of the traditional TV networks, the cable news channels (except Fox), the well-established urban dailies (those still printing and living largely on their longevity), much of the entertainment media (the "usual suspects"), and the "big money" destroyers of America – against that virtual equivalent of one merciless giant mowing machine, we have here and there the voices of balance and sanity such as the Wall Street Journal, the Fox News and Business channels, the New York Post, Investors Business Daily, a smattering of truly "hometown" weeklies, and of course the conservative radio and TV talk-show hosts willing to resist the efforts by the "Hate America Left" (HAL) to shut them up. 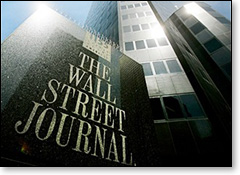 In every praiseworthy effort, there are heroes who deserve accolades. This fight (arguably in the battle to save America itself) is no exception. With that in mind, we must here offer our thanks to the Wall Street Journal for such columnists (by no means the only ones) as Holman Jenkins and Kimberly Strassel, and others. Beyond that, a healthy shout-out goes to the always anonymous men and women at WSJ who crafted the brilliant editorial this past week calling for the resignation of the badly compromised Robert Mueller as "Special Counsel" to investigate the phony allegations of President Trump's "collusion" with the Russians.

In that respect, one more heavyweight from that highly respected newspaper's lineup of talent is needed to "put it all together," for lack of a better term.

This of course is not the first time we have had a president pushing ahead with his agenda against the sustained efforts of the Hate America Left to bring him down. At one point, the "Special Counsel" was attorney Lawrence E. Walsh, brought out of retirement specifically to investigate a phony, cooked up "scandal" tabbed the Iran-Contra affair.

A WSJ icon at the time named Gordon Crovitz struck out largely on his own to bird-dog all the abusive, poorly-researched attempts to slander the name of arguably America's greatest president of the 20th century – a reference, of course to Ronald Wilson Reagan. What's more, Gordon Crovitz, utilizing his superb talents, his endless connections, investigative know-how, and sheer courage, not only saved Reagan from a take-down in his reputation, but he fended off what at the time was an effort to block the Gipper's steady, cleverly planned effort – in coordination with Pope John Paul II and Margaret Thatcher – to take down the Soviet Union's "evil empire" without firing a shot.

As with the current case where 20 percent of America's war-making potential uranium supply ended up in the hands of the post-Soviet Russians, the effort to oust President Reagan in the previous era was arguably shot-through with "the t word" (Can you say "treason?" Strange how history repeats itself, isn't it?) But recall that ex-President Jimmy Carter and Senator Ted Kennedy sided with the Soviets and offered their sympathies with what was then the "evil empire's" slow but steady demise, while opposing Reagan administration policies. Ex-President Carter even called at the Soviet embassy to offer advice and support. The current Russia-connected event is more opaque, but no less a slap in the face to America. 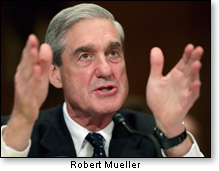 Gordon Crovitz not only had to fight the usual battles against the rest of the "prestige" media, he also had an internal battle with his own newspaper. Crovitz was then with the editorial page. The "news" section at the time more or less accepted the establishment version of what was happening. The late Robert Novak said in his memoirs that he had overheard "news" and "editorial" officials arguing over who had exclusive WSJ rights to the Iran-Contra story. The "news" people waxed indignant that the editorialists would presume to be so rude as to explain things in ways that did not always verify the "news" versions.

But Crovitz kept digging, digging, digging until in the end he had poked so many holes in the opposition line that Lawrence Walsh looked like the proverbial "emperor with no clothes." The "white shoe" attorney flapped around in frustration at being cut off at the knees when new President George H.W. Bush put an end to Mr. Walsh's efforts to carry on his showbiz-like antics. Walsh even at one time had toyed with the idea of sending Reagan to prison. The Soviets ultimately fell; Ronald Reagan left town with his head held high, with his respected place in history intact; and once again, efforts that would have brought down America failed.

If you look up Gordon Crovitz in Who's Who, you will find the true icon has so many honors to his name that he comes off as a seasoned but still healthy 60-years-of-age "heavyweight" in investigative journalism; executive; and business man. It is in no way a criticism of today's scribes at WSJ that this column humbly suggests that the current Wall Street Journal coverage of today's "Special" Counsel hit squad again add to its ranks Gordon Crovitz, a man with experience in dealing with "Special Counsels," each one out to make a name for himself, even if that puts the U.S. at risk. In the military, when you need extra help, you call in the Marines. This suggestion is more or less a civilian counterpart to that truism.