Michael Victory
Education and kicking the can

May 27, 2011
As Quantitative Easing II runs out, the U.S. economy will attempt to stand on its own feet. Organizations that rely on government funding are only beginning to feel the squeeze. The school district where I work will freeze pay and eliminate tuition reimbursement for all employees next year as a result of budget cuts. It is time for all levels of education to get leaner, K-12 and higher education. 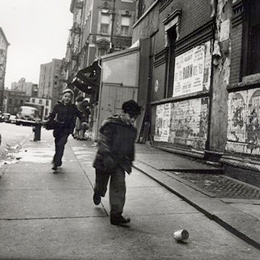 If the U.S. economy and education at all levels are to experience sincere growth, excessive spending needs to be controlled. This might mean universities in many states be permanently shut down. If a scheme like Quantitative Easing III comes along, the excessive spending smokescreen will only shield the problem temporarily. More QE will only "kick the can down the road," and when the smoke clears and reality reveals itself, the fall will be even more vicious.

What is the meaning of the phrase "kick the can down the road" anyway?

Ehow (2011) explains the children's game "kicking the can." Kicking the can is much like hide and seek. It is often played in the street thus the "down the road" part. In most forms of the game, one person (who is not "it") kicks the can, then a person who is "it" must retrieve the can before he or she can chase and find the other players. 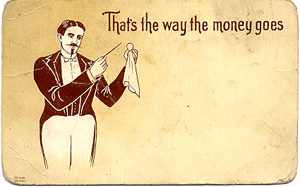 Kicking the can as far down the road as possible gives the other players the maximum possible time to hide, scatter or whatever is required by the game. Figuratively, "kicking the can down the road" is similar to a delaying tactic or putting something off until later.

Sooner or later we will be forced to allow supply and demand to properly rebalance the hocus-pocus. Government might begin the process by abandoning debauched funding allocation, killing artificially low costs of credit, and eliminating unsustainable increases in the money supply. This is the only way genuine growth can occur.